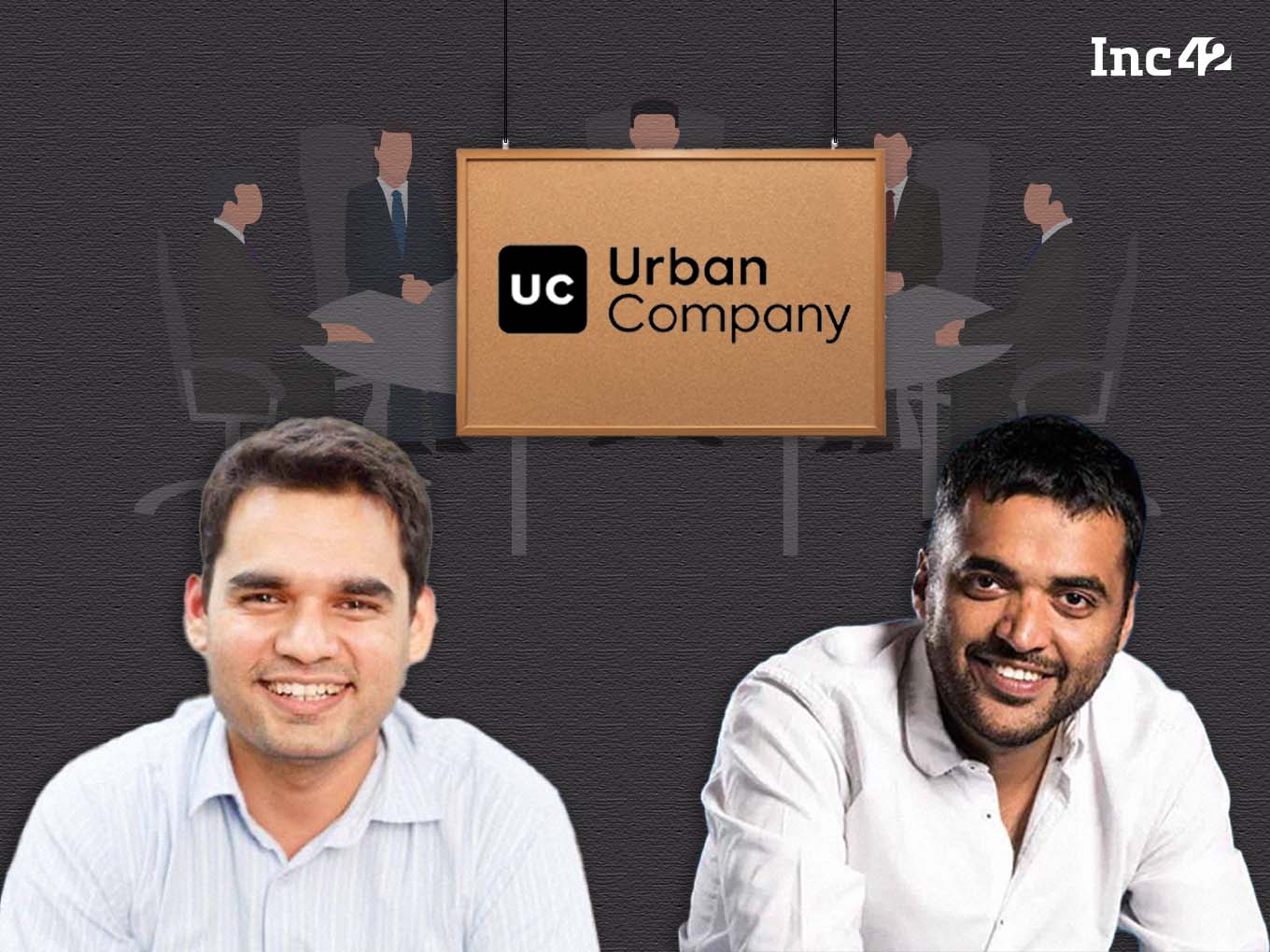 Urban Company is present in more than 40 cities in India and four international markets including Australia, Singapore, Dubai and Abu Dhabi

The new independent board members are Ireena Vittal, former partner at McKinsey & Co.; Ashish Gupta, cofounder of Helion; Shyamal Mukherjee, former chairman and senior partner at PwC India; and Deepinder Goyal, founder and CEO of Zomato, according to a press statement.

Meanwhile, UC entered into the unicorn club with a $255 Mn Series F funding round in June 2021 led by Prosus Ventures, Dragoneer and Wellington Management, with participation from Vy Capital, Tiger Global and Steadview. It was valued at $2.1 Bn at that time.

In December 2021, UC filed a civil suit against four of the protestors, citing that the protests are illegal. The startup has been marred in controversies as some of its partners, mostly beauticians staged protests in the past outside its headquarter due to its workers’ policies.

The Delhi NCR-based startup rebranded its various verticals in 2020 and made them sub-brands of UC. Its home beauty vertical was split under the women-focused brand Urban Beauty, men’s grooming brand Urban Grooming and Urban Spa for at-home massages, while home improvements and repairs came under self-explanatory Urban Cleaning, Urban Repairs, Urban Painting sub-brands.

It has a partner network of 40,000+ handpicked service professionals, empowered through training, technology, financial services, tools, product procurement and a host of other ecosystem enablers, thereby transforming them into organised and high quality micro entrepreneurs.

“We are humbled to have esteemed industry leaders join our board as independent directors, as we step into our next phase of growth. They bring in a lot of experience and industry expertise that will guide us in our company building journey,” said Abhiraj Singh Bhal, cofounder and CEO of Urban Company.

A brief about the appointed independent directors:

Ireena Vittal serves as an independent board member of companies including Compass Plc, Diageo Plc, Godrej Consumer Products Ltd., HDFC Ltd., Wipro Ltd. She remained a partner with McKinsey & Co for 16 years. Vittal has a graduate degree in electronics from Osmania University and completed her MBA from IIM, Calcutta.

Dr. Ashish Gupta is a cofounder of Helion and serves as independent board director for Info Edge, Hindustan Unilever, Pubmatic, Simplilearn and Gupshup. He is also the former cofounder of Tavant Technologies and Junglee. He has also worked at Woodside Fund, Oracle Corporation and IBM Research. He holds a Ph.D. in Computer Science from Stanford University, and a Bachelor’s degree from IIT Kanpur.

Shyamal Mukherjee is the former chairman and senior partner at PwC in India. He is a Chartered Accountant and holds degrees in Commerce and Law from the Delhi University. He is also a non-executive independent director board member of ITC since 2021.