Important Happenings From The World Of Cryptocurrency, Bitcoin, ICOs And More [21-27 April] 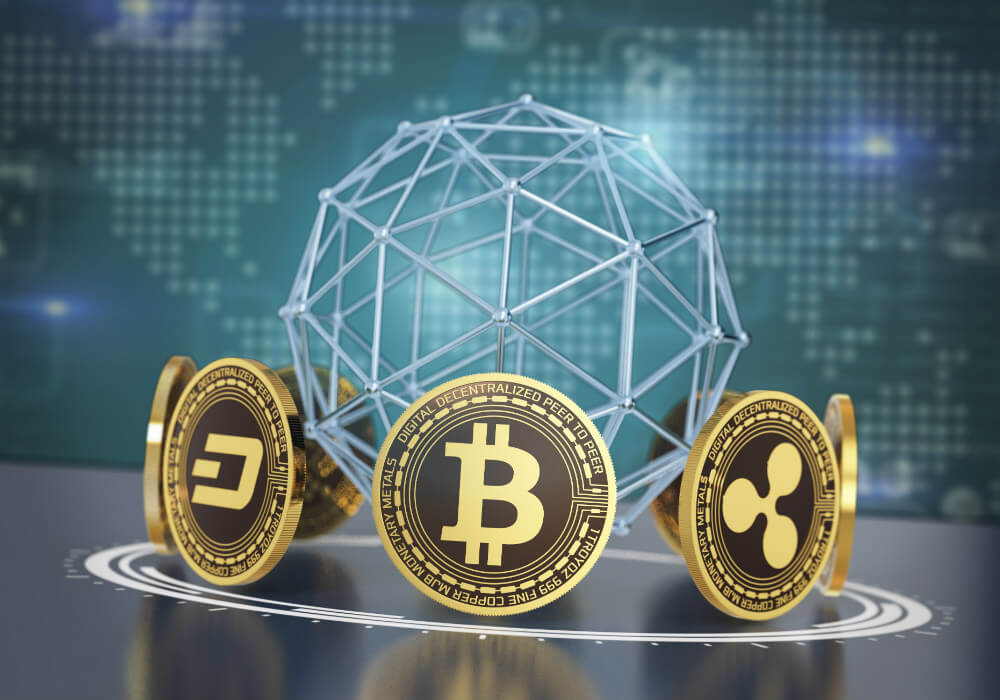 Amid Indian government and authorities like the RBI trundling against Bitcoin, cryptocurrency exchanges have decided to stand up the challenge to survive the brunt. While crypto entity Kali Digital has already knocked Delhi High Court’s doors against the RBI’s recent circular, leading cryptocurrency exchange Zebpay has decided to launch crypto-to-crypto trading on its platform to reduce the dependency on banks.

After the US and many other countries convulsing Zuckerberg’s ears over data leak and trust breach issue, social media giant Facebook has toughened its stance on Bitcoin spammers. However, it is Twitter that bearing the Bitcoin brunt now. Reports suggest that spammers are duping Twitter in getting blue check verification marks which are further used to impersonate real individuals spamming users about cryptocurrencies.

Let’s take a look at the recent cryptocurrency developments!

While the respondents, in this case, are the RBI, the Indian government and the GST Council, the next hearing is on May 24, 2018.

As the matter is now under sub judice, the petitioner, when contacted by Inc42, chose not to comment on the development.

As per the petition, reviewed by Inc42, legal firm Khaitan and Co, serving as an advocate for petitioner Kali Digital, in the writ petition W.P.(C)  3677/2018 filed, has alleged that the RBI banning banks from dealing with cryptocurrency entities violates Articles 19 (1) (g) and 14 of the Indian Constitution and at the same time, this will lead to the closure of such firms.

In India, the investigation against the crypto guru Amit Bhardwaj has further revealed a string of his companies registered across the globe including in Singapore, Hong Kong, British Virgin Islands, Estonia, Dubai and US, where Bhardwaj and brothers Vivek and Ajay and father Mahendra Kumar hold directorship, reports Factor Daily.

In another curious case of Bitcoin crime, a prime suspect named Sindri Thor Stefansson in ‘big Bitcoin heist’ has escaped the Iceland-based prison and fled on the plane with country’s prime minister. As per The Independent, the prime suspect in the theft of more than 600 computers that were used to mine Bitcoin climbed out of a window at the low-security Sogn open prison, a low-security facility which had no fences. He had boarded the Icelandair flight bound for Stockholm Arlanda airport at Keflavik Airport, using another person’s passport.

The European Union Parliament has supported a move that will make cryptocurrency exchanges require to apply customer verification rules to their platforms. Major EU exchanges have welcomed the move, as it is being recognised as a step forward towards the regulation instead of banning.

Members of European Parliament (MEPs) passed the move by 574 votes to 13 votes, with 60 abstentions – a December 2017 agreement reached with the Council, which also proposed closer regulation for virtual currencies like Bitcoin, to prevent them from being used for money laundering and terrorism financing.

The agreement represents the fifth and the latest update to the EU’s Anti-money laundering Directive and is partly a response to the terrorist attacks of 2015 and 2016 in Paris and Brussels, as well as the Panama Papers leaks.

As per the official statement, the new measures also address risks linked to prepaid cards and virtual currencies. In a bid to end the anonymity associated with virtual currencies, virtual currency exchange platforms and custodian wallet providers will, like banks, have to apply customer due to diligence controls, including customer verification requirements.

US Venture Capitalists Lobbying Against Cryptocurrencies Being Termed As Securities

As the US Securities and Exchange Commission (SEC) Chairman Jay Clayton termed, “Simply calling something a ‘currency’ or a currency-based product does not mean that it is not a security. And, selling securities requires a license,” US-based venture capitalists (VCs) and entrepreneurs are now lobbying federal regulators to protect at least some cryptocurrencies from being categorised as securities, reports The New York Times.

As per the report, VC firm Andreessen Horowitz along with a group of investors and lawyers met the Securities and Exchange Commission and proposed a “safe harbour” for some cryptocurrencies.

Post securities recognition, the cryptocurrencies as well as the exchanges will be subject to regulators and cryptocurrency enthusiasts believe that will affect the Ethereum and other leading cryptocurrencies’ price adversely.

Meanwhile, the SEC recently announced additional fraud charges stemming from an investigation of Centra Tech Inc.’s $32 Mn ICO. The SEC charged one of Centra’s co-founders, Raymond Trapani, in a fraudulent scheme related to Centra’s 2017 ICO, in which the company issued “CTR Tokens” to investors.

Providing the funding and other details, the report went on to claim that XDEX is planning to do an OTC (Over-The Counter) market which would focus on large fiat and Bitcoin transactions.

It is worth noting that the OTC trade usually does not record in order books, and after RBI ban, once the Indian banks’ notification period gets over, the OTC trading might to India India as well, with the multiplied volume of Bitcoin transactions.

Meanwhile, the Venezuelan demand for Bitcoin has reached a record level in April, amid annual inflation of astonishing 4,000%. People are buying Bitcoins to escape regulatory authorities.

Leading cryptocurrencies are back on track with Bitcoin leading the race at $9K. Are ‘achhe din’ on the way for Bitcoin enthusiasts? Even if it is, will Indian traders and investors be able to encash the opportunity amid the RBI blocking the crypto-way?