FreeCharge Raises INR 200 Cr. From Sequoia Capital And Others In Series B

FreeCharge Raises INR 200 Cr. From Sequoia Capital And Others In Series B 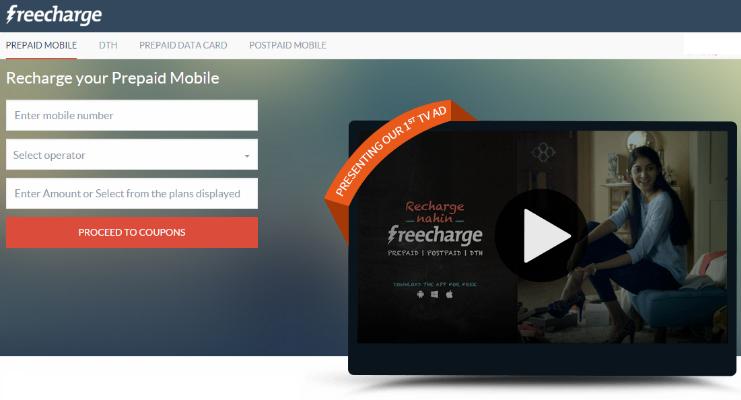 Online recharge platform, FreeCharge has grabbed INR 200 Cr. in a new round of funding led by its existing investor Sequoia Capital, with Belgium-based investment firm Sofina and Russian Internet and technology investor ru-Net also participating in the round.

In 2012, Sequoia had invested about INR 20 Cr in FreeCharge and prior to that it also led seed round in the online recharge startup in 2011.

FreeCharge plans to build up its transactional advertising offerings with this fund raise.

FreeCharge, a business unit of Accelyst Solutions Pvt. Ltd. as a online recharge platform allows consumers to recharge their prepaid mobile phones, DTH connections or data cards. It connects about 120 brands such as McDonalds, Domino’s Pizza and PVR with consumers. Currently, it has over 10 Mn registered users.

FreeCharge was founded in 2010 by Kunal Shah and Sandeep Tandon, head of technology conglomerate Tandon Group. Last year, Alok Goel joined in the team as Chief Executive Officer after moving out of redBus.

“The differentiation we bring in is that we link marketers directly with consumers. Marketers have realised that our platform has a direct impact on their sales,” said Alok Goel.

The startup is now evaluating global locations where it can replicate its business model, though denied sharing when the global launch will happen.

Last month, FreeCharge had acquired Delhi based Preburn, a beta stage startup in the mobile space. The startup was also in news after Wishberg’s founding team had joined the FreeCharge Team post its shutdown.

Other players operating in the same space includes MobiKwik and Paytm.

Recently, FreeCharge has also come out with its first TVC have a look into it: