Blue Origin competes with SpaceX in the reusable spacecraft industry 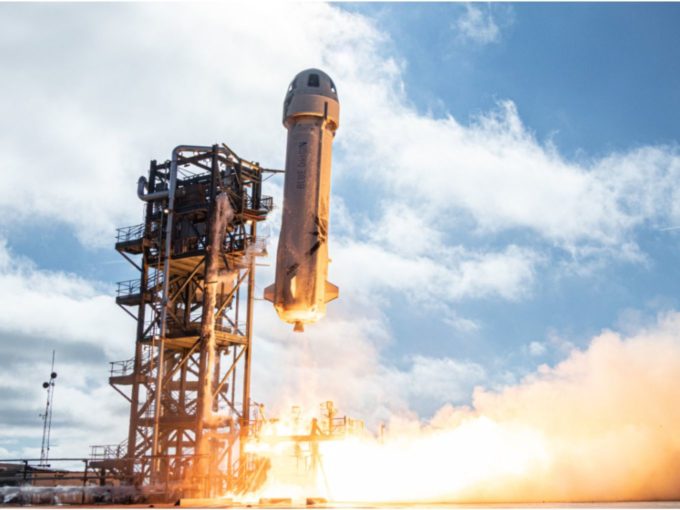 It is powered by the proprietary BE-3 engine (Blue Engine 3) and the VTVL vehicle has been preparing to take astronauts to space since 2018. This launch marked the ninth commercial payload mission for New Shepard and also onboarded its 100th customer.

Currently, the mission is backed by NASA, Columbia University and companies such as United Launch Alliance. In a statement, the company said that this mission was a step closer towards testing New Shepard’s limits for human spaceflight as the company will continue to mature the safety and reliability of the vehicle.

Apart from New Shepard, Blue Origin has also developed New Glenn orbital launch vehicle designed for operational reusability. It will be powered with BE-4 (Blue Engine 4), which is said to be one of the world’s most powerful liquid oxygen or liquefied natural gas engine. This project is expected to be launched early next year.

After the successful launch of Risat-2BR1 satellite, on Wednesday, alongside nine commercial satellites from the US, Israel, Japan and Italy, ISRO is also gearing up for its next missions. It is currently working on Aditya L1 mission, a spacecraft mission to study the sun, scheduled to be launched this year, or early next year.

Another project in the pipeline is the Gaganyaan mission for spaceflight, scheduled for between 2021 and 2022. Once this is launched, India will become the fourth nation in the world to launch such a mission after the US, Russia and China. ISRO, known for its cost-effective and economical space missions, estimates that the Gaganyaan project would cost nearly $1.4 Bn. This is expected to be India’s biggest and most expensive space mission of all time.

Additionally, ISRO is also planning to launch its next lunar mission Chandrayaan-3, scheduled to be launched in November 2020. According to ISRO, this will be a Lander-Rover mission, as the Orbiter from Chandrayaan-2 is working perfectly.