Risat-2BR1 will be accompanied by nine commercial satellites from the US, Isreal, Japan and Italy

The satellites will be launched from the Satish Dhawan Space Centre in Sriharikota on Wednesday at 3:25 pm IST

The imagery from Risat-2BR1 will be used for monitoring disaster events, rescue mission and more 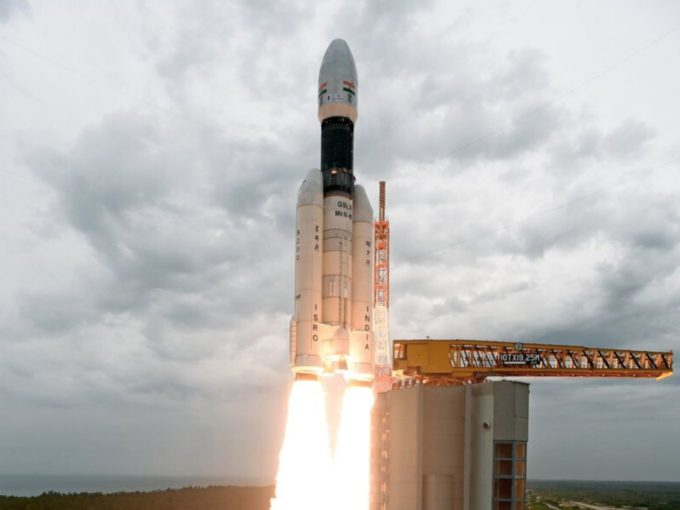 After a successful launch of Cartosat-3, the Indian Space Research Organisation (ISRO) is all set to launch a second spy satellite called the Risat-2BR1 on December 11. The radar imaging earth observation satellite (Risat-2BR1) will help ISRO to monitor disaster events, rescue mission and surveillance purposes among others.

The Risat-2BR1 will be accompanied by nine commercial satellites, which include multi-mission Lemur-4 satellites from the US, technology demonstration Tyvak-0129 and earth imaging 1Hopsat from the US; remote sensing Duchifat-3 from Israel; a radar imaging earth observation satellite QPS-SAR from Japan; and search and rescue Tyvak-0092 from Italy.

According to Times Now report, ISRO will be launching the Risat-2BR1 using Polar Satellite Launch Vehicle (PSLV-C48) rocket from the Satish Dhawan Space Centre in Sriharikota in Andrapradesh on Wednesday at 3:25 pm IST. The Risat-2BR1, which weighs about 628 Kg and has a life span of five years, will be placed into the earth’s orbit of 576 Km.

The Risat-2B satellite is equipped with an X-band synthetic aperture radar. It will scan through the sky to observe the earth’s surface 24×7. The RISAT-2BR1 is the second satellite of Risat-2B series. The first satellite Risat-2B was launched on May 22, 2019.

If this mission goes successful, the total number of foreign commercial satellites launched by ISRO will be 319.

Last month, ISRO had launched a high-resolution earth observation satellite, Cartosat-3 alongside 13 commercial nanosatellites from the US. All the satellites were successfully placed in their designated orbits. According to ISRO, Cartosat-3 will be used for cartographic (mapping) applications, urban and rural development applications, infrastructure planning, monitoring of road networks among others.  It is one of the most complex and advanced earth observation satellite built so far.

In addition to this, ISRO had also announced the launch of its next lunar mission Chandrayaan-3 by November 2020. The team ISRO has already started working on this project and also requested the Indian government to send additional INR 75 Cr from the existing budget of INR 666 Cr. The Chandrayaan-3 mission is said to be a Rover-Lander mission as the Orbiter from Chandrayaan-2 is in perfect working condition.

Earlier last week, ISRO had announced the setting up of five space technology cells (STCs) at India’s premium engineering and science colleges to conduct space research, build new satellites and high-end technology. The STCs have been set up at Indian Institute of Technology (IIT) campuses in Bombay, Kanpur, Madras and Kharagpur. Followed by Indian Institute of Science (IISc) from Bengaluru and Savitribhai Phule Pune University (SPPU).