ISRO has formed several committees to work on Chandrayaan 3, which consists of various panel members and three sub-committees among others

The Chandrayaan 3 will be a rover-lander mission

The Chandrayaan 2 orbiter, recently sent a three-dimensional image of a crater on the Moon near Lindbergh 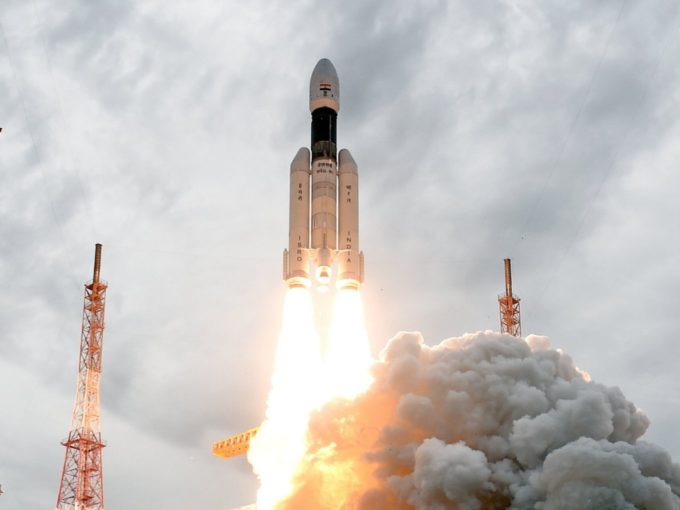 The Indian Space Research Organisation (ISRO), on Thursday, announced that it is planning to launch its next lunar mission, Chandrayaan 3, by November 2020.

According to a TOI report, ISRO said that it has already started working on Chandrayaan 3. The Indian space agency has also formed several committees, consisting of various panel members, three sub-committees and experts, and have held at least four meetings over the last one month.

ISRO has narrowed down various recommendations related to sub-committees on propulsion, sensors, navigation and guidance among others, after reviewing the configuration of Chandrayaan 3. However, the cost of this project has not been revealed yet.

Interestingly, the Chandrayaan 3 mission will include only one lander and one rover, as the orbiter from the previous mission, Chandrayaan 2, is functioning smoothly, the report added.

An ISRO scientist, involved with the project, reportedly said that the space agency has looked at 10 specific aspects of the mission. This included landing site selection, absolute navigation, and local navigation among others.

The Chandrayaan 3 team will be focussing on detailed analysis on improving the landing system, alongside using a detachable module to optimise the number of manoeuvres around the Earth and also during the entry into the lunar orbital.

The Chandrayaan 2 mission, which was launched on July 22, 2019, failed to complete the mission after it lost contact with the lander called Vikram and a six-wheeled rover named Pragyaan. However, the Chandrayaan 2 orbiter made it successfully into the lunar orbit.

On November 13,  the Chandrayaan 2 orbiter, which is revolving around the moon, had sent a three-dimensional image of a crater on the Moon near Lindbergh captured by the Terrain Mapping Camera-2 (TMC-2). Additionally, it has also sent a 3D view of a wrinkle ridge near Dorsa Geikie.

ISRO is currently working on multiple projects including the Aditya L1 mission, which is a spacecraft mission to study the sun, scheduled to launch in 2019-2020.

Additionally, it has already started working on the Gaganyaan mission, planned for 2021-2022. This is India’s first attempt to send astronauts. If this happens, India will become the fourth nation in the world to join the legacy. The Gaganyaan mission, which costs nearly $1.4 Bn, is expected to be India’s biggest and most expensive space mission of all time.