The Vikram lander had missed its target by 500 metres 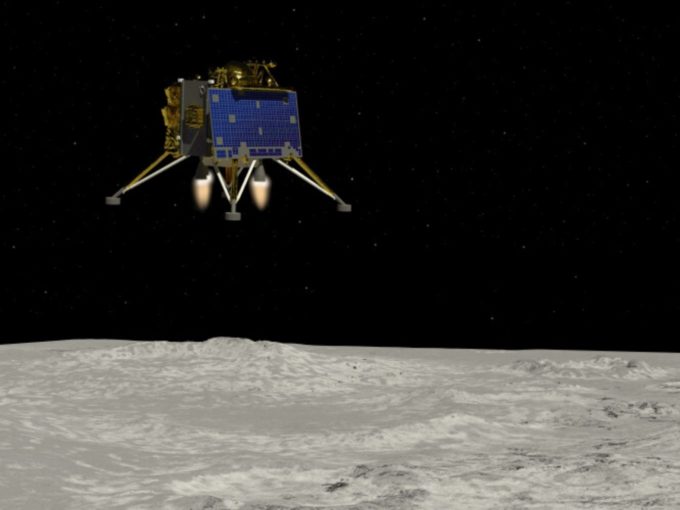 NASA on Tuesday (December 3) announced that its Lunar Reconnaissance Orbiter Camera (LROC) spotted India’s Vikram lunar lander part of India’s partly-successful Chandrayaan-2 mission. The image captured by LROC showed the site of the spacecraft’s impact and associated debris field when it made a hard landing in September.

In a Twitter post, NASA said “The #Chandrayaan2 Vikram lander has been found by our @NASAMoon mission, the Lunar Reconnaissance Orbiter.”

Indian engineer Shanmuga Subramanian contacted the LRO project with positive identification of the debris, which was confirmed by comparing the images before and after landing.

In a press statement, NASA said that the Chandrayaan-2’s Vikram lander which was targeted for a highland smooth plain about 600 Km from the south pole of the moon, unfortunately, lost contact with the orbiter shortly before the scheduled landing on September 7, 2019.

Earlier this week, the Indian government revealed that Vikram lander had missed its target by 500 metres, narrowly missing out on what would have been a historic landing.

Appreciating the work of ISRO and the Chandrayaan-2 team despite the Vikram lander crash, NASA said that getting close to the surface is an amazing achievement by itself. It further stated that the LROC team released the first mosaic (images acquired on September 17) of the site on September 26, and many people had downloaded the images to search for signs of Vikram.

The above image from NASA shows the Vikram Lander impact point and its debris field. The green dots indicate spacecraft debris (confirmed or likely) while the blue dots show soil impact.

Earlier this week, Jitendra Singh, the minister of state for the department of atomic energy and department of space said that the Chandrayaan 2’s Vikram lander’s braking thrusters failed and had a hard landing around 500 metres from the designation landing site.