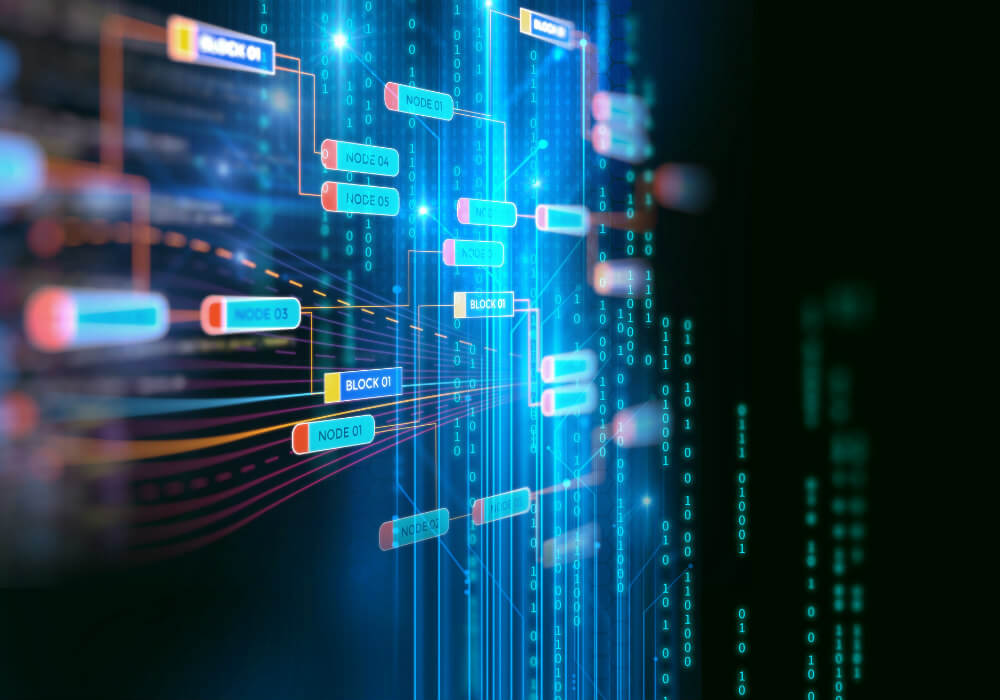 Blockchain is getting more traction in India and worldwide. In the latest news, Facebook has announced plans to form a blockchain division, to explore the decentralized ledger technology further.

In India, Karnataka, Andhra Pradesh, Kerala, Telangana and Maharashtra are some of the states which are either working on the pilot projects or are in the process of developing PoCs for e-governance.

According to 6Wresearch, India blockchain technology market is projected to grow at a CAGR of 58% during 2018-24. The market would be highly dependent on increasing growth of digital payment solution through several intermediaries including digital wallets and UPI.

IIT Kanpur To Set Up A Blockchain Startup

Aimed at bringing transparency, trust and efficiency in governance, the office of the National Cyber Security commissioned a project worth $5 Mn to IIT Kanpur to develop indigenous blockchain architecture for e-governance.

Speaking to Inc42, Sandeep Shukla, Professor, Department of Computer Science and Engineering stated that the entire project will run in three phases. While the first phase which is of 2-month duration, will explore the blockchain-based applications in e-governance, their scope and scalability, the next phase will be 22-month-long that Will precisely focus on the R&D and developing of PoCs.

The phase III will be three-years long, and we will then be actually creating an IITK incubated company which will be 100% owned by the IITK to commercialise the prototypes developed in phase II. This will also do the solution engineering. Phase III will be about perfecting the solutions in collaboration with at least two government companies or entities.

Commenting on the development, Special Chief Secretary and IT Advisor to the Chief Minister – Govt. of Andhra Pradesh, J A Chowdary said, “We invited global companies that have worked in this field and we gave them 3-4 AP government pilots. After giving them the pilots, we were convinced that this technology can be our saviour.”

India, UAE Set To Work On A Blockchain Project

Amid high traffic of workers from India to UAE, both the countries will form a blockchain-based institutional mechanism to mutually recognise the workers’ qualifications. So far, many of the technical qualifications are not recognised by the UAE authorities, reported Gulf News

In an interview, Navdeep Singh Suri, India’s Ambassador to the UAE stated, “We even spoke with the UAE officials about the possible cooperation in the UAE’s ambitious programs to get into the cutting edge technology and adopting blockchain technology in different parts of the government. It is a great objective! India has already embarked on a program to train a lot of people in blockchain technology.”

The state government of Assam has partnered with California-based blockchain startup Nucleus Vision to leverage the Nucleus Vision Blockchain Protocol to build dApps for internal government functions as well as citizen-facing applications.

Speaking on behalf of the Assam government, K.K. Dwivedi, IAS, the state’s Commissioner, Industries & Commerce Department & Managing Director, AIDC said, “With blockchain, we are presented with such an opportunity and we look forward to bringing a positive impact to the people of Assam. This partnership is a step towards stamping India’s authority as a blockchain powerhouse.”

With the Nucleus Vision Blockchain Protocol, the Assam government aims to develop a high level of flexibility and customization in building governance-oriented blockchain apps.

Commenting on the development, Nucleus Vision CEO Abhishek Pitti said, “The government’s initiative to employ blockchain apps in their governance processes will do their citizens a whole lot of good. I commend the state government of Assam on this leap forward and we look forward working with them on our journey of making India a blockchain powerhouse.”

From Across The World

As Facebook Boss Mark Zuckerberg announced the entry of Jeff Zients, CEO of The Cranemere Group in the company’s board of directors, David Marcus, who previously oversaw Facebook’s Messenger app, revealed the formation of a new division, dedicated to blockchain technology.

David in his Facebook post, said, “After nearly four unbelievably rewarding years leading Messenger, I have decided it was time for me to take on a new challenge. I’m setting up a small group to explore how to best leverage Blockchain across Facebook, starting from scratch.”

As the time moves on, we might see more and more such blockchain applications that anyone would have hardly imagined, a few years back.