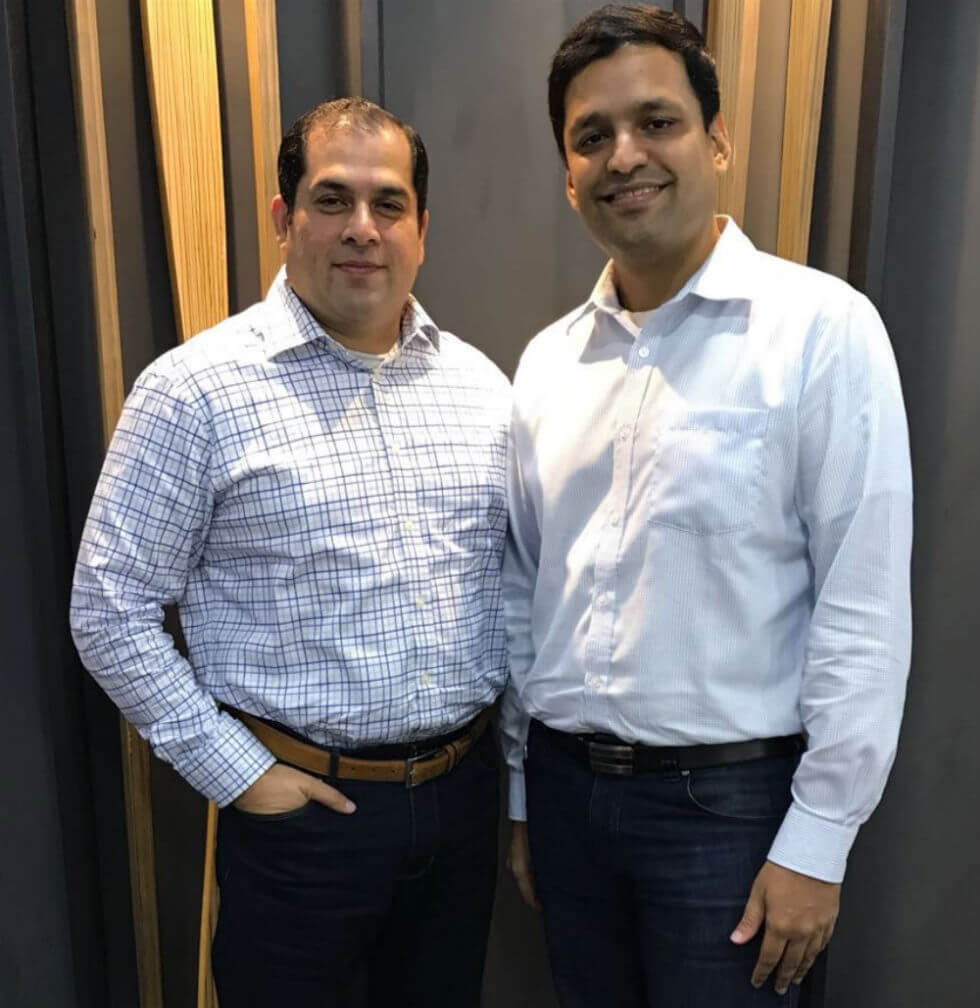 The funding was raised from institutional investors and family offices, which includes IndusInd Bank and a large family office foundation as the anchor investors of the fund.  The fund expects to make its final close in H2 2018. The fundraise was supported by Avendus Wealth for placement to the domestic family office segment of investors.

The fund promoted by Ajay Hattangdi and Vinod Murali, will use the capital to back startups that have already raised VC funding and provide them with specialty debt solutions which are complementary to equity capital. As claimed by the fund, it is ready to close its first two deals.

Ajay Hattangdi, Co-founder and Managing Partner, Alteria Capital stated, “This is an exciting time for the venture debt asset class which has matured substantially since we introduced the concept in India more than a decade back. We have been fortunate to have funded some of India’s most exciting and innovative emerging companies over the past decade.”

“At Alteria Capital we will continue to seek out exceptional management teams and work with investors to help realise the potential of their business ideas their growth through a range of debt solutions,” he added.

A Look At Alteria Capital And Venture Debt In India

Ajay Hattangdi and Vinod Murali, who were also the co-founders of Mumbai-based venture debt fund InnoVen Capital, had made the announcement about the launch of the debt fund in August last year. At that time, it was stated that the fund would have a corpus of about $157 Mn (INR 1000 Cr). The fund was looking to make the first close by the first quarter of 2018, targeting to raise 25%-50% of the corpus.

Ajay and Vinod had earlier launched Innoven Capital along with Singapore’s sovereign wealth fund Temasek. While Hattangdi was the India CEO at Innoven, driving international expansion in Southeast Asia and China; Murali was the deputy CEO of India operations. They resigned from their respective positions at Innoven Capital in June 2017.

The fund received the nod of market regulator SEBI to launch a $154.4 Mn (INR 1,000 Cr) fund for startups. Alteria Capital is registered as a category II alternative investment fund (AIF). It has a tenure of seven years, with a possible extension of two years.

The fund will be used to back VC-funded startups across diverse sectors, including consumer, technology, healthcare, logistics, education technology and food technology, among others. The venture debt firm will primarily look at Series A to late stage startups.

The fund will target startups across early and growth stages with cheque sizes ranging up to $15.39 Mn (INR 100 Cr). The fund aims to give startups access to debt that is generally not available through traditional commercial debt providers.

Beyond venture debt, the duo will earmark under 10% of Alteria Capital’s fund for selective, small equity-based investments (up to $1 Mn) in startups that have borrowed debt from them in the past.

Venture debt is fast emerging as a viable replacement of equity financing in the Indian startup ecosystem. It gives startups a chance to arrange for cash without diluting their equity stakes. Major players such as OYO, Yatra.com and Swiggy have taken the venture debt route to raise funds in recent years.

Vinod Murali, Co-founder and Managing Partner at Alteria Capital stated, “Venture debt is an interesting alternative investment option for investors as it provides a safe and predictable return with equity upside as well. The demand for venture debt has been steadily increasing as more entrepreneurs have experienced the product and it is applicable across various end-uses like working capital, capex, acquisition finance and other special situations. We are on the verge of finalising our first two debt investments which we expect to consummate by the end of March.”

Vinod told Inc42 that intend to fund 80-100 companies over the next three to four years.

Just yesterday, it was reported that Lok Capital, an India focused impact investment fund, is in talks to raise a debt fund of $50 Mn (INR 325 Cr).

Similarly, in the second week of October, Mumbai-based IvyCap Ventures announced plans to launch a $76.5 Mn (INR 500 Cr) venture debt fund. This would be the VC firm’s third fund.

A month later, Mumbai-based VC fund Unicorn India Ventures announced the launch of its second fund, a venture debt fund with a corpus of $92.3 Mn (INR 600 Cr). The fund is slated for its first close by March 2018. 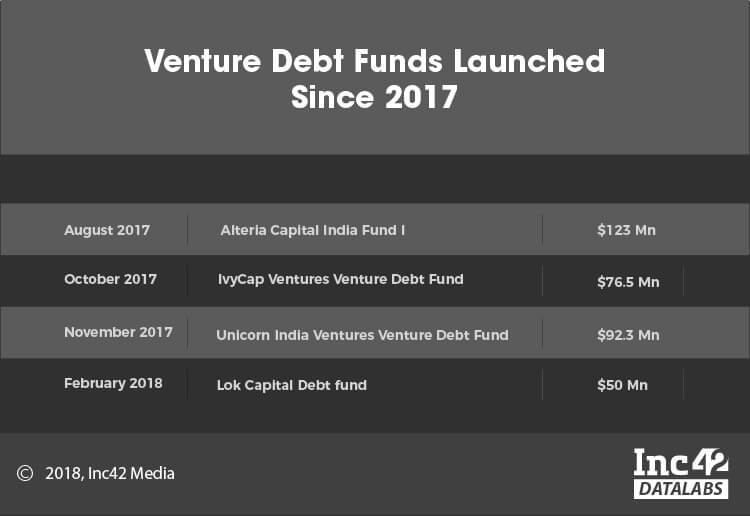 Apart from the ones mentioned above, there are other venture debt players such as Trifecta Capital. With a proposed corpus of $78.5 Mn (INR 500 Cr), Trifecta Capital has backed BigBasket, Rivigo, Urban Ladder, UrbanClap, and IdeaForge, among others.