With The Funding, FarmLink Looks To Chart 5x Growth In Revenues By FY19 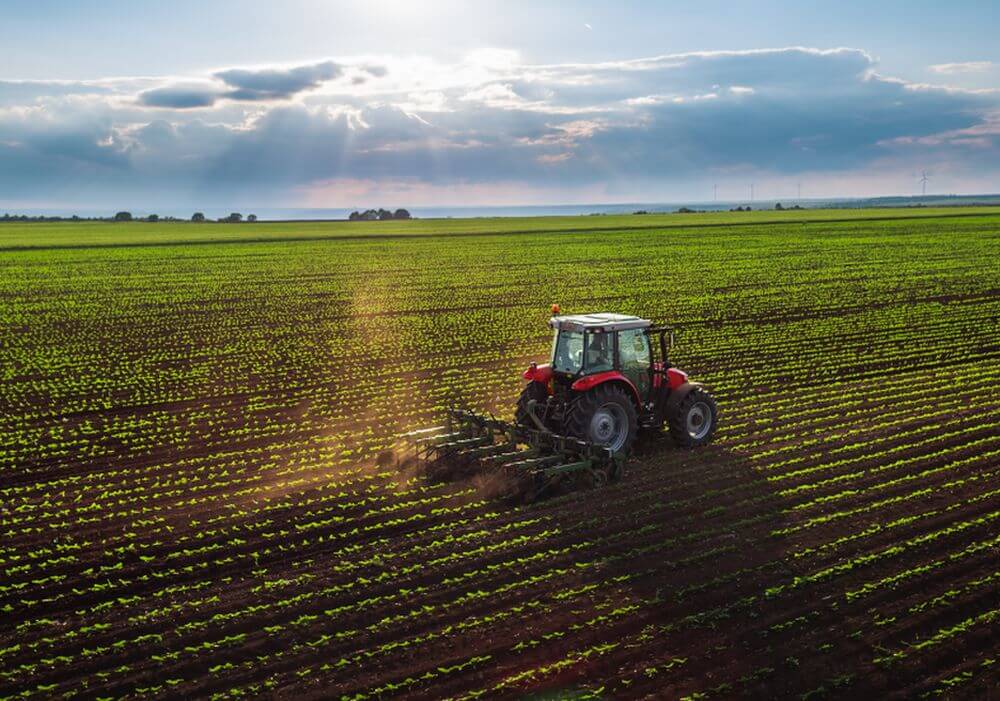 Agritech startup FarmLink has closed $3 Mn (INR 20 Cr) funding in a round led by investment firm-cum-incubator Pioneering Ventures and agrochemical company Syngenta. This marks the startup’s first institutional round of funding.

The development comes three years after the Mumbai-based agritech company was incubated by Pioneering Ventures.

With the newly-secured funding, FarmLink is planning to create a pan-India network of collection and service centers. The platform will also spend the capital from Pioneering Ventures and Syngenta on bolstering its technological and analytical capabilities to improve the supply chain from farm to shelf.

The startup is ultimately looking to clock 4x-5x growth in revenues by the fiscal year 2018-19.

What FarmLink Is Doing To Modernise The Agricultural Supply Chain

Incorporated in 2014, FarmLink is an agritech startup that functions as a supplier of value-added fresh produce. It currently specialises in end-to-end supply chain of fruits and vegetables. The company launched its commercial operations last year, and counts Star Bazaar and Vista Processed Foods as its clients.

Over the last three years, FarmLink has established a network of collection and service centres, through which it procures produce directly from farmers. The startup also handles delivery of produce to consumers as well as industrial scale off-takers like retail stores, supermarket chains, quick-service restaurant chains, ecommerce food platforms and industrial processors.

By working with local producers, FarmLink also promises a secured source of income for farmers through long term off-take agreements. In addition to offering support to enhance the quality and yield of crops, the agritech platform is striving to provide farmers with knowledge and extension services, geared towards improved planning and productivity, efficient adoption of scientific practices as well as stabilisation of payments and finances.

So far, the company has established four distribution and collection centres in Maharashtra, Karnataka and Telangana, which are being used to procure supplies from more than 700 farmers across these three states.

With the fundraise from Pioneering Ventures and Syngenta, the company is planning to increase the number of farmers on its platform to 3,000. Of this, around 40% to 50% of the new farmers will be onboarded over the next 12 months.

Speaking about FarmLink’s plans for the immediate future, COO Sreeram Chellappa said, “There will be smaller satellite collection centres which will support the (existing four) mother distribution centres and they would be allied to the existing centres in south India.”

FarmLink is also in the process of piloting its B2B analytical tool, FarmTrace, which as its name suggests is aimed at helping clients track the location of the produce in the farm-to-shelf cycle. This, according to Sreeram, will enable large retailers and consumers to monitor when, where and how the food is produced.

Elaborating further, Akshaya Kammath, Director of Pioneering Ventures India, stated, “The idea is to get a full passcode of the product and track the entire process and transformation that the product has gone through from farm-to-fork. We expect to go live with FarmTrace by the end of March 2018.”

Headquartered in Switzerland, Pioneering Ventures backs industrial scale and socially responsible farm and food ventures, with a special focus on India. With a team of 30 people, the Indian arm of the investment firm is working to modernise the country’s food supply chain and adjacent sectors while accelerating rural prosperity.

Investee companies of Pioneering Ventures secure funding mainly from global HNIs and family offices. As stated by Kamath, the firm is also looking to raise its own fund for agritech startups within the next one year.

Syngenta is another Swiss company that produces seeds and agrochemicals. Founded in 2000, the firm is touted as one of the leading crop chemical producers in Europe. In India, Syngenta offering the following products and services: seeds, seed care, crop protection, crop nutrients and yield protection. Its aim is the address some of the challenges Indian farmers are facing today.

Agritech: The Key To Solving The Challenges Faced By Indian Farmers

With more than 58% of the rural population relying on agriculture for sustenance, India currently ranks second globally in terms of farm output. As per Inc42 Datalabs, the size of agriculture and allied activities in the country underwent a near-100% growth between FY14 and FY15. Agricultural exports increased from $24.7 Bn in 2011-12 to $32.08 Bn in 2015-16; a CAGR growth of more than 6.75%.

In August, Noida-based EM3 Agri Services raised $10 Mn in a Series B funding round led by Global Innovation Fund, while Crofarm secured about $783K (INR 5 Cr) Pre-Series A funding from a clutch of investors.

Just over a month after that, Bengaluru-based agritech startup CropIn picked up an undisclosed amount of Pre-Series A funding from Singapore-based Beenext. In the first week of October, B2B agritech startup, Farm Taaza, raised $8 Mn Series A funding in a round led by Epsilon Venture Partners. The round saw participation from IL&FS Investment Managers’ Tara India Fund IV and other angel investors.

Most recently in November, New-Delhi and Lucknow-based Agritech startup Gobasco sweeped undisclosed amount in its seed funding round from Matrix Partners India. Other startups in this segment that have raised capital in the last few months include  Gold Farm ($2 Mn), AgroStar ($10 Mn), WayCool ($2.7 Mn), Utkal Tubers ($4.6 Mn), NinjaCart and more.

To set itself apart from its competition, FarmLink is looking at the entire supply chain from farm to shelf. The latest investment from Pioneering Ventures and Syngenta will likely help the agritech startup to forge a pan-India presence.