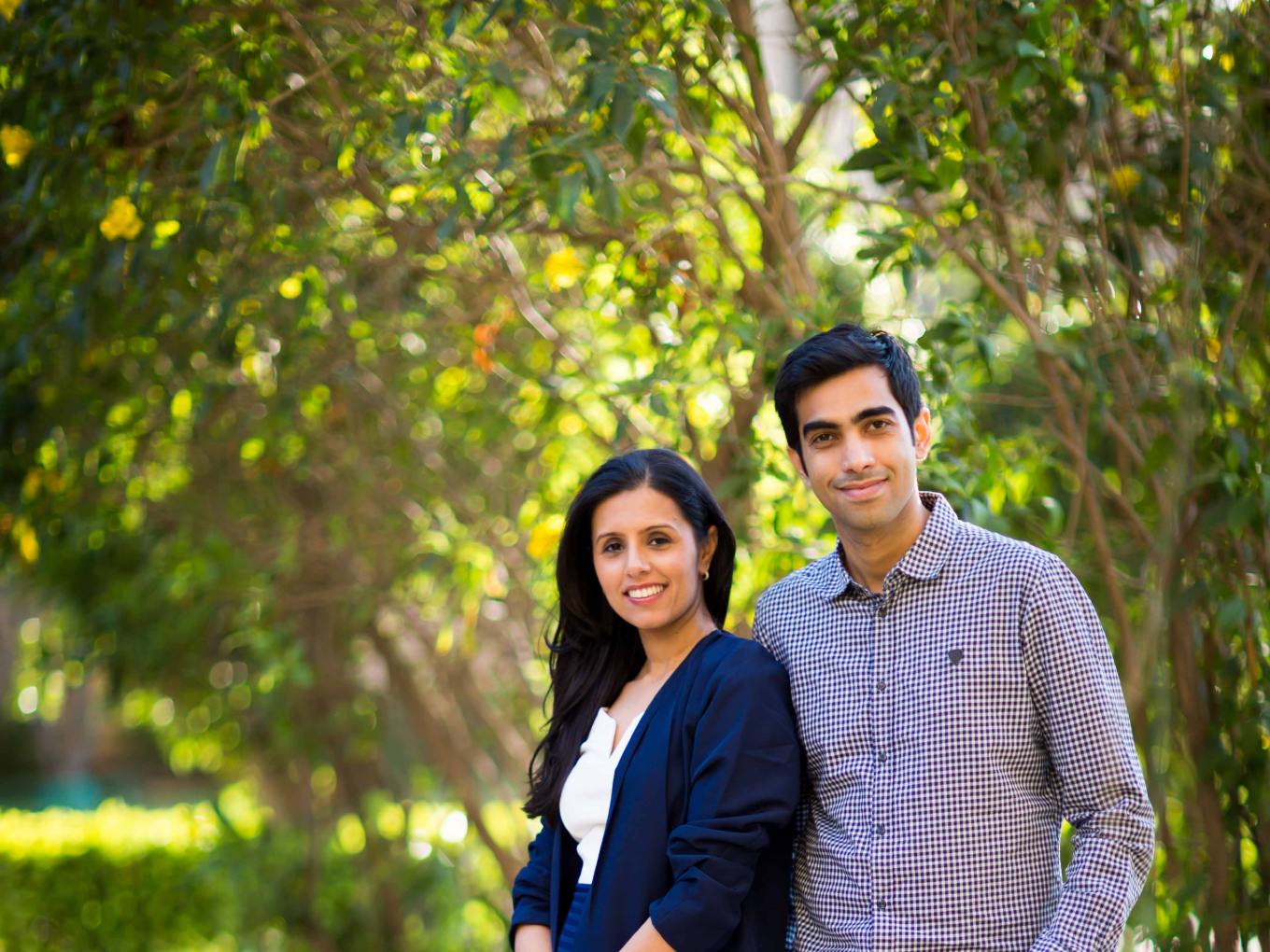 In the country with 73,787 births per day, baby care and pregnancy care products, of course, have naturally high demand. But the challenge for new-age direct-to-consumer brands is reaching the hinterlands of India — the much-vaunted Bharat or Tier 3 and smaller cities — without compromising on the high quality and premium promise of the products

Plus, the awareness is so low that the unwillingness to pay high amounts for products is a natural hurdle — that is much harder to clear for brands. But first-hand experience often has a big role to play in making sure the products reach the right customers. Launched out of a mother’s need to find the best baby care products, The Moms Co has created a niche around designing and making toxin-free, natural products for pre and postnatal care, and babies.

Founder and CEO Malika Sadani says the new normal has been a godsend for brands such as The Moms Co. “Now it is about enabling the comfort of making a purchase online. So, people are online and through social media channels like Facebook and Instagram ads, the awareness is taken care of. The challenge is hesitation to make the purchase online, which is also slowly getting reduced,” she added.

This is seen in the fact that during the lockdown, The Moms Co website recorded 40% of its orders coming from smaller cities and towns in Tier 2/3/4 markets. This is fueled by the lockdown experience boosting usage for services and searches for products that were otherwise never sought by consumers. There was also greater consumption of content related to home-based solutions and self-care, which drove many Indians to try out new products and brands — as long as they were available.

Sadani adds that the number of orders from Tier 2 and below would be higher for its affiliate platforms like Flipkart, Amazon, Nykaa etc on which it sells its products. “Our category is the need-based word of mouth-strong category,” Sadani adds.

On price-sensitivity, Sadani adds that in this category people don’t mind spending. “The conversations on price do happen, but our customer is value-conscious and we need to bring value for the price. As long as it happens, people will use our products,” she adds. She noted that Stretch Marks Bundle, Natural Baby Wash and Natural Baby Shampoo are among top-selling products in Tier 2 and below markets.

Giving an example of the increased reach for The Moms Co products and the strength of word-of-mouth, Sadani talked about an order placed somewhere on the Delhi-Jaipur highway, with no house number or other details. On being called, the customer told the company to deliver the product to a post office, which would then bring it home to her.

Sadani says that this pregnant woman had been advised by a relative in Delhi to use The Moms Co products and this is how she placed the order. The startup also uses a lot of local language integrations with influencers across Youtube and Instagram to drive awareness for the brand. “In addition, our partners across marketplaces are heavily focused on Tier 2 markets as well, and we find that the products offer the right value to the discerning Tier 2 customer and hence do well there too,” she added. 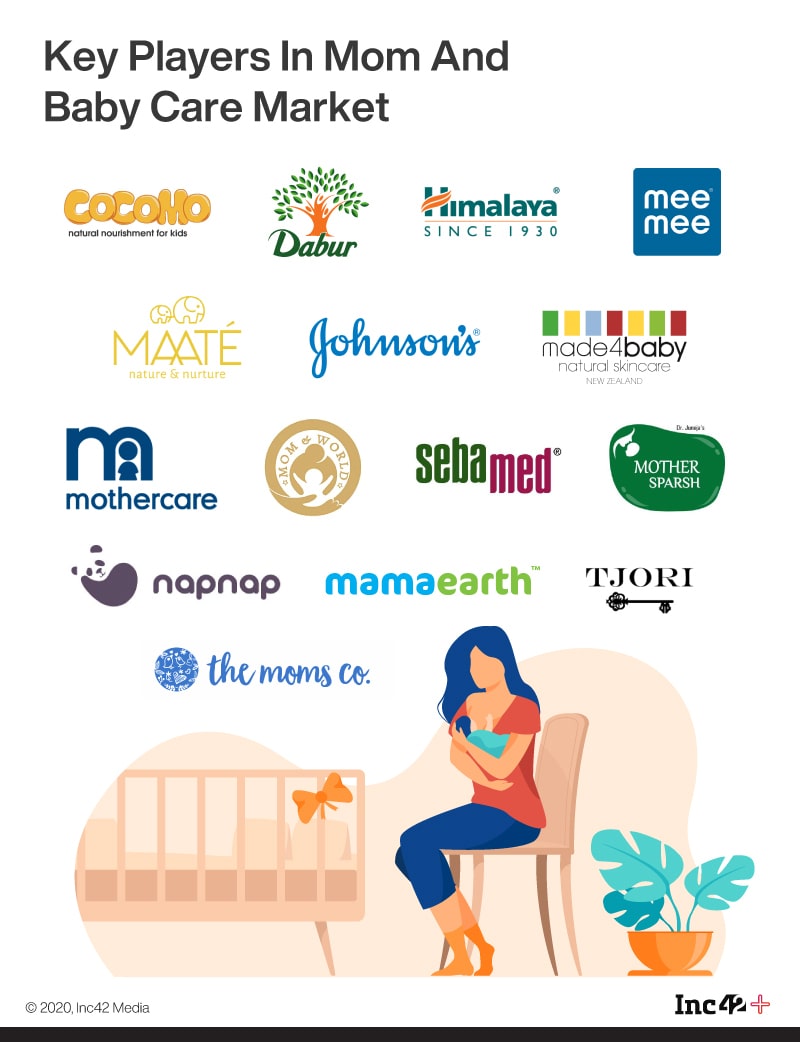 Why Tier 2 And Tier 3 Is The New Target Market For D2C Brands?

In recent years, increased disposable income and accelerated development of mobile Internet made a huge difference to the lives in lower-tier cities and rural places. Consumption was on the up till the crash last year. Retail brands of household appliances, fashion and FMCG continued their pursuit for growth in Tier 2 and Tier 3 cities and towns through differentiated branding and marketing. In the ecommerce segment as well, over the last few years, tier 2 and 3 markets have increasingly gained significant traction, even among vertical players.

For instance, last year during sales season Anil Kumar, founder and CEO, RedSeer Consulting, said the larger push has come from Tier 2 and 3 customers migrating to online shopping driven by the strong value provided from the online retailers across categories including mobiles, which have shown a strong surge during sales. Similarly, A study by Bain & Company in June 2020 said that online shoppers in India would grow to 300 Mn-350 Mn by 2025, from around 100 Mn currently. The report expects the GMV to be $100 Bn during the same time period.

It noted that these new 200 Mn shoppers will come from Tier 2 and small towns and drive the next phase of ecommerce growth, with three out of five online orders currently being shipped to them.

In the case of D2C brands, the companies have taken a page out of the playbook of US brands and used a trickle-down approach by starting with profitable and niche customer segments in Tier 1 and metros. But this is now shifting to Tier 2/3 cities as online brands are establishing offline stores, thus going the omnichannel route.

Some of the competitors for The Moms Co in the space include BabyOye, Mamaearth, BabyChakra, Hopscotch.in, Little shop, Hushbaby.com, Mom & me etc as well as larger players like Johnsons & Johnsons, Himalaya, Ayur etc.

Aviral Bhatnagar of A Junior VC had written that D2C brands have also been witnessing increasing customer loyalty and personalisation options, coupled with higher profit margins. By disintermediating middlemen across segments, these companies save significant costs and build direct to consumer relationships, he added.

For instance, Beardo had told us that it gets a lot of demand from Tier 2 and Tier 3 cities. Another D2C brand Mamaearth is also trying to build its presence in these markets through creating brand awareness through a strong focus on influencer marketing and targeted digital funnels.

Earlier, fashion platform FabAlley had said that it has presence in Tier 2 and beyond through departmental stores like Central and also through its website. “Interestingly, FabAlley is doing great in cities like Patna, Ranchi, Kanpur, etc. We also have Indya exclusive stores in cities like Lucknow, Bhubaneswar and Ludhiana. We are open to explore all markets if it shows potential but this is a slow and careful process for us and we take such steps very cautiously after studying the market,” Tanvi  Poddar, cofounder, FabAlley had said.

Founded by Malika Sadani along with husband Mohit Sadaani in 2016, The Moms Co claims to be operational in 10K locations across India. In 2017, the company had raised $1 Mn in a Series A round of funding by DSG Consumer Partners and Saama Capital. The company announced a $5 Mn Series B round of funding in 2019 from existing investors DSG Consumer Partners and Saama Capital.

Sadani claimed till date it has served 1 Mn customers with 2 Lakh orders per month. It also has a physical presence across five cities and has tied up with more than 15 maternity hospitals. The retail plans began in January this year, but have taken a hit due to Covid-19. 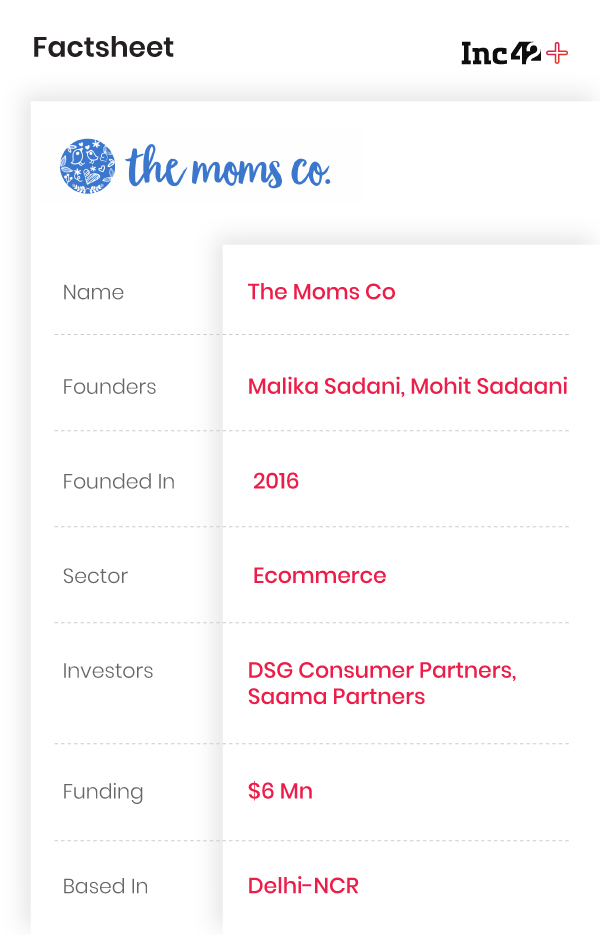 But what works for The Moms Co is that it was among the essentials allowed during the lockdown and its products are available at pharmacies. Hence, the company was saved from a major hit in its business during Covid-19. However, it did see disruption and downtime in retail, impacting its omnichannel plans. Adding new retailers isn’t scalable right now so the company has put activations on pause.

Beyond the omnichannel route, The Moms Co also hit a snag in the supply chain due to initial restrictions on the manufacturing from end of March. “If you have stuff coming from different places, it was taking longer, which meant stronger processes needed to be put in place for planning etc. The slight advantage we had was that for the last few years we have multiple vendors for everything. So, even if one vendor had to shut down, the other would take up the gap,” Sadani added.

She added that the overall business has gone up 40% as compared to pre-Covid levels of February. The company says that its repeat customer rate is 40% i.e customers who repeat orders in three months from its own website. Overall, the company’s website contributes 35% to the total business.

Sadani told us that in FY21, it hopes to maintain the 3x growth rate. However, the company is profitable on a unit economics level.