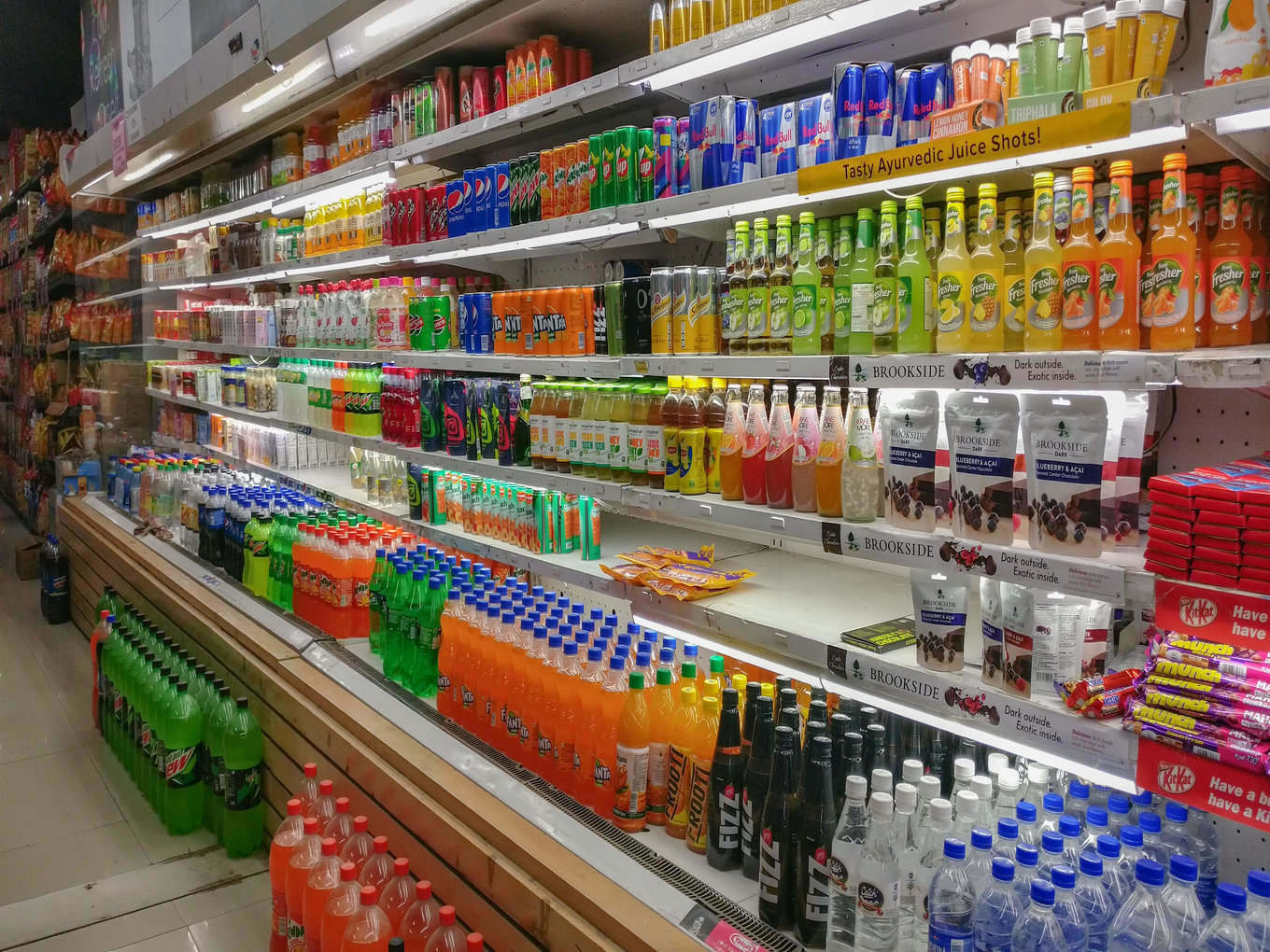 Household consumer expenditure declined 3.7% in 2017-18 for the first time in decades

Can new-age FMCG startups in India sustain this downturn and succeed in the long run?

The slowing economy has left people more cautious in terms of spending habits. Consumption has dropped across the board thereby resulting in reduced demand. The rural segment which is agri-dependent is also impacted by excess rains this year and this has destroyed crops thereby having a tremendous impact on consumption.

Many FMCG startups and large firms in India are witnessing lesser growth this year, which is very evident in the fact that this is the first time since 1950 the government has scrapped a National Statistical Office (NSO) survey conducted in 2017-18 over “data quality”. The survey, which was leaked last week, said consumer spending or consumption in India has dropped for the first time in over four decades in 2017-18.

Calling it a “draft” report, the government simply scrapped the survey, citing ‘data quality issues,’ It is separately examining the feasibility of conducting the next consumer expenditure survey in 2020-21 and 2021-22, an official statement released on Friday said, which just might give it enough time to actually do some work to restore the momentum.

Government inaction aside, there’s a growing concern that this drop might impact new-age FMCG startups which are the key drivers of consumption in the urban context.

“There is growing unemployment because auto and other allied manufacturing business is laying off people to cut costs. These manufacturing companies have huge cut down on production because of reduced demand for two-wheelers and four-wheelers from consumers,” Rajesh Radhakrishnan, chief marketing officer of Vritti IMedia, a rural marketing and advertising company, told Inc42.

What Went Wrong For FMCG Startups

Spending power of consumers has been going down for the past few years now. While many startups have come up in FMCG, lack of realistic data on the consumption available to a lot of them have led to too much focus on marketing. With rural forming a major market for FMCG, around 70 % of the consumers, FMCG startups focus a lot aggressively on marketing their brands in rural areas.

“Spending too much money on ATL marketing activities when people actually do not have purchasing power has led to a cyclical crunch of cash in the many startups and large companies. Overall economy across all sectors has been down and it has created a ripple effect for FMCG companies as well,” Shrey Kumar, cofounder of Aadvik Foods, which makes and markets alternative dairy products from camel milk and goat milk told us.

The current slowdown, experts say, is expected to last a year.

“FMCG startups are heavily dependent on the general market outlook which is still going through a slow down,” head of advertising practice at Pioneer Legal Pritha Jha told Inc42.

While there are a lot of startups working in the rural sector currently, main crippling issues are yet to be addressed. The NSO data points to a rising poverty and liquidity crisis in rural India. “An extended monsoon will cause further issues and losses to farmers in rural India adding to their woes. This will also raise concerns of malnutrition in the sector crippling with losses,” added Jha.

Impact Of GST And Deep Discounting Offered By Ecommerce Giants

A lot of unorganised and small-time businesses have gone or shut down post demonetisation and GST implementation. While both measures were considered important for a strong tax compliance foundation for the Indian economy, it seems to have had some impact in the short run.

“GST has definitely created turmoil and many small businesses/entrepreneurs have gone out of business because they are not to meet the GST compliance of large corporates (outsourcing ),” Radhakrishnan added.

The attractive offers by ecommerce giants like Flipkart, Amazon and other startups have also impacted brick-and-mortar stores selling FMCG products. These startups have also allegedly failed to follow FDI norms by offering deep discounting, having a direct impact on sales of kirana stores, which contribute majorly to ecommerce growth.

“The economy is likely to revive by April of next year (In 1st quarter 2020-21 Post budget) and I assume some strong measures like boosting retail kirana business and more marketing support to farmer for selling his produce can trigger the confidence and boost the economy,” the Vritti CMO added.

There are several macro policy initiatives that, while good for setting a more progressive direction for the country in the long term, are likely to cause short term pain, albeit with a gap. Both GST and demonetisation hurt growth in the short term for the startups, and the macro tricked to micro in consumer spending.

Speaking to Inc42, Utkarsh Sinha, managing director of boutique investment bank Bexley Advisors, said India is in the midst of some long-ranging structural changes, citing the examples of the cleanup of bad debt and banking sector reforms

”They are necessary to cleanse the system and help India grow with a clean slate, although both will cause a slowdown in growth, and consequently consumer spending in the short term. But at the same time, 2019 has been a record year for equity investments. That is a big driver of both growth and consumption, and FMCG consumption will pick up post a lull caused by the lagging effects of reforms,” Sinha told us.

India’s FMCG 2.0 startups already have an uphill climb when it comes to battling the big-name brands in the consumer goods space.

According to DataLabs By Inc42 analysis, between 2014 and H1 2019, more than $433 Mn was added as an investment in Indian FMCG startups — the median ticket size is close to a million dollars at $989K. Considering that’s well over 400 funding rounds were funded in that period, investor confidence seems high and the capital inflow is growing at a rate of 47%.

But there’s one caveat: big-ticket investments have been limited to startups that are already well-funded. The top five highest-funded FMCG startups include Bira 91, Drum Foods, Hector Beverages (in talks to be acquired by Tata Global Beverages), Chai Point and RAW Pressery and together they accounted for more than 50% of the total funding of $433 Mn. These startups are targeting niche segments such as women’s hygiene, ready-to-consume caffeine-based or fruit-based products.

There is no doubt that the market opportunity for the budding FMCG startups in India is huge — in FY18 the calculated size of the FMCG market in India was approximately $68 Bn. The Indian FMCG sector is estimated to worth $104 Bn by the year 2020, growing at a compounded annual rate of 28%.

Despite the widespread business opportunity, the market penetration potential for new products is risky and low, because of penetration achieved through the established supply chain by larger players such as HUL, Procter & Gamble, Coca-Cola and Pepsico.

Although FMCG startups have managed to attract significant investor confidence, in the context of a product supply chain, it’s almost impossible for the FMCG 2.0 companies to compete with established giants.
Hector Beverages, which markets beverages under the PaperBoat brand, which partially disrupted the Indian soft drinks space, has not managed to match the supply chain infrastructure despite widespread popularity and clever marketing.

Some of the steps taken by the government such as helping MSMEs with GST refunds, helping startups with easy access to funds and processes, reducing corporate tax among others is expected to lead to an increase in the purchasing power of consumers. It will also help companies to reduce the prices of their products to make it cost-effective for the consumers.

“While the finance minister has rolled out a stimulus package but the need of the hour is to come up with innovative solutions & policies to address issues related to irrigation, technology infusion and infrastructure that are currently plaguing the rural economy,” cofounder of nutrition foods startup OZiva Aarti Gill told Inc42.

The revival of consumption demand will depend largely on the creation of jobs and an increase in wages, especially in the rural sector. “Some major policy-level changes need to be “implemented” on an urgent basis to revive this. This may become catastrophic if not taken care of on an immediate basis,” added Aadvik’s Kumar.

With world economies now intrinsically linked thanks to the common platform of the internet, government actions alone may not be able to lift the economy out of a slowdown, say experts.

A lot also depends on how fast startups working in this space can adapt to the changing environment.

“Entrepreneurs who prioritise innovating in a slowing economy will find that a constrained environment can actually boost creativity that will be far more helpful for growth in the longer term,” added Jha.