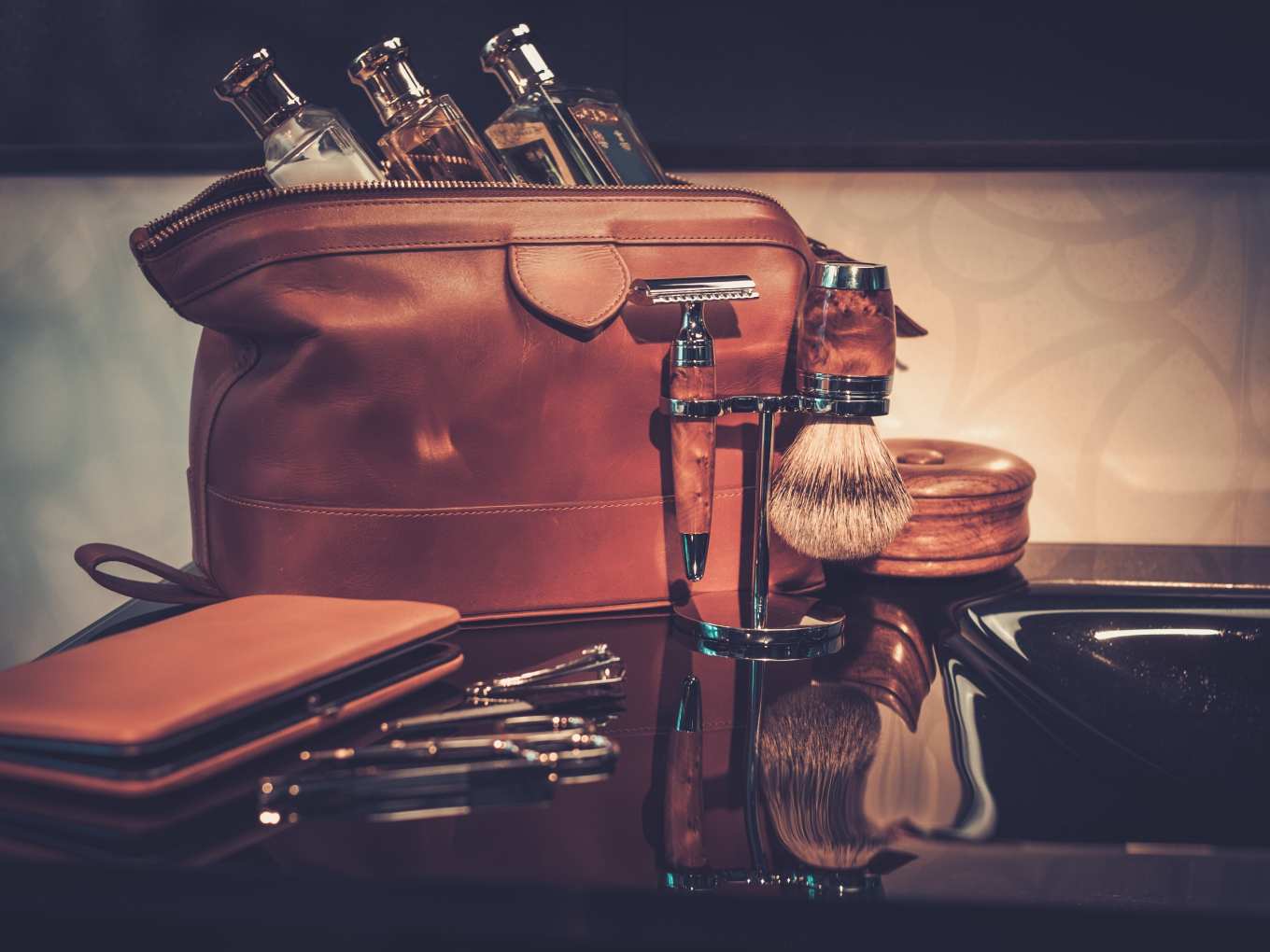 In India, the men's grooming market is expected to touch INR 35K Cr in the next three years

Startups such as LetsShave, The Man Company and others have made a big mark in recent times

Men’s grooming startups have disrupted the way beauty products industry has traditionally worked in India. Backed by digitisation, these twinkle-toed startups can give major players including Procter and Gamble, Colgate-Palmolive, Hindustan Unilever and Emami a run for their money.

For decades, men’s grooming meant using an after shave lotion and hair gel. Today, a slew of startups are banking on the growing grooming needs of Indian men and are bullish about growth. According to a 2018 ASSOCHAM report, the men’s grooming market in India has been growing at a CAGR of about 45%. Currently, at INR 16,800 Cr in India, it is expected to touch INR 35K Cr in the next three years.

“If there’s growth, there must be demand and if there’s demand, there must be someone to fulfil it. We are at it. We try to be more diversified than our contemporaries like Gillette and Nivea who had long been dominating the industry,” Sana Ahsan, brand head for Bombay Shaving Company told Inc42.

Unlike the US and European markets, big players in India couldn’t identify the potential of the male grooming industry. However, today the FMCG majors are picking up stakes in the startups who have unleashed the market. In 2018, Colgate-Palmolive bought a 14 per cent stake in Bombay Shaving Company. According to media sources, Kolkata-based Emami has made two rounds of investment in The Man Company. Some like HUL and Godrej have launched men’s line with a range of products including face washes, cleansers and moisturisers.

The brands are also focussing on smaller SKU sizes and cost-effectiveness. “The pricing in the men’s shaving and grooming industry was earlier determined largely by a handful of international players. This often compelled the consumers to think that the more they paid, the better was the quality,” founder of LetsShave Sidharth Oberoi told Inc42. The company sells directly to customers and not through ecommerce places, hence eliminating the cost of the middlemen. The idea is to keep the prices reasonable and consistent for the Indian market.

There are around in the 12 startups in the grooming segment for men with monthly revenue of more than INR 50 Lakh. For No Shave November or Movember, we look at how these innovations-backed startups have gathered a sizeable share in the men’s grooming market in India.

Founded in 2015, Bombay Shaving Company has approached men’s grooming products with an Indian sensibility. The startup creates products in categories that are ideal for men who are looking to follow classic grooming customs but with a modern twist. More than 90 per cent of its sales happen through ecommerce platforms and the company will soon venture into selling at offline stores as well.

“Our approach has always been to make products that are effortless to use with an immersive approach. We believe grooming to be a universal right, regardless of whether you like to shave or keep a beard. The modern man has evolved and is taking charge of his own grooming,” said Sana Ahsan, brand head for Bombay Shaving Company. The company has more than 80K customers and works through more than 18 different channels.

Ahsan added that the growth is fuelled by demand for more modern grooming products in various niches. “If there’s demand, there must be someone to fulfil it. We try to be more diversified than our contemporaries like Gillette and Nivea who had long been dominating the industry.”

The Man Company was founded in 2015 and Emami is the company’s main investor apart from few angel investors and promoters. The actor Ayushmann Khurrana also invested an undisclosed amount in October this year. “The USP of the brand lies in the quality and selection of handpicked natural ingredients. Every product offered is an amalgamation of elements carefully crafted out of rich natural ingredients. SLS and Paraben free, which makes sure that your skin and hair stay unharmed,” grooming startup The Man Company’s founder and MD Hitesh Dhingra told us.

The drive for the company mainly comes from Kerala and Punjab. The company is a subscription-based ecommerce platform so consumers can get products delivered periodically. Unlike typical ecommerce business, The Man Company is an omnichannel business where a customer may interact with the brand first at the store and later buy from any other channel partner.

“We try our best to offer the consistent brand and product experience however, the transition is not that easy and I would consider that to be the biggest challenge for us,” he added.

Chandigarh-based LetsShave was founded in 2015 by Sidharth Oberoi and offers high-quality razors by partnering with manufacturer Dorco and body care and other grooming products. “The market is very promising and men as customers have shown eagerness to groom themselves and this have given entrepreneurs a chance to serve the niche market,” Oberoi told Inc42.

With Indian men getting more conscious about skincare, and general physical outlook as opposed to even five years ago, LetsShave sees a great potential going ahead. “With almost a growth rate of 25% per annum, there are going to be more products offering men good health and grooming,” he added.

LetsShave brought the focus of global investors onto a growing grooming market in India where customers are becoming more aware and more invested towards personal grooming products. The men’s grooming company raised an undisclosed amount of fresh funding from Korean razor manufacturer Dorco Ltd against a 10% stake in October 2018. Headquartered in Seoul, Dorco is one of the leading manufacturers of razor blades in the world with more than six decades of global business. “We will expand operations in the grooming industry along with expanding its product portfolio in the near future,” he added.

Priyank Shah and Ashutosh Valani started Beardo in Ahmedabad in October 2015 with the idea of catering to the burgeoning trend of beards and moustaches among Indian men, thanks to the influence of personalities such as Indian cricket captain Virat Kohli and Bollywood star Ranveer Singh. Its grooming products include a range of beard-care products including specialised oil, wash and moustache wax.

Most of the products are made from natural ingredients and are primarily used for holding and grooming moustache and beard. Besides getting bearded and moustachioed men to adopt products, one of the key aspects of its operations is creating awareness for grooming, particularly about specialised products. The company gets a lot of demand from Tier 2 and Tier 3 cities.

Happily Unmarried was founded by Rahul Anand and Rajat Tuli in 2003, when the demand for men’s grooming was lower in the Indian market. The company started out selling knick-knacks, memorabilia and gifting options, but the Delhi-based startup added grooming. According to media reports, it generated a sales of Rs 10 Cr in the first year.

Under its private-label Ustraa (the Hindi word for a straight razor), it offers grooming products for men with an Indian spin on the brand communication. Before launching the range, the company’s research showed that there are fewer products for men available in the market than there are for women.

They then came up with products including beard-care products, fragrance packs, among others. hair products, shaving products, and face and body products. Ustraa products are available on Happily Unmarried website as well as retail outlets. Plus it also sells products on Amazon, BigBasket, Flipkart and Nykaa. ‘Ustraa’, raised funding from Wipro Consumer Care, the personal care arm of Wipro Enterprises and existing investor Info Edge (India) Ltd in November 2017.

What The Future Holds For Men’s Grooming?

The men’s grooming market in India is only going to increase as people across the globe are becoming more educated and well-versed with the idea of taking care of themselves. “The sudden flood of beauty bloggers and social media influencer have also taken a hit in the past 3 years making it all the more obvious that there’s scope for conscious consumerism,” Ahsan summed up.

“Ecommerce as a channel is creating a market space for mass premium category. As a result, new categories like beard management which were non-existent two years back has completely disrupted the market now,” said Dhingra.

The men’s grooming industry in India is still at a budding stage and startups have only just begun to understand the market and the gaps. While the penetration of these grooming products is nowhere near to our western counterparts, there is a lot of room for many players to grow and expand the market.