Wishberg To Shut Down, Founding Team To Join Freecharge

Wishberg To Shut Down, Founding Team To Join Freecharge 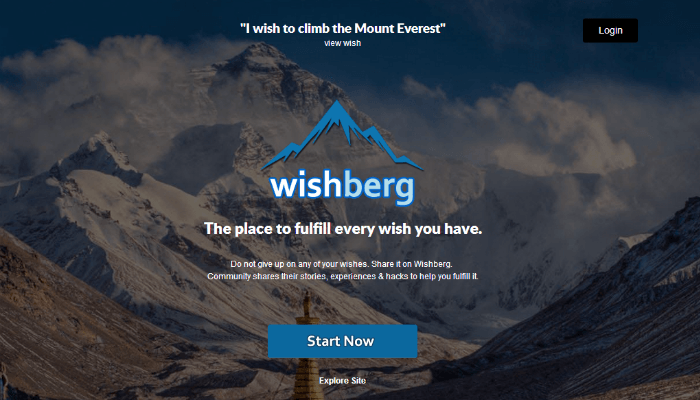 Wishberg was initially started as a social discovery site named Tyche’d in 2011 by Pravin Jadhav (was Product Head (Ecommerce & Mobile) at Rediff.com India Limited) and Kulin Shah (ex-Senior Investment Manager at Reliance Venture Asset Management, venture capital arm of Reliance ADAG) and later in July 2012 it was rebranded to Wishberg.

According to the recent blogpost, the platform will be shutting down in a few days, while giving time its users to go through their accounts and wishes.

With this, the blogpost by the company also mentions that the founding team of Wishberg will be joining Freecharge.

We’re also excited to announce that the founding team at Wishberg is joining forces with FreeCharge. We believe FreeCharge will be a perfect fit for our team & capabilities – FreeCharge’s scale combined with its amazing leadership, awesome team and appetite for success is inspiring for us. Pravin (@beingpractical) will lead efforts on Product & Growth and Kulin (@NowEntrepreneur) will lead efforts on Partnerships & Alliances at FreeCharge.

Wishberg, as a social network use to allow people to share their wishes and inspire others to pursue them too. It connects people and their bucket lists from around the world, convincing people to pursue dreams. In the entire span of Wishberg’s journey the startup has launched a number of features like The Future Timeline, Secret Wishes, Trending Wishes, Wish Links etc. Last year, it had launched Shop Mobs last year, where people with the same wishes could plan a meetup and discuss their further plan of action to fulfil the wish.

Related: A Social Network To Keep Track Of Your Wishes : Wishberg

“We can’t begin to express how grateful we are for your support throughout this journey spanning over last three years. Our heartfelt thanks to our users, our team, our advisors, our investors, our early adopters, our enthusiasts, our well wishes, our friends and our family members,” said the blogppost.

Keep the entrepreneur in you alive. Good luck on the new journey. @NowEntrepreneur @Wishberg

@nowentrepreneur @BeingPractical Wish you all the best guys! Keep hopping back to Mumbai. Will miss @wishberg