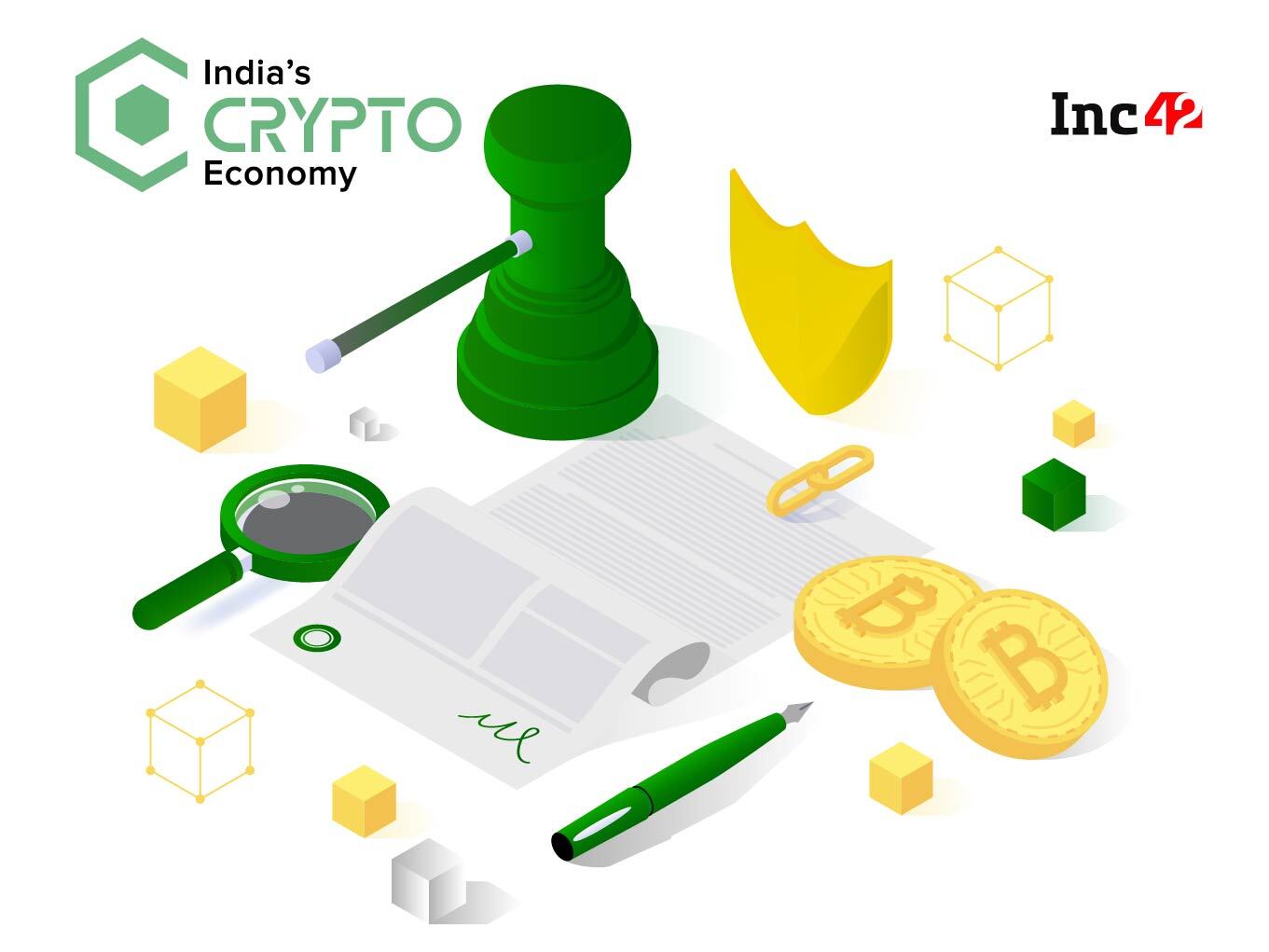 After PM Narendra Modi expressed concern over the recent barrage of crypto ads, some of the major crypto exchanges have decided to put a brake on their campaigns

#IndiaWantsCrypto. This Twitter campaign 🔊led by WazirX founder Nischal Shetty has demanded crypto regulation for the past three years. (In case you do not know, it is one of the longest campaigns on the social platform.) ⚖️

Finally, after so many years, the government seems to be fast-tracking regulatory developments as the number of users and the number of crypto investments continue to rise in India. 📈

The past week was abuzz with crypto conversations that took place at the highest level. While PM Narendra Modi chaired a high-level meeting to discuss crypto regulation and crypto advertisements flooding the country, a Parliamentary Standing Committee led by BJP MP Jayant Sinha invited the representatives of the Blockchain and Crypto Assets Council (BACC), which is part of the industry lobby IAMAI, and a few other stakeholders to understand the industry’s point of view.

But before we get into the details of how things are shaping up, let us take a quick look at the key highlights of the week from the world of crypto.

🚫The GainBitcoin Scam: While Amit Bhardwaj, the alleged mastermind of the multi-billion crypto scam has been shying away from appearing before the Enforcement Directorate, his brother and mother recently appeared before the ED as part of the ongoing investigation.

💎Kalaari Capital Backs An NFT Startup: Chennai-based GuardianLink.io, which provides a technology framework for the NFT ecosystem, raised $12 Mn in Series A.

When Crypto Becomes The Talk Of The Town 📣

In the past week, we saw lots of fast-paced developments all around. Barring the capital markets regulator SEBI, everyone else — the RBI, the Indian government and industry stakeholders — engaged on various platforms and discussed crypto and its way ahead in India. But would that clinch the regulatory issues?  🤔

👁‍🗨Are The Authorities Undermining Crypto? Although the crypto market hit $3 Tn last week, it failed to impress India’s central bank. In fact, RBI governor Shaktikanta Das once again expressed serious concern regarding crypto transactions in India. “Cryptocurrencies are a serious concern to (the) RBI from a macroeconomic and financial stability standpoint. The government is actively looking at the issue and will decide on it. But as the central banker, we have serious concerns about it, and we have flagged it many times,” he said.

“The value of transactions and trading has gone up, but the number of accounts, as I said, is exaggerated,” said Das.

The BACC, however, says that more than 15 Mn people in India have invested INR 6 Lakh Cr+ in crypto. And, if we do the math assuming that 15 Mn have invested in crypto, the average comes to INR 4 Lakh per user. But, something does not make sense here, tweets economist and journalist Vivek Kaul. 💬 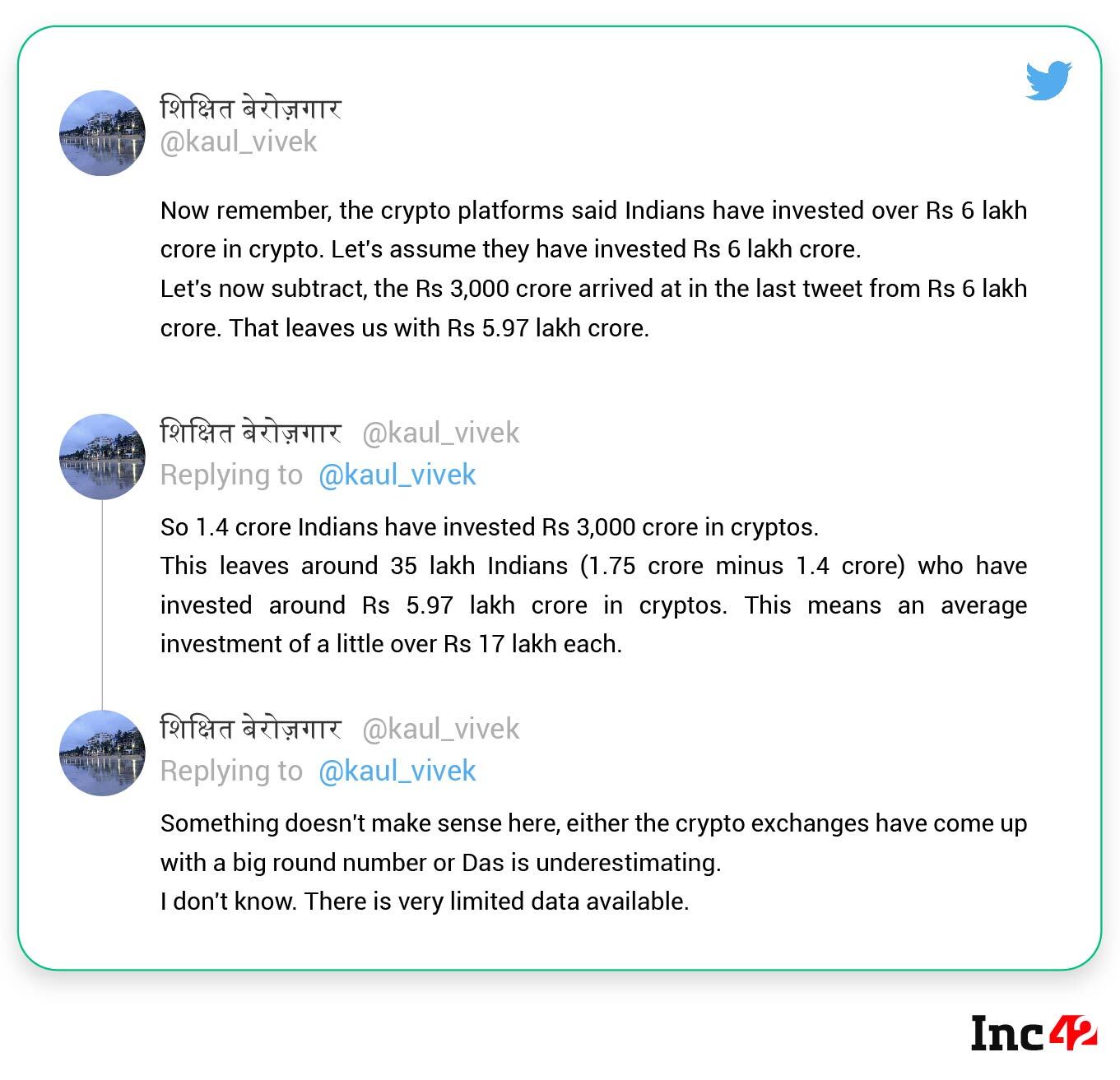 🍄The Executive Body Discusses Mushrooming Crypto Ads: In a previous newsletter, we told you the crypto developments get monitored at the highest level. Well, PM Narendra Modi discussed the upcoming crypto regulation in a high-level meeting.

The prime minister reportedly expressed concern over the recent fusillade of crypto ads. It was said that these campaigns are misleading Indian youth through overpromising and non-transparent advertising. And this must be stopped, was the common notion in the meeting.

Speaking on the development, Kumar Gaurav, founder and CEO of crypto-focused neobank Cashaa, said that advertisements and social media trends would certainly influence the consumption patterns of the viewers. Also, retail investors often do not have the time or the means to do extensive research before investing.

“Therefore, it does make sense to monitor and regulate how organisations present their offerings. Any advertisement that makes false promises or overpromises must be taken down immediately. This is not only imperative for user security but also for holistic industry growth,” he added.

As per our sources, so far three major crypto exchanges have decided to put a brake on their aggressive ad campaigns.

Although the industry lobby chose not to speak on the developments, several sources told Inc42 that the representatives presented a document regarding the crypto stats in India and talked about what steps must be taken to ensure transparency and accountability in this space.

In an interview with CNBC, Sinha, advocating for crypto regulation in the country, said that it could be used as a digital asset like gold. “It depends on the use case, and it depends on the parameters, the lines that are drawn around that use case, to enable different aspects of regulation to come into play,” he added.

👐The Road To Crypto: There have been two options all along — an outright ban on crypto or legalising it for payments and investments — but India is likely to choose the middle path. At least that was the official response of the finance ministry in the recent past.

Earlier, an official from the Ministry of Finance told Inc42 that India might allow crypto for limited use cases. But the big question is: Will these use cases allow crypto trading? And the ministry has grappled with it for a long time.

Sources told Inc42 that the outcome of the legislative meeting might not influence the Executive body to a great extent when it comes to drafting the Crypto Bill. However, the meeting aimed to help the Indian government and the Legislative to understand crypto in the Indian context. It will also help the government with relevant numbers and ensure a smooth passage for the Bill in the coming days. 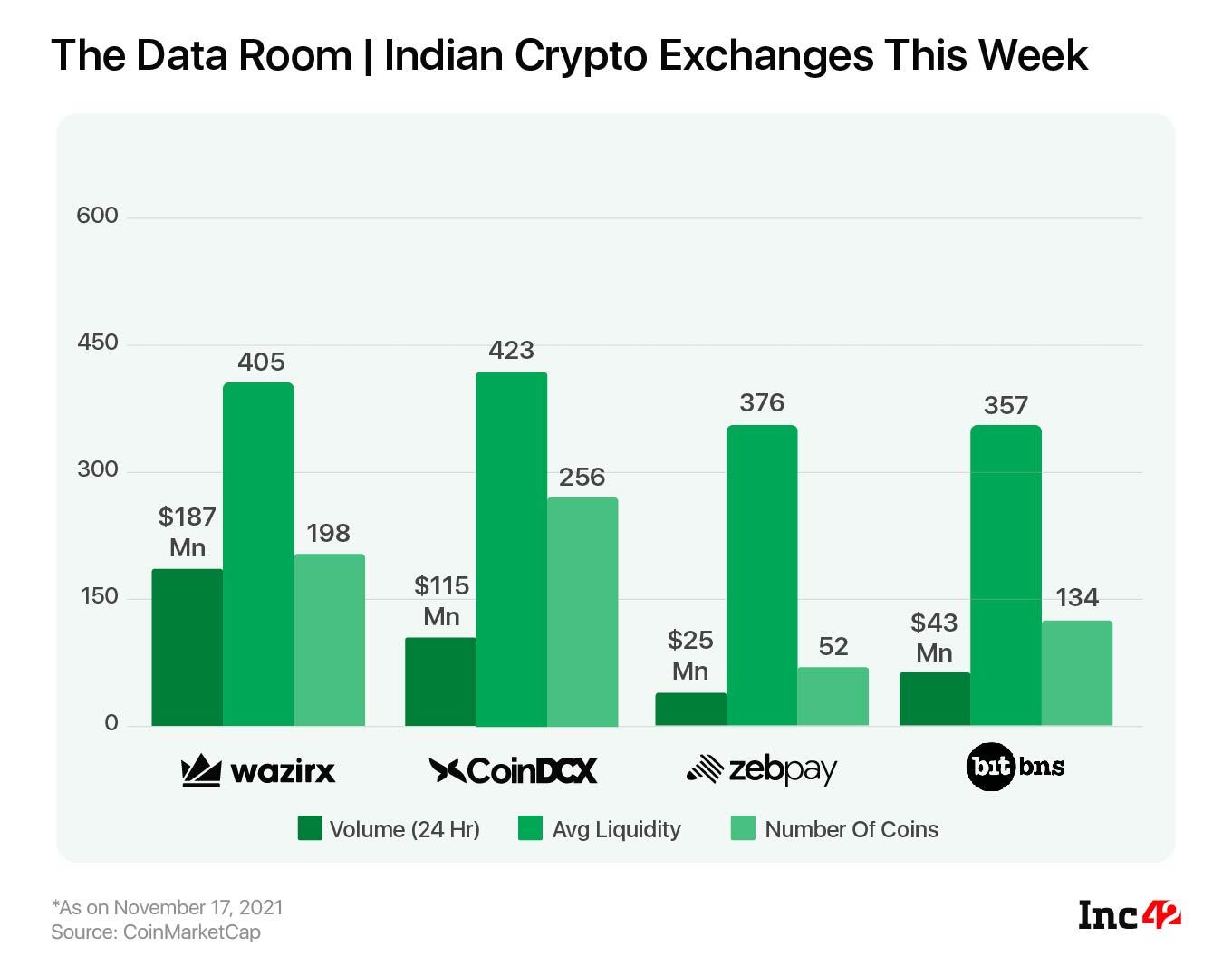 🪜The Making Of World’s Largest Exchange: In this article, The Wall Street Journal explores how Binance, with daily transactions worth more than $76 Bn (greater than the combined transactions of London, New York and Hong Kong stock exchanges), became the world’s largest exchange without the basics in place.

📩An Investor’s Take On Crypto: Gone are the days when Indian investors were not even ready to speak on crypto. But nowadays, they wax eloquent on this topic and voice their opinions freely. In this blog, Hemant Mohapatra of Lightspeed India, writes about the VC firm’s crypto investments and its take on crypto.

In The Spotlight | Persistence One 🔦

The staking project primarily focusses on solving the challenges of PoS (proof of stake) and helps improve end-user experience to drive mass adoption. 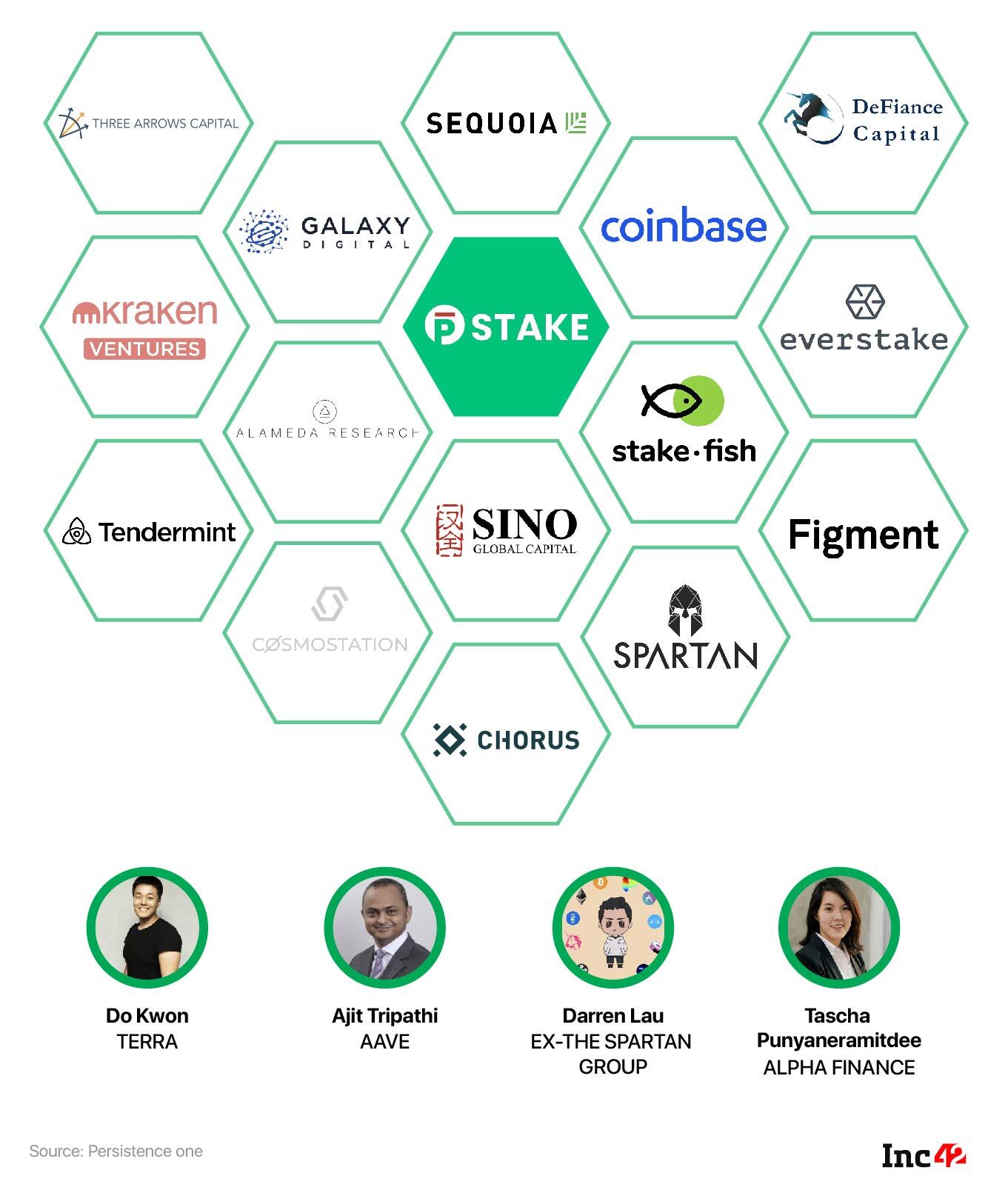 💰NFT Startup Lysto Raises $3 Mn: Lysto builds APIs, tools and infrastructure that enables the creation and distribution of NFTs. The round was led by BEENEXT, Better Capital and Cloud Capital.

Interestingly, while Binance is now trying to project itself as a responsible exchange by focusing on user’s rights, the exchange has been barred in multiple countries such as the UK, Ontario and is being investigated by agencies in countries like the US and India.

Meanwhile, with over INR 6 Lakh Cr of investments, crypto is no longer under the hood. The Indian government is working on the regulatory measures, a framework for crypto taxation and a Bill to define and regulate crypto.

It’s a middle path. But how narrow or wide it will be, that’s the question.