[Funding Galore] From Swiggy To Ola Electric— Over $1.9 Bn Raised By Indian Startups This Week

[Funding Galore] From Swiggy To Ola Electric— Over $1.9 Bn Raised By Indian Startups This Week 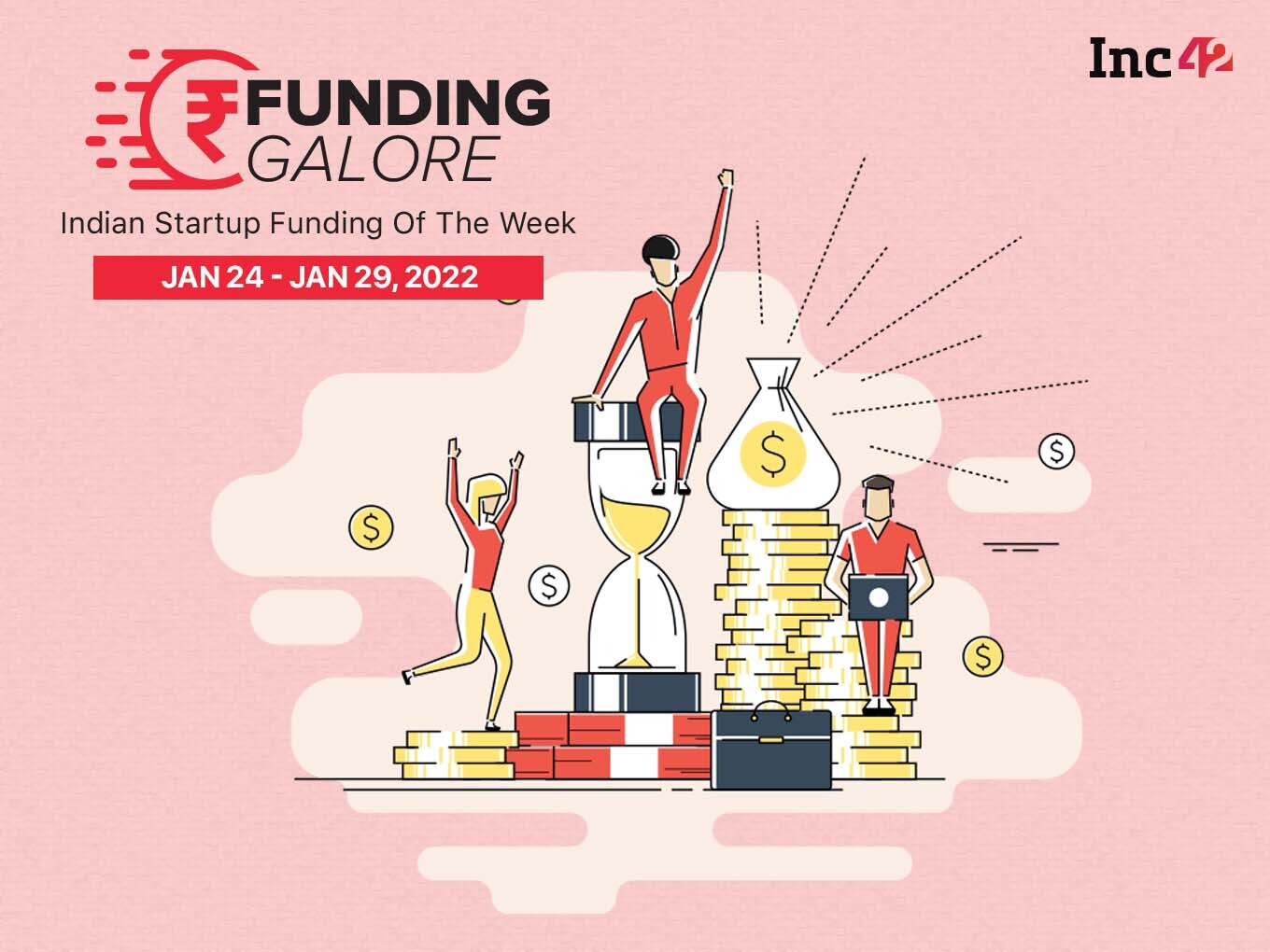 Indian startup ecosystem has raised around $1.9 Bn across 67 deals in the fourth week of 2022

The week saw a total of nine acquisitions, including the cloud kitchen brands aggregator Curefoods merging with Swiggy backed Maverix

After two consecutive weeks of raising funds lower than the $1 Bn mark, the Indian startup ecosystem has managed to raise $1.9 Bn in total funding in the last week of January across 67 deals. This is also a 275% rise from $519 Mn across 50 deals the ecosystem raised a week back.

The week also saw the rise of well-anticipated DealShare turning into a unicorn after closing $165 Mn funding led by Tiger Global at $1.62 Bn valuation.

The week’s highest funding was received by food delivery aggregator Swiggy, receiving a cheque of $700 Mn, that helped the Bengaluru-based startup and a rival to the listed Zomato valuation soar to over $10 Bn.

Delhi-based headphone maker boAt which is operated by Imagine Marketing Limited has filed INR 2,000 Cr DRHP with the market regulator SEBI. As per the documents reviewed by Inc42, the D2C brand’s offer consists of INR 900 Cr of fresh issue of shares, and upto INR 1,100 Cr for offer-for-sale.

Inc42 earlier this week exclusively reported that proptech startup Square Yards which is heading for a domestic IPO will see its promoters, management hold 55% stake post the public listing. The startup which is heading for an IPO between April and May, is likely to see its early backer Reliance Capital exit.