Meanwhile, Tesla has registered an entity in Karnataka ahead of India launch

Tata Nexon has turned out to be the bestselling EV in India with 2,602 units sold in 2020 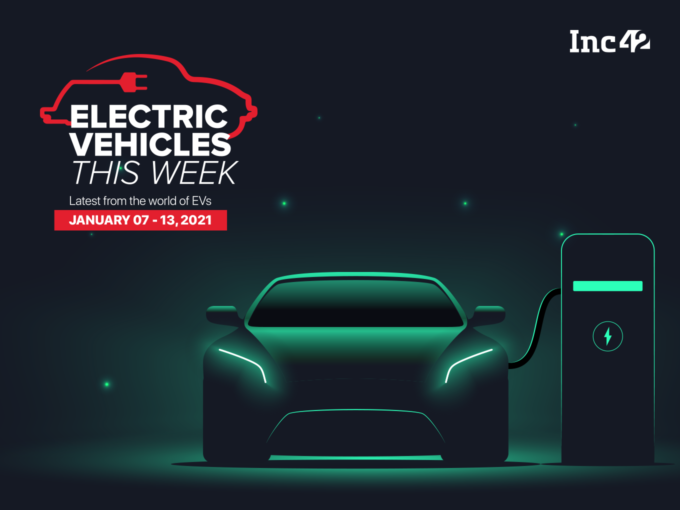 US-based electric vehicles (EV) giant Tesla has registered an entity ‘Tesla India Motors and Energy Private Ltd’ in Bengaluru Karnataka on January 08 this year, as it plans its entry in 2021. The company will first start with sales and then look into start assembling in India if the domestic demand is encouraging for the company.

The electric vehicle giant was incorporated as a subsidiary of the foreign holding company with authorised capital of INR 15 Lakh and a paid-up capital of INR 1 Lakh. As per the filings, Vaibhav Taneja, Venkat­rangam Sreeram, and David Jon Feinstein will be the three directors of the Indian business.

Even as Tesla is yet to shortlist a location for its R&D center, Karnataka’s industries minister Jagadish Shettar, said, “Tesla setting up its office in the state is a welcome step. We will cooperate with it and give it all the facilities to function smoothly.”

Tata Nexon Was India’s Most Sold Electric Car In 2020

Tata Nexon, launched in January last year, has turned out to be the most sold electric car in India with 2,602 units sold in 2020. With this, the model is said to have about 63% market share in terms of model sold. MG ZS EV, which was also launched in last January, sold 1,243 models. Hyundai Kona sold 183 units in the year and ended with 4.42% market share.

After Tesla, Triton Turns To India

US-based Triton Electric Vehicles, on Monday (January 11), said that it plans to introduce its N4 sedan in India. The company is looking at a starting price of INR 35 Lakh. The vehicle would be available in four variants and with 100 units of a high-performance limited edition, N4-GT also being launched in the country.

The company, in a press statement, noted that it has commenced pre-launch bookings for Indian customers on its website. It is also in advanced talks with Bharat Electronics Ltd (BEL) for a potential joint venture for manufacturing of batteries and electronics systems for energy storage system and EVs.

Indian electric-two-wheeler maker Okinawa Autotech has hinted towards the launch of its latest emobility offering “Okinawa Dual” this month. Last month, the company announced that it will be replacing its lead-acid products with lithium-ion versions.

New Year, New Beginnings! @OkinawaScooters is all set to transform and ‘eco-fy’ the #delivery service sector! Get ready for this Year’s most disruptive #electric two-wheeler as the Okinawa Family gets bigger this month. Unveiling soon#LeadtoShine #PowerTheChange with Okinawa Dual pic.twitter.com/HBmxJzTcTM

In an attempt to become carbon neutral, eBikeGo has partnered with SKS Clintech to convert its fleet with solar energy charged batteries. The company explained that all electric vehicles have some carbon footprint as they are charged in houses and offices. By switching the power source to a renewable one, the company’s fleet would be completely carbon neutral.

The company has already started installing solar panels in Mumbai on a pilot basis, and will look into more Tier 1 and 2 cities soon. The company noted that solar power will charge the batteries 30% faster than regular sources.

The authority has written to Tesla, seeking a recall of 2012-2018 Model S and 2016-2018 Model X vehicles. Tesla is yet to respond to the request, and it will have to provide a full explanation on the decision in case it denies the request.

China-based tech giant Baidu is looking to set up an electric vehicle making venture Geely. Baidu will be lead the development for the smart driving technology, whereas Geely will be in charge of car design and manufacturing. The latter is expected to forge a merger with Sweden-based carmaker Volvo for the manufacturing.