The government has increased the incentive for electric two-wheelers to INR 15,000 per kWh from the earlier uniform subsidy of INR 10,000 per KWh for all EVs

Ather Energy, TVS Motor, Okinawa and Revolt Motors have slashed the prices of their electric vehicles 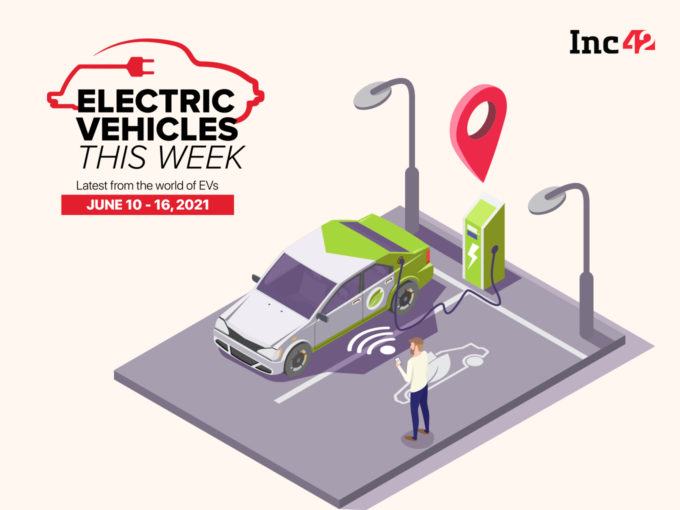 With the Indian government making partial modifications in the Faster Adoption and Manufacturing of Electric Vehicles in India Phase II (FAME India Phase II) incentives, electric two-wheeler makers in India are now passing on the benefits to consumers. The government has increased the incentive or uniform subsidy for electric two-wheelers to INR 15,000 per kWh from INR 10,000 per KWh for all EVs made in India.

Further, the department of heavy industries has increased the incentive cap for electric two-wheelers to 40% of the cost of EVs from 20%. Following this, automobile makers such as TVS Motor, Okinawa and Revolt Motors have slashed the prices of their electric scooter and motorcycle models.

Ather Energy has announced a cut of Rs 14,500 on the Ather 450X electric scooter. TVS dropped the price of its iQube Electric scooter by INR 11,250, while Okinawa Autotech has announced that it has slashed the prices of Okinawa iPraise+, which is now available for INR 99,708 with a reduction of INR 17,892 from the original price. The Okinawa Praise Pro is now cheaper by INR 7,947, and the Okinawa Ridge+, its affordable model, is now cheaper by INR 7,209.

The department of heavy industries is reportedly likely to grant a two-year extension to FAME Phase II, which focuses on incentivising high-speed electric vehicles, charging stations and commercial electric vehicles among other electric mobility initiatives. The scheme which was set to expire in March 2022 is likely to be extended till 2024.

From new policy for charging infrastructure in Delhi to a central government-instituted committee to discuss matters of clean energy and renewables, the electric vehicle industry got big boosts this week.

Ola Electric In Talks With CESL To Supply Electric Two-Wheelers

Ola Electric is reported to be in discussions with state-run Convergence Energy Services Ltd (CESL) to supply electric two and three-wheelers as well as charging infrastructure. Ola Electric is currently building what it says is the world’s largest electric scooter manufacturing factory in Tamil Nadu’s Krishnagiri district to make 10 Mn scooters. Besides Ola, Hero Electric, Mahindra Electric Mobility and Kinetic Green Energy are also said to be in talks with CESL.

The Delhi government has approved a single window facility to facilitate installation of EV charging infrastructure at private and public places such as apartments, group housing societies, hospitals, malls and movie halls in Delhi NCR.

“The Delhi government has approved an innovative, single window process for quick and efficient installation of EV chargers. This is in response to requests we have been receiving especially from apartment societies, RWAs, mall owners among others,” said Jasmine Shah, vice chairman of Delhi government’s Dialogue and Development Commission and member of the Charging Infrastructure Working Group.

“Delhi will soon be the only city in the world where anyone can get an EV charger installed and get government subsidy by making a single phone call or applying online,” he added.

Govt Committee To Focus On Renewables

The central government said this week it will up a new committee to bring in higher energy efficiency and deploy low carbon technology. Power and New and Renewable Energy minister R K Singh said the committee will have all relevant ministries as members.

He added that a detailed action plan would be developed to identify potential areas for the greening of electricity and the economy. Sectors with highest emissions intensity such as transport will be the key focus of the committee.

Electric Vehicle Headlines From Around The World

Mazda Doubles Down On EV Market

Japanese auto giant Mazda said it will launch 13 electric car models by about 2025, including hybrid models, and has committed to electrifying all its vehicles by 2030. The company will launch three hybrids, five plug-in hybrids and three fully electric vehicles in Japan, Europe, the United States, China and ASEAN markets. These cars will use Mazda’s Skyactiv architecture, and Toyota’s renowned hybrid system.

UK In Talks With Tech Giants For EV Gigafactory

Looking to improve the penetration of electric vehicles in the UK, the country’s government is said to have discussed setting up “gigafactory” electric car battery plants with six manufacturers. It discussed the project with Ford, Korean electronics conglomerates LG and Samsung among others. It has also held talks with the Japanese carmaker Nissan, as well as startups such as InoBat and Britishvolt for the same project.