Number of EV sold in India more than doubled to 167,041 units in the last three years 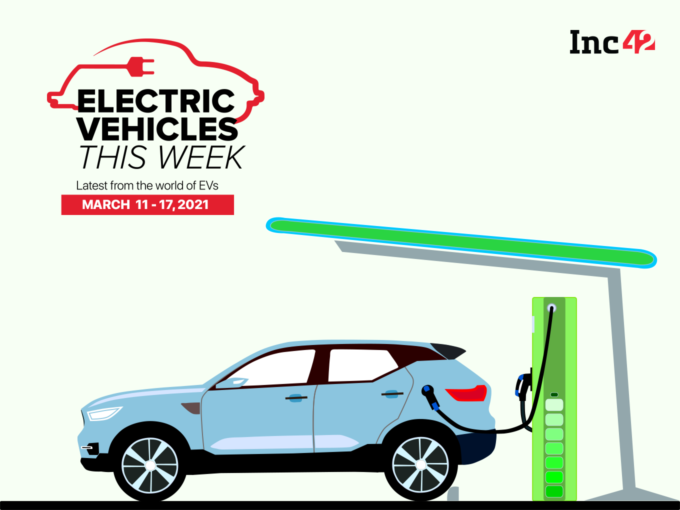 New Jersey-based electric vehicle (EV) giant Triton has registered an Indian subsidiary ‘Triton Electric Vehicles India Private Limited’ in New Delhi to take on its rival Tesla, which is set to make an entry in the country this year.

Triton’s newly formed Indian entity will work towards making India one of its biggest markets outside the US. Its Indian manufacturing facility will not only produce EVs for the domestic market, but also other countries such as Bangladesh, Sri Lanka, Nepal, the Middle East region and Africa. It is estimated that over 21,000 people will be employed at the Triton EV Manufacturing facility over the next three years.

“We are considering our India entry very critical and important for the company as well as for the entire industry. EV has a very strong future for Indian roads as well as for many parts of the world. The government authorities are also working very seriously in pushing the culture of EVs in India. We at Triton EV are committed to produce best in class EVs for India,” Triton founder and CEO Himanshu B Patel said.

Last month, Triton had announced its plans to launch its N4 electric sedan in India. The electric car is said to be more economical than Tesla’s most affordable option Model 3. It will have four different variants and high-performance limited edition in the country. Besides this, the company will also launch its armoured vehicle editions of Model H and M-Rover for the defence and security forces.

Number Of EVs Sold In India Doubled In 3 Years

In a written response to a question on the Indian EV market in the Lok Sabha, minister of state for heavy industries Arjun Ram Meghwal said that the number of registered EVs has consistently increased in the last three years.

Delhi Govt Plans To Set Up 10K Charging Points In 2021

The Aam Aadmi Party (AAP)-led Delhi government is looking to install 10,000 EV charging points in the national capital to boost the adoption of emobility. While announcing the project, Delhi’s transport minister Kailash Gahlot said that the government aims to set up a charging point at a distance of every three kilometres to increase people’s confidence in emobility.

Ola’s CEO and cofounder Bhavish Aggarwal, in an interview this past week, said that the company’s first self-developed EV two-wheeler will be launched in June this year once the factory is set up. He also emphasised that the product’s prototype has been assembled and is currently undergoing rigorous tests. The company is parallelly working on a full spectrum of two-wheeler solutions, bike, motorcycles, mass-market scooters and more.

State-owned Indian Oil Corporation (IOC) and Israeli batter developer Phinergy have formalised their joint venture to manufacture ultra-lightweight metal-air batteries for EVs. The joint venture will replace lithium with aluminium to make batteries that charge faster and have longer endurance.

“Al-Air technology will help us overcome most of the current challenges for vehicles and address most of the potential customers’ pain-points, including range anxiety, higher cost of purchase, and safety issues. This technology will also boost India’s existing aluminium industry and help the nation become self-reliant in the energy field and promote the ‘Make in India’ drive,” IOC chairperson SM Vaidya added. Before even flagging off the venture, the duo has bagged Maruti Suzuki and Ashok Leyland as customers.

The Indian Institute of Science (IISc) has developed a solar photovoltaic powered EV charging station in Bengaluru, Karnataka. The zero-emission EV charging station is powered by solar cells, and has been designed and developed at IISc’s sustainable transportation lab by the UK-based Greenencho Ltd under the Innovating for Clean Air (IfCA) programme of the Energy System Catapult of UK, the institution added.

Money Flows In For These EV Giants

New Delhi-based EV manufacturer Euler Motors has raised an additional $2.6 Mn in funding from the venture arm of Asia Development Bank (ADB) with participation from existing investors Blume Ventures. With this, the company has closed its Series A round at $9.5 Mn.

Euler manufactures three-wheeler cargo EVs which are of use in the third-party logistics sector for first and last-mile deliveries. The company had raised $4.1 Mn, earlier this month, in the same round led by existing investors Inventus India and Jetty Ventures. Growth Story’s Srinivas Anumolu and K Ganesh had also participated in the round, along with Udaan’s Sujeet Kumar.

Goa-based EV tourism startup B:Live has raised $1 Mn in a mix of debt and equity from LetsVenture, Mumbai Angels, JITO and Credit Wise Capital. The capital infusion was a part of a follow-on capital of Pre-Series A round.

Founded in 2017 by Samarth Kholkar and Sandeep Mukherjee, B:Live offers immersive tours, powered by smart e-cycles. The company works closely with multiple state governments to encourage early adoption of emobility across all tourist destinations in India. It has marked its presence across top 15 cities across nine states in India.

Ford Urges US Cong To Increase Tax Incentives For EVs


Leadership at Ford has urged the US Congress to increase tax incentives and other federal funding for EV technology.  Jonathan Jennings, vice president for Global Commodity Purchasing and Supplier Technical Assistance at Ford, has emphasised that additional federal help will be critical as the US auto industry faces outgoing competition with Europe and China for the future EV market.

The sales of EVs in China is expected to increase by more than 50% in the current calendar year of 2021. The country had witnessed an 8% growth in 2020 with 1.3 Mn models being shipped, whereas the global market saw a surge of 39% in the same time period.

According to a Canalys report, the 1.3 Mn EVs sold in China last year also represent 41% of global EV sales. The country is estimated to ship 1.9 Mn units of EV in 2021, a 51% surge in the native EV market and 9% growth for EVs in the overall automobile market in China