The sales of EV will overtake fuel-run vehicles in India by the end of 2030, Mahindra’s Anish Shah said

US Govt to replace its fleet of 645K cars and trucks with electric vehicles, says Joe Biden 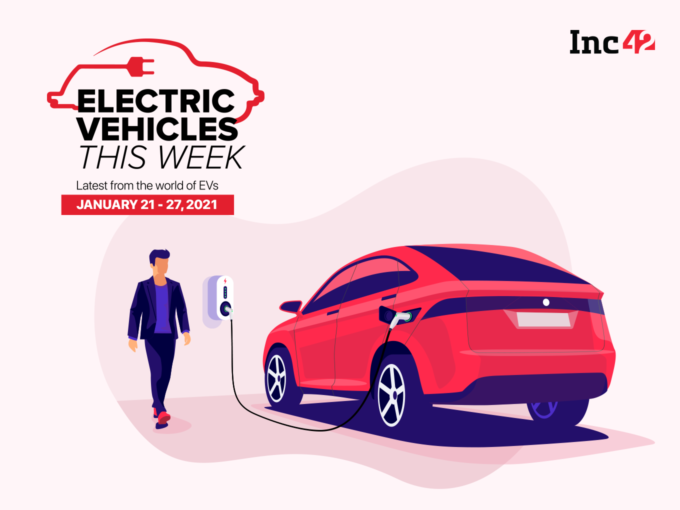 The Indian emobility segment has grown immensely in the last couple of years in order to build up the muscles to become the world’s largest electric vehicles (EV) markets in the upcoming years.

“The role of government is crucial for accelerating adoption. Right now, the uptake of electric vehicles is slow due to the high upfront cost and range anxiety, but a long-term investment in research and development (R&D) will create sustained growth,” Christoph Wolff, Head of Mobility at World Economic Forum, said while launching the ‘EV-Ready India- Part 1: Value Chain Analysis of State EV Policies’ report two years ago.

The report, in collaboration with Old Mobility Institute, has analysed the EV policies and programmes of 10 states to understand the larger impact on the emobility segment and further growth potential of the industry in India. No matter how great the policy may be, there is no denying that the emobility segment was severely hit during the pandemic. It may be the time for the government to reassess the situation and come up with policies that could help the segment grow at the same momentum.

For this edition of ‘Electric Vehicles This Week’, Inc42 spoke to several stakeholders and startups working in the emobility segment to understand their expectations from the union budget and how it may help in the long run.

“EV manufacturers would certainly hope for few policy changes, ease of finance, and reduction of GST slabs from the upcoming union budget. These costs eventually increase the cost of manufacturing and of owning the EV, which again slows down its adoption. Undoubtedly, the government has shown its support with various initiatives… and we’re expecting them to take more supportive steps on the policy framework which will help the EV sector in long term,” Simple Energy’s founder Suhas Rajkumar said.

Several entrepreneurs Inc42 spoke to have sought government’s intervention in creating more awareness about the sustainability and long-term cost benefits of EVs. Besides this, the segment wants the government to look into mobilising financing solutions for the customers looking to buy EVs but are not able to do so due to its current market prices.

Euler Motor’s Saurav Kumar added that the financing is among the biggest concerns behind the slow adoption of EV and the Indian government should prioritise the loan schemes to make it more attractive for consumers, especially in commercial segments. “There needs to be a clear direction with new financing for banks and NBFCs [non-banking financial company] schemes to facilitate easy financing of electric vehicles for the buyers,” he added.

Meanwhile, Zypp’s founder and CEO Akash Gupta added that the government should look into offering subsidies for EV fleet operators in order to boost sustainable solutions.

Besides financing solutions, the EV industry has also been seeking lower GST rates and import duties for itself. The government of India had reduced the GST on all EVs from 12% to 5% where as a fuel-run vehicle attracts a GST of 28%. However, the government still imposes a 28% GST on lead-acid batteries and 18% GST on lithium-ion batteries.

To add to that, the government currently levies an import duty of 5% on lithium-ion batteries that are scheduled to increase up to 10% effective April 2021, according to Nagesh Basavanhalli, Group CEO & MD of Greaves Cotton Limited.

Jeetender Sharma, founder and MD of Okinawa Autotech explained, “While the GST input on raw material is 18%, the tax on outward supplies currently stands at 5%, leading to an implicit inverted duty structure for us (manufacturers).” He added that a reduction can optimise the cash flows for manufacturers.

Vogo’s cofounder and CEO Anand Ayyadurai believe that the government should reduce the GST on lithium-ion EV batteries from 18% to 5% to boost the segment. Meanwhile, Gemopai’s MD and cofounder Amit Raj Singh added such a move will go a long way and increase adoption for “value-for-money EVs while giving relief to manufacturers.

The taxations and all have also impacted other parts of the mobility segment. Satya Chakravarthy, cofounder of ePlane, added that the “We would like for batteries to cost less and imports of other EV components too like motors and drives to be temporarily enabled while pushing with funding on indigenous R&D and startups on electric aerial mobility.”

“Secondly, it would be great if the government maintains GST at 5% only and not increase it and create more awareness among the people about the tax benefit in order to encourage more and more people to shift towards sustainable and affordable electric mobility solutions” Greaves Cotton’s Basavanhalli added.

The emobility segment is also expecting greater incentives and support for Indian EV manufacturers and service providers, under the Atmanirbhar Bharat and Vocal for Local initiatives. The segment believes that such an initiative can boost India as a manufacturing base for EVs and other electronic components.

The players also believe that the government should spread the use cases of FAME II ( Faster Adoption and Manufacturing of Hybrid and Electric Vehicles) by bringing more companies and models under its ambits. Currently, the FAME I policy offered subsidies on high-speed electric two-wheelers, but the FAME II reduced the subsidies making the high-speed models costlier. This has reduced the sale of these subsidised models to 3,000 units in FY2020.

“Moreover, the latest incentives under the PLI [Production Linked Incentive] scheme are set to spur lithium-ion cell manufacturing in India and the role of fabrication units would be incremental to make this happen. We expect the Government to introduce concrete measures that support this outlay and kickstart production of lithium-ion cells in India” Kumar of Euler Motors added.

Mahindra’s deputy managing director Anish Shah, in an interview with Bloomberg said, the sales of EV will overtake fuel-run vehicles in India by the end of the decade as the vehicles become more affordable and infrastructure/technology improves, hopefully with the help from the government.

Tata Nexon has managed to capture 64% of the market share in terms of models sold within the first year of operations by selling around 2602 units in 2020. MG ZS EV, which was also launched in last January, sold 1,243 models. Whereas Hyundai Kona sold 183 units in the year and ended with 4.42% market share.

Ahmedabad-based EV startup Matter has announced that it will be launching EV and a range of energy solutions in India starting 2021. The company will be entering Indian cities like New Delhi, Bengaluru, Mumbai, Chennai, Hyderabad, Kolkata, Pune, Lucknow and Chandigarh.

The US government will replace its entire fleet of 645K cars and trucks with locally made EV models, president Joe Biden said on January 25 while signing a “Buy America executive order. Though Biden did not offer much details on the initiative, but it is set to to boost emobility sales in the region.

US-based electric vehicle maker Faraday Future will go public through a merger with Property Solutions Acquisition Corp in a deal that will value the combined entity at $3.4 Bn. Faraday and Property Solutions is supported by a private investment of $775 Mn and is expected to fetch Faraday $1 Bn in gross proceeds.