The electric-car segment has seen a slump in sales, due to Mahindra e-Verito discontinuation 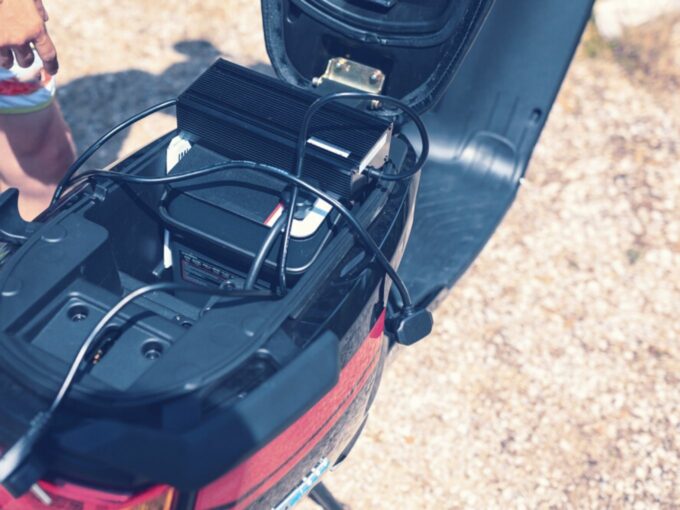 The Indian electric vehicles (EV) industry has registered a 20% surge with sales of 1.56 Lakh units in the financial year 2019-2020, compared to 1.3 Lakh in the previous year. The current hike does not include the sales of electric rickshaws.

As per the Society of Manufacturers of Electric Vehicles (SMEV), electric two-wheelers have made up for almost 97% of total sales with 1.52 Lakh units sold versus 1.26 sold in the previous year. Even the sales of electric buses have grown from 400 to 600 in FY20. Meanwhile, the sales of electric cars have slumped to 3,400 from 3,600 units sold in FY19. Meanwhile, 90K units of electric rickshaws were sold in FY2020, but the figures for the previous year are unavailable.

The fall in the sales of electric cars is being attributed to the lack of bulk purchases in FY20 and discontinuation of Mahindra E-Verito. However, the electric cars have also started to see traction in the shared mobility segment as well, though the range of EV and lack of charging spots continues to be a challenge.

The SMEV added, “The acceptability of electric cars in the premium segment in the second half of the year was a positive signal of a quantum jump of a much higher volume of e-cars in FY 20-21.”

In the first half of FY20, the sale of high-speed electric two-wheelers crashed by 94% with only 3,000 units sold. This steep decline was attributed to the updated certification policy under phase II of Faster Adoption and Manufacturing of Electric Vehicles (FAME 2), which required manufacturers to go back to the government to get the right certification which would provide incentives.

Whereas, the sale of low-speed electric two-wheelers, which do not fall under the ambit of FAME 2, remains unaffected with sales of over 49K. SMEV had then claimed that policy changes lowered the subsidies under FAME 2, making the high-speed models costlier. In turn, it has pushed customers into buying “less efficient” low-speed electric two-wheeler, which does not fall under the FAME 2 policies.

The same trend continued to follow in the other half of FY2020 as well, leading to more sales of low-speed electric scooters. According to SMEV, low-speed scooters constituted a whopping 90% of all the electric two-wheelers sold in the entire financial year.

What Will Covid-19 Change?

SMEV director-general Sohinder Gill believes that FY20-21 will be a defining year for the EV segment, despite the disruption caused by the Covid-19 pandemic. The industry body accepted that the EV industry will face the “brunt” of Covid-19, like other automotive businesses.

However, the drop in pollution levels due to the lockdown is likely to leave a permanent impression in the minds of consumers about how they can breathe easily and remain healthy if the society moves towards electric mobility, Gill added.

Within the entire EV market, even SMEV has been pinning its hopes to the electric two-wheelers as people would want to switch from “crowded mass transport” to another mode of private transportation with the same cost of commuting.

Besides this, SMEV believes that ecommerce companies and other industries experimenting with EVs in the commercial segment would also be beneficial for the segment as a whole. Alongside this, the on-going innovation in the electric two-wheelers segment will help boost sales as well, he believes.