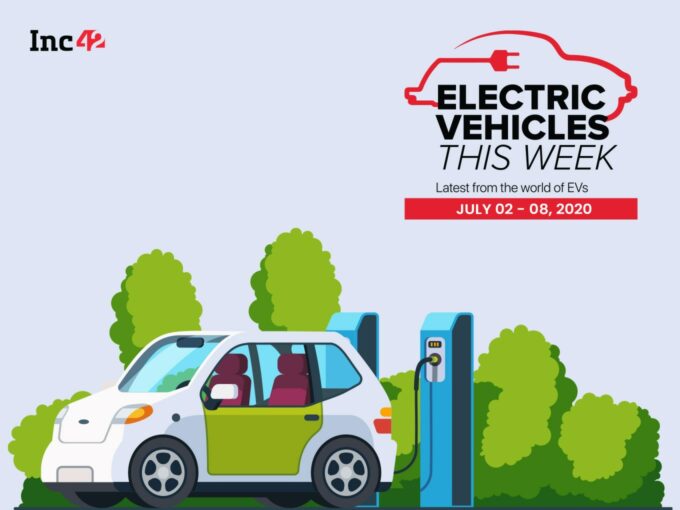 According to Deloitte’s Global Automotive Customer Research for 2020, the study revealed that 40% of Indians are likely to buy a hybrid, or battery-powered electric vehicle in the coming years. Further, Deloitte’s study stated that two out of three Indians are willing to pay additional INR 50K for connected cars.

Moreover, the study highlighted that more than 75% of consumers in India and China are embracing the idea of vehicle connectivity and electric vehicles, twice the rate in Germany, which stood at 36%. On the other hand, developed countries such as the US and Japan aren’t enthusiastic about advanced technologies, and Korea sees value in vehicle connectivity.

Citing the clean environment experienced by the people during the Covid-19 lockdown period, the electric vehicle players, Hyundai Motors, Mercedes-Benz and MG Motor among others, at the EESL online forum, urged the government to come up with an incentivised, electric vehicle-friendly reforms, and charging infrastructure development for fast adoption of electric vehicles in the country. Hyundai Motors’s AVP and Group Head, Brijesh Gubbi said that initiatives such as EV battery policy need to come out soon. Mumbai-based electric vehicle startup Earth Energy EV recently announced that it has raised an undisclosed amount of seed funding from LR Joshi, MD at Pranada Bio-Pharma. Prior to this, Earth Energy EV had also raised investments from private investors and has been a part of the SmartCity Dubai Accelerator Programme in 2018.

Earth Energy EV will be using the fund to launch three new electric vehicles by end of this year, which has been under testing for the last two and half years. Also, it will be using it for strategic hiring, strengthening the sales network and building enhanced OEM relations and strong supply chain. The founder of Earth Energy Rushi Shenghani claimed that the vehicles are 96% localised.

American electric car manufacturer, Fisker Inc., recently announced that it has raised $50 Mn Series C funding from Moore Strategic Ventures. The company said that it will be using the fund to support the next phase of development on the upcoming Fisker Ocean all-electric luxury SUV. “We are radically challenging the conventional industry thinking around developing and selling cars and this capital will allow us to execute our planned timeline to start pricing vehicles in 2022,” said Fisker’s CEO Henrik Fisker.

In a bid to tackle the climate change problem, German multinational conglomerate’s energy wing Siemens Energy recently said that it will be planning to exit coal-generated electricity soon. Joe Kaeser, CEO of Siemens Energy said that the power generation is responsible for about 40% of global electricity-related carbon emissions. “That is why I have asked the managing board of Siemens Energy AG to quickly present a stakeholder-friendly plan to phase out coal-based power generation,” the CEO added.

Tesla’s CEO Elon Musk recently said that it is ‘very close’ to achieving level 5 autonomous driving technology, referring to driverless capability. At the Shanghai’s World Artificial Intelligence Conference (WAIC), Musk remarked: “I am extremely confident that level 5 or essentially complete autonomy will happen very soon.” In addition to this, Tesla is also developing a new cooling system that enables more advanced computers in cars, he added.