Ampere Vehicles will own 74% stake in Bestway Agencies

Electric two and three-wheelers will account for over 80% of passenger vehicles sold by 2030, report 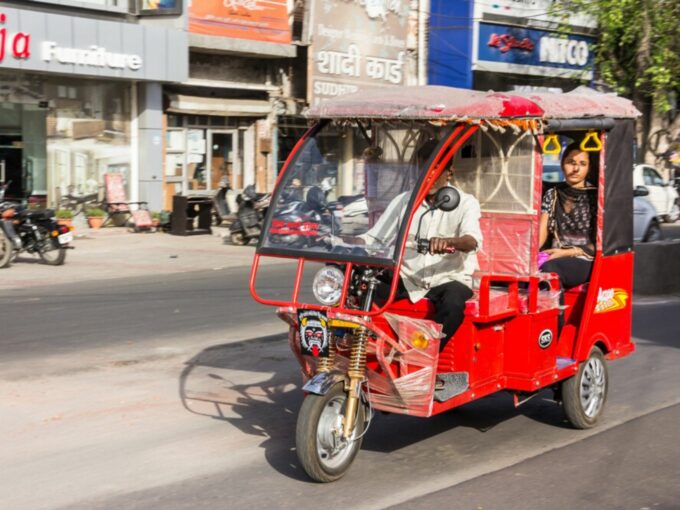 Under the first phase of the acquisition, Ampere has offered an upfront cash consideration of INR 7 Cr for 74% stake, which includes share purchase and non-compete and non-solicit fees. However, the payment is subject to completion of pre- and post-closing obligations.

Under the second-phase, which is expected to begin in April 2021, the consideration will be determined on the basis of the fair value of Bestway Agencies equity shares as on March 31, 2021. The payment will be made subject to completion of various conditions agreed between the parties. Notably, Bestway Agencies, which sells under the brand name ELE, recorded INR 34.73 Cr revenue in the financial year 2019-20, compared to INR 24.33 Cr in 2018-19

Through this acquisition, Ampere Vehicles will venture into the electric rickshaw segment to enforce a strong presence in both electric two and three wheelers. Moreover, the acquisition will also allow it to offer a complete product portfolio to its B2B customers who have requirements for electric three wheelers as well for both people and cargo mobility.

As per the Indian electric vehicle industry report by DataLabs By Inc42+, electric three-wheelers available in India are priced lower than any other category of electric vehicles. The lower running cost (USD 0.15 per ride) is helping individuals and businesses gravitate towards electric three-wheelers. The report highlights that in Tier 1 cities, price parity between EVs and conventional fuel vehicles will come in two years of ownership, but it takes more time in Tier 2 and Tier 3 cities due to infrastructural gaps. Electric three-wheelers provide more benefit than petrol or diesel-powered rickshaws over 10 years of life cycle depending on the investment done.

Commenting on this acquisition, Nagesh Basavanhalli, MD and CEO of Greaves Cotton  and director at Ampere Vehicles, said, “The acquisition will further strengthen Ampere’s relationship with the Indian consumer by adding last mile mobility products and services for uninterrupted journey, enhancing productivity across electric two and three wheelers spectrum. Combining Ampere’s and Bestway’s expertise will help in further boosting the company’s growth and strengthen market positioning as leading e-mobility business in India.”

Ampere was founded in 2008 by Hemalatha Annamalai. The company raised an undisclosed amount from Ratan Tata in 2015. It has so far raised $200 Mn funding and counts Tata, and Chairman Axilor Ventures  Senapathy “Kris” Gopalakrishnan as its key investors. Mumbai-based engineering company Greaves Cotton had acquired the company in 2018.

The company’s two wheeler product portfolio includes Reo Elite, Zeal, V-48 LA, Magnus 60, Reo LA and REO Li. Reo Elite was unveiled in December 2019 and it does not require any license or registration due to low speed. Ampere Vehicles claims to have a customer base of 40K users. In October 2019, Ampere struck a deal with Amazon and became the first automobile brand in India to sell its e-scooters online.