As cryptocurrency takes a hit from the potential crypto trade ban in India, blockchain technology rises to the occasion

Niti Aayog is already working on various use cases of blockchain technology in land records, educational certificates and others 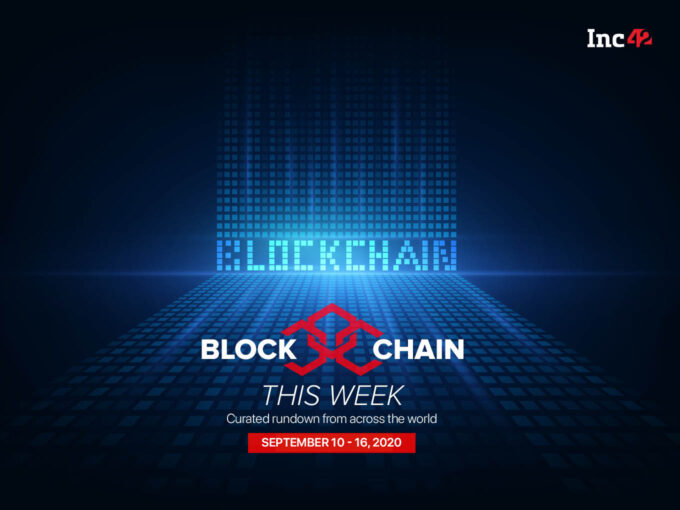 As the cloud of uncertainty hangs over the possible crypto trading ban in the country, the Indian government is keen on its underlying technology and plans to support other blockchain innovations in the country instead.

Spearheaded by Niti Aayog, the government’s think-tank has already been working on various use cases of blockchain technology in the areas of tracking and tracing of drugs in the pharma supply chain, education certifications, claim verification and approval in the disbursement of fertiliser subsidy and transfer of land records.

Looking at the recent developments, the Indian government may plan to go beyond these use cases and explore blockchain technology implementation across industries including agriculture, healthcare, fintech, governance, energy and supply chain among others. In fintech, once the crypto trading is out of the equation, chances of India introducing its own central bank digital currencies (CBDCs) in the future seem plausible.

Also, with the introduction of ‘Blockchain: The Indian Strategy’ earlier this year, Niti Aayog’s CEO Amitabh Kant had plans to start a dialogue on blockchain and help various government institutions to explore the implementation of this technology, on how it can be effectively leveraged for the betterment of the society.

According to B2B research and review platform GoodFirms, the use of blockchain technology in smart contracts and internet of things (IoT) connectivity is anticipated to take shape in the coming times. Further, the survey highlighted that 90.9% use of this technology will be related to smart contracts, followed by IoT connectivity, which stood at 51.5% as anticipated by blockchain experts. 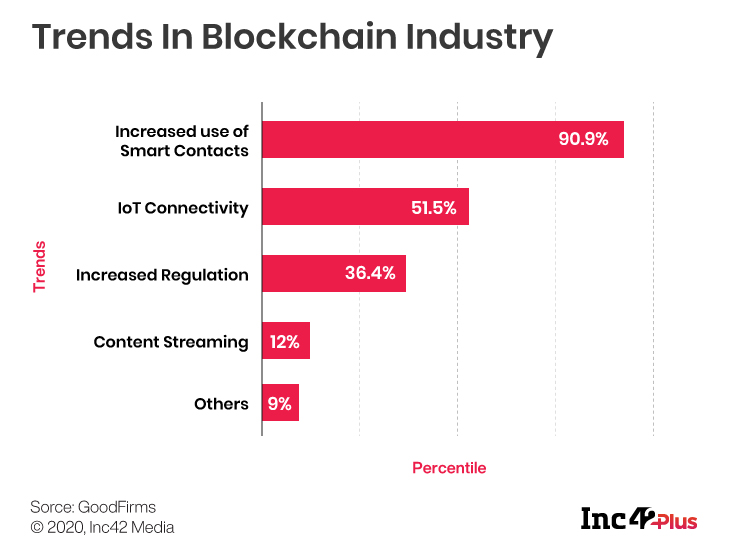 New York-based analytics software solution provider CB Insight acquired a Netherland based blockchain startup Blockdata for an undisclosed amount. This acquisition comes after its recent acquisition of Dow Jones VentureSource in July 2020. With its latest acquisitions, CB Insights looks to bring proprietary data in house, which will allow them to further boost its platform to make quick decisions about technology, seamlessly.

With its recent acquisition deal with Blockdata, the company will remain a separate entity, where it will be catering to its existing customers and CB insights’ clients. Also, CB insights has set up a separate office in the Netherlands, thereby making its international expansion with an office in Amsterdam.

Melbourne-based blockchain-powered shared economy platform ShareRing recently partnered with China’s state-backed blockchain initiative, the Blockchain Service Network (BSN). With this partnership, ShareRing will be integrating various services such as insurance, travel, logistics and marketplace under one roof, where it looks to reduce barriers to entry in the blockchain services sector by helping enterprises and developers deploy enterprise solutions on the go.

One of Russia’s largest banks Sberbank (Switzerland) AG partnered with a Geneva-based blockchain-powered trade finance platform Komogo to expand its commodities activities. With this, Komgo will enable its bank customers to exchange data and wrap trade finance deals in real-time. Currently, Komogo has more than 20 banks and 140 companies using its platform, including BNP Paribas, Lloyds, ABN Amro among others.