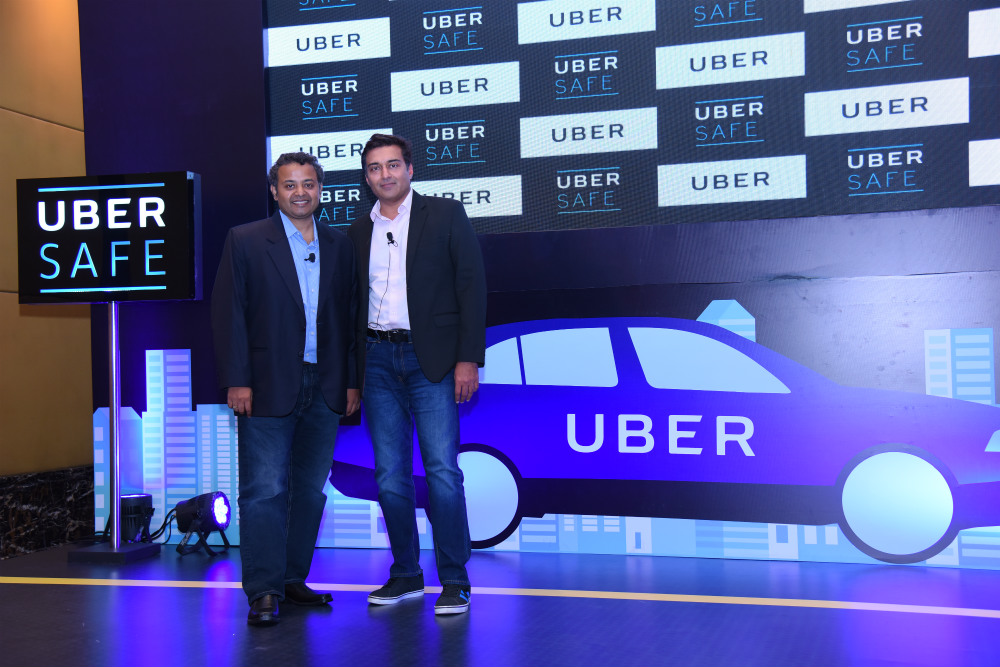 After facing a tough 2017, Uber has started working on rebuilding its brand image in the global markets. Uber India has announced the UberSafe Campaign, thereby lining up three key initiatives. This includes, Drivers’ real-time ID check to stop driver duplication, Share My Trip feature for drivers and integration of the Himmat App, to enhance women’s safety measures while travelling with Uber.

The development came in soon after Uber India integrated Unified Payments Interface in its system. Also, after a lot of debate and controversy, Uber finally announced its new CEO Dara Khosrowshahi.

As stated by Pradeep Parameswaran, Head of Central Operations, Uber India, “We strongly believe that ensuring a safe ride experience requires concerted efforts, wherein riders, driver partners, Uber, law enforcement agencies, policy makers and the India Inc., must come together to make our cities safe and give citizens the freedom of mobility.”

One major issue that cab aggregators face is that of driver authentication. Many times, it has been seen that drivers travel with fake ids. Either they have registered wrong information or they are driving on someone else’s behalf.

In any case, this could pose a serious threat to the safety of the rider. It will also reduce chances of further tracking the culprit in case of any mishap.

According to Uber, driver partner accounts could be duplicated due to one of many reasons. This includes:

To avoid such safety breaches, the company has introduced “Real Time ID Check” to help eliminate drivers’ account sharing incidents. This technology has the capability to identify duplicate accounts. Such accounts would be temporarily paused unless verified by the drivers. Also, unidentified accounts will be deleted, thereby, ensuring a safe ride for a Uber rider.

Safety Measures For Both Riders And Drivers

Until now, the ‘Share My Trip’ feature was limited to Uber riders. However, Uber has now allowed drivers too to share the trip information with a few close contacts. At the same time, care has been taken by Uber to not implicate the privacy of the rider or divulge their personal information. This will help an Uber driver share his location and availability for a call or other purposes with his family/connections.

Taking a step to enhance the safety for women riders Uber has also integrated with the Himmat App, an initiative by Delhi Police for women’s safety. The Himmat App link will now directly connect the rider to Himmat safety features while on the go in an Uber ride.

The cab aggregator has also joined hands with the top bars in top cities to promote #DontDrinkAndDrive. Under this initiative, a bar manager can directly book a cab ride for the people consuming alcohol at the location.

Pradeep further added, “We are working closely with the law enforcement agencies, NGOs and the Government, at both the city and country level, through a series of partnerships and programmes that will help preempt and prevent any untoward incidents and keep our cities UberSAFE.”

Since the start of the year, Uber has had a rough ride. At one point, Uber was struggling under multiple scandals and legal tangles. However, as they say, ‘after the darkest of the hour, comes a new dawn’. Let’s hope that, for Uber India, the UberSafe campaign and the newly launched features including the corrective measures for driver duplication will prove to be a new start under the new leadership of Dara Khowsroshahi.