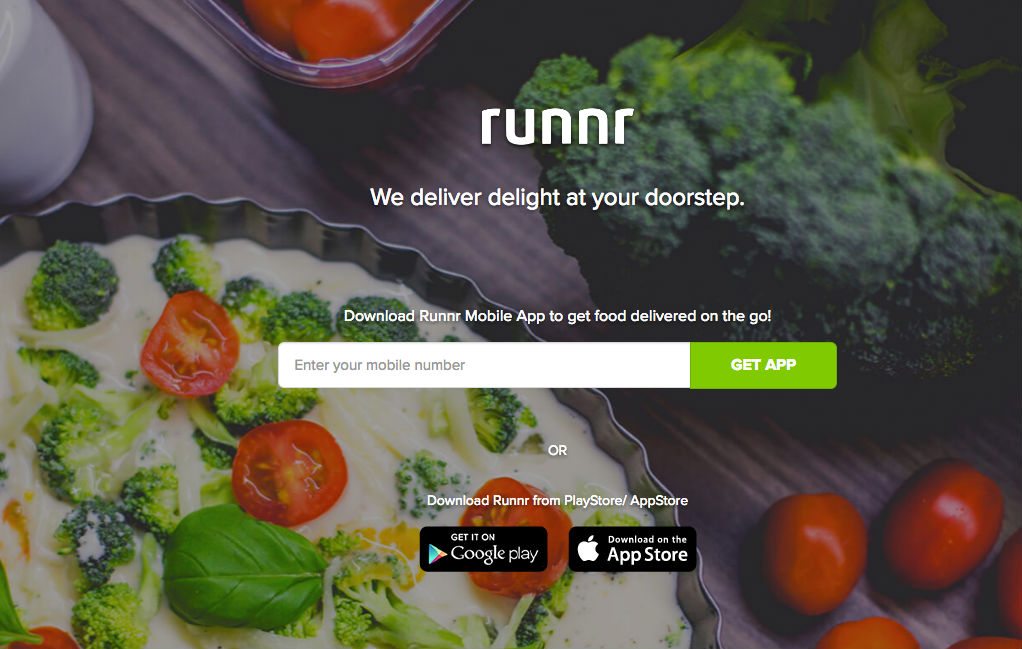 Bangalore based hyperlocal startup, Roadrunnr today made an official announcement that it has Tinyowl and has rebranded itself as Runnr. The company has also pivoted its business model to become a food ordering and delivery app.

Earlier last month, we have reported about the talks being held between the two companies for a merger. Tinyowl’s co-founder Harshvardhan Mandad had earlier disclosed the companies plan to relaunch services, with Roadrunnr to Medianama. Sequoia Capital and Nexus Venture Partners are the common investors in the two companies and have pushed the deal.

In a bid to reposition itself as a customer centric platform, it has launched a fully integrated app called Runnr which is now available on the iOS and Google Play Store. The app is currently live in South Bombay with over 150 restaurants. There is no minimum order size and the app offers live tracking of delivery.

Earlier in March 2016, Roadrunnr was forced to change the brand name to Runnr, after an unknown company filed a lawsuit against Roadrunnr over an intellectual property right. The startup also changed its domain name to runnr.in.

The combined entity (Roadrunnr + Tinyowl) will come in direct competition with Zomato and Swiggy.

Runnr was founded by Mohit and Arpit Dave, early last year. Since then the startup has made a lot of news. It first started as a B2B delivery platform, but soon changed its business model to ecommerce delivery. To date, the founders have raised INR 101 Crore and is backed by investors such as Sequoia Capital, Russian billionaire Yuri Milner, Nexus Venture Partners, Apoletto Asia, the personal investment vehicle of DST Global’s partners and Emerging Markets Internet Fund, a subsidiary of Rocket Internet SE.

While TinyOwl was founded in 2014 by Harshvardhan Mandad, Gaurav Choudhary, Saurabh Goyal, Shikhar Paliwal, and Tanuj Khandelwal. In October 2015, the company had raised $7.6 Mn. Earlier in February 2015, it raised $15 Mn in Series B round. Recently, Tinyowl had shutdown its operations in all the cities except Mumbai.

Lately, investors have tighten their purse strings for startups in India. More than 18 shutdowns in just 5 months and slash down of valuations of industry biggies, have left many investment deals, dangling amidst discussions only. Recently, Peppertap shut down its on demand delivery business and Grofers had shut down operations in smaller cities. Also, many startups are now busy in either restructuring their operations or reducing their workforce to cut down costs.

Roadrunner’s step to remodel and enter into food delivery segment can be considered as  a good move owing to present conditions. But with even food delivery startups like Dazo shutting down, only time could tell how things will get move for Runnr.