TinyOwl Gets INR 100 Cr. From Matrix, Sequoia & Nexus In Series B

TinyOwl Gets INR 100 Cr. From Matrix, Sequoia & Nexus In Series B 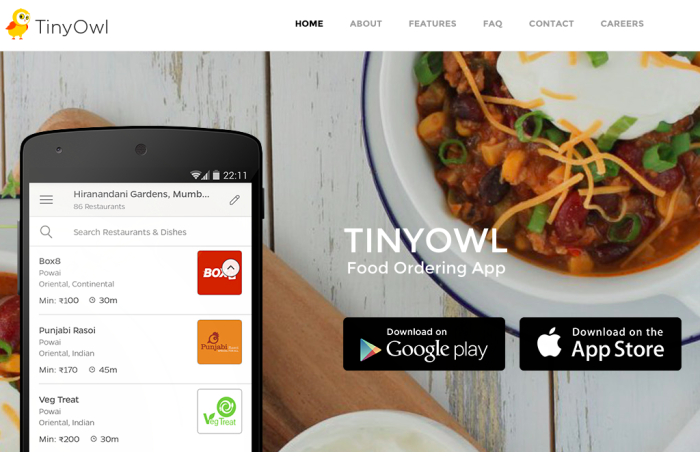 TinyOwl is currently serving only in Mumbai and it has planned to utilise the funds to expand in 50 other cities and gain market traction. It is also looking forward to make investments in user friendly technology and hence improve the level of customer experience and satisfaction.

Harshvardhan Mandad, Co-founder and CEO, TinyOwl said, “With our initial funding and unique business model, we have experienced immense growth in last one year in Mumbai itself. We plan to use the current funding for national level expansions aggressively and innovating on the products side to give seamless experience to the users.”

Gautam Mago, Managing Director, Sequoia Capital India said, “We partnered with the TinyOwl team in 2014 to help them realize their vision to reimagine food delivery in the era of smartphones, and are delighted to participate in their Series B financing. TinyOwl has made significant progress in the last few months – they have worked closely with restaurants and have also built a delivery infrastructure to ensure that more people can order from the convenience of their own homes. TinyOwl is live all over Mumbai and we are excited that they will shortly be available in other major cities.”

The company had earlier raised $3 Mn from Sequoia Capital and Nexus Venture Partners in December, 2014. TinyOwl, co-founded in 2014 by Harshvardhan Mandad and Saurabh Goyal, is an online platform, connected with around 4,000 restaurants, and serves its various customers according to their preferences. It works in a two wing structure, one being the TinyOwl which helps you order food from the nearby restaurants and other one is TinyOwl HomeMade which lets you order from local chefs.

Sequoia Capital is a venture capital firm having a long history of successful investments in India. So far it has invested in almost every type of industry. Few of its recent customers include Peppertap, Cardekho, Newshunt, Freecharge and Homelane. Matrix Partners has also invested in a wide variety of sectors in India like mobile internet, consumer and healthcare. Practo, Stayzilla, Limetray and Newshunt are few startups in which it has invested in. Whereas Nexus is an investor in TargetingMantra, Druva, Housing.com, Spoonjoy among others.