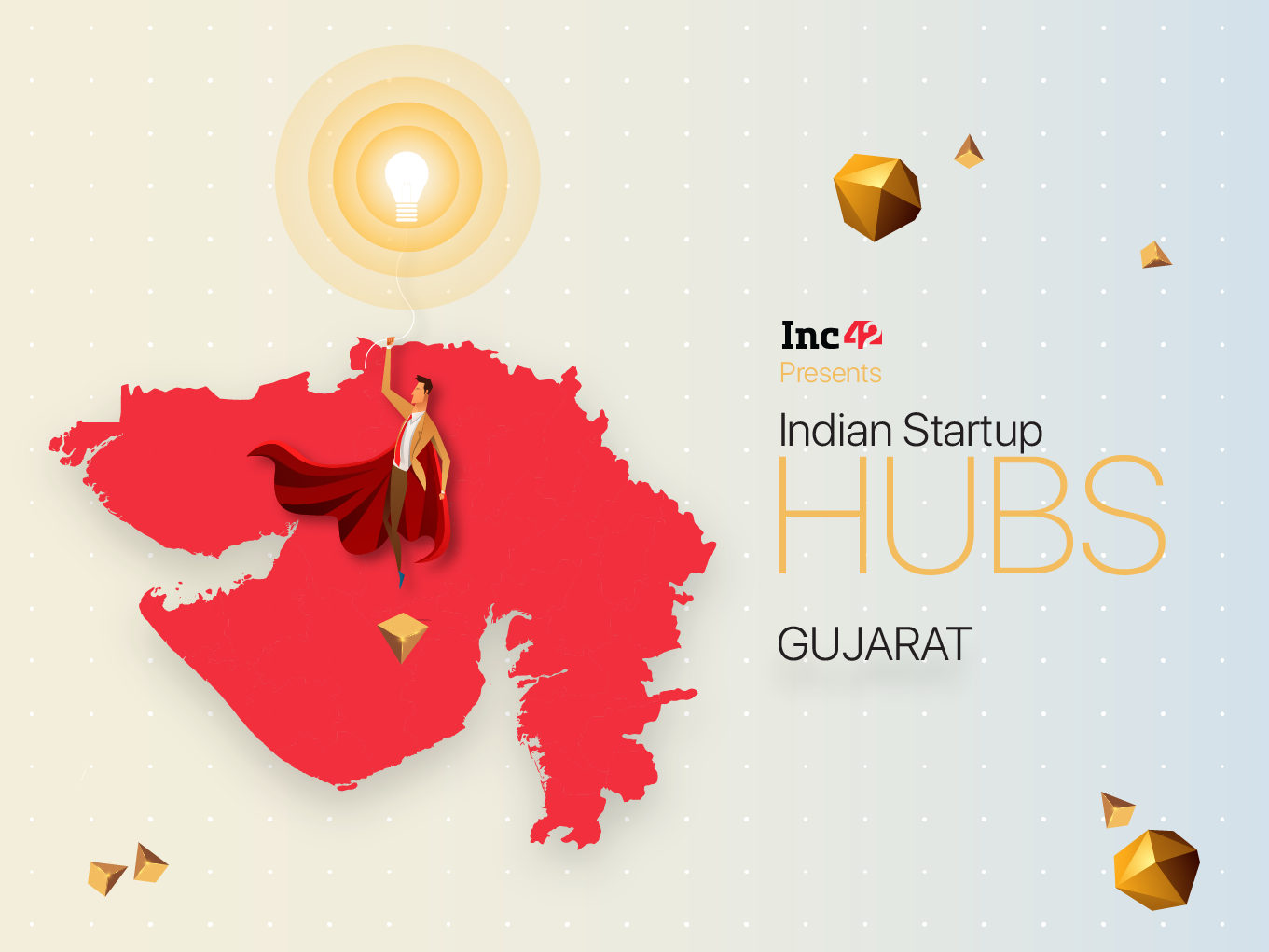 Though a very entrepreneurial state, Gujarat has lagged behind in terms of tech innovation

Lendingkart, Infibeam, Beardo and other startups are changing the image of Gujarat in the tech industry

While Gujarat is practically known and has grown due to its traditional businesses when it came to tech, the state took a little longer than to catch up. Though today it is widely famous as the best performing startup state and one with the most proactive government for startups, the state still has a long way to go to compete with the leading hubs from the country.

“Gujarat has traditionally been very entrepreneurial but when it came to the whole IT wave in the country, the state missed the buzz entirely,” Suneel Parekh, founder, Gujarat Angels, told us.

While in talks with investors and startup enablers in the state, Inc42 realised that there are two major reasons behind this miss — people have become used to the traditional sectors of manufacturing, while tech education and innovation is not on the same level. This results in a lack of talent for tech startups as well as the right environment to foster tech innovation.

Even then, the state has geared up quickly and is catching up with tech trends in the rest of the country. While Lendingkart and Infibeam lead the way when it comes to the most prominent startups from the state, here is a quick look at other up-and-coming and promising startups taking Gujarat closer to being a major startup hub in India.

The Promising And Prominent Tech Startups From Gujarat

Founded in 2014 by Harshvardhan Lunia and Mukul Sachan, this startup is amongst the most prominent startups from the state and is expected to become a unicorn soon. Having raised over $200 Mn funding, it claims to have disbursed over 70K loans till date and has a presence in more than 1300 cities across all 29 states and union territories in India.

Another soonicorn, this ecommerce company, founded in 2007 by Vishal Mehta, runs payments processing services CCAvenue and has become one of the most prominent names from the state. Last year in December, it recorded a net profit of $3.6 Mn and also signed an MoU with a Middle East investment firm to expand its services to countries in the region.

Founded in 2016 by Hunny Bhagchandani, Mohit Chelani, Inc42 came across this early-stage startup during its visit to the state with BIGShift. This startup has taken the initiative to help the visually-challenged with their assistive mobility device. Its flagship product, Saarthi uses the ultrasonic sensor to help those with impaired vision understand how close or far objects are in closed spaces.

Another discovery of Inc42 BIGShift, Reelo was founded by two brothers Parin and Prit Sanghvi and is a loyalty programme helping local stores and shop owners grow their businesses by building a relationship with their customers. It helps clients acquire new customers and retain old ones. Starting its operations kicked off in 2017, the startup claims to have a presence in 24 cities and more than 1,500 clients.

A waste management company, Nepra Resource Management with its brand, ‘Let’s Recycle’ was founded by Sandeep Patel in 2011. Responsible for over 950 waste pickers in Ahmedabad, the startup is experimenting with advanced tech such as robotics and artificial intelligence in the waste management sector to make it more efficient. In addition to that, it expanded its reach to Indore with a facility that would process over 300 tonnes of waste per day.

Founded in 2014 by Aditi Gupta, this content startup has not only penetrated the domestic markets but has also crossed the borders to reach readers in 20 different countries. Using a comic book format to educate people about menstruation it is present in over 6K schools and is in use by over 120 NGOs.

This men’s grooming brand from Ahmedabad has earned fame not only in the state but is also one of the prominent names in the country in the men’s grooming segment. Founded in 2015 by Ashutosh Valani and Priyank Shah, it has seen interest from various giants in the country such as the FMCG company, Marico which acquired a 45% stake in the startup in 2017 and plans to acquire it by March 2020.

Claiming to be the first Indian company to make text-to-speech a commercial reality for Indian languages, this startup was launched in 2015 by Mausam and Maulik Patel. It has three variants – English, Hindi and mixed (Hindi and English) support. Another one that was discovered on the Inc42 BIGShift tour to Ahmedabad, its APIs are integrated with interactive voice response (IVR) software used by customer service centres, allowing regional language speakers to access communication either through text or through audio.

Launched in February 2017, by Dhrupal R Shah, Abhishek Sharma, and Pankaj Kumar Verma, this startup aims to be the one-stop solution for STEM education. STEMpedia uses project-making and problem-solving to enlighten young minds about new tech and also teach them the necessary new-age skills.

Founded in 2007 by Leo Mavely, this startup is providing an affordable, fast-acting material to stop excessive bleeding using a material called ‘chitosan’. Funded by Ratan Tata’s UC-RNT, this medtech firm has come up with chitosan sponges arreset bleeding in wounds. It has also raised Series B of $7.4 Mn from investors such as Accel Partners and IDG Ventures India, apart from UC-RNT.

Founded in 2015 by Shruti Chaturvedi, this is an internet media company focussing on important issues such as mental health, gender discrimination and more through its educational and informative content. It claims to have over 500 writers contributing to its platform and over 1.35 Lakh subscribers.

Founded in 2001 by Srini Raghavan, Sridhar Rajagopalan, Sudhir Ghodke, and Venkat Krishnan, this startup has been popular for its education research and assessments offerings across India. Claiming to have worked with over 3K schools in the country, the startup saw an investment of $25 Mn in 2018 from Mumbai-based Gaja Capital.

Founded in 2017, by Aagam Shah, this is an AI-based marketplace for jewellery. Raising an undisclosed amount of funding from a private individual investor this year, the startup aims to be home to over 10Mn jewellery products by 2020 and raise its valuation to $1 Bn by 2023.

Founded in 2017 by Ashish Jain, Abhishek Jain and Yaman Saluja, this is a cloud-based customised accounting application for businesses. To ensure accurate and secure accounting records, it is providing an automated process of accounting. Incubated by CrAdLE EDI, the startup received $25K in debt funding from YES BANK in 2018.

Founded in 2014 by Manan Bateriwala, this robotics startup is another one from the CrAdLE EDII portfolio, which raised $78.5K in debt funding from YES Bank. Providing automation in welding, cutting, handling along with robotics, the startup has corporate customers such as Larsen and Toubro, with clientele outside India too.