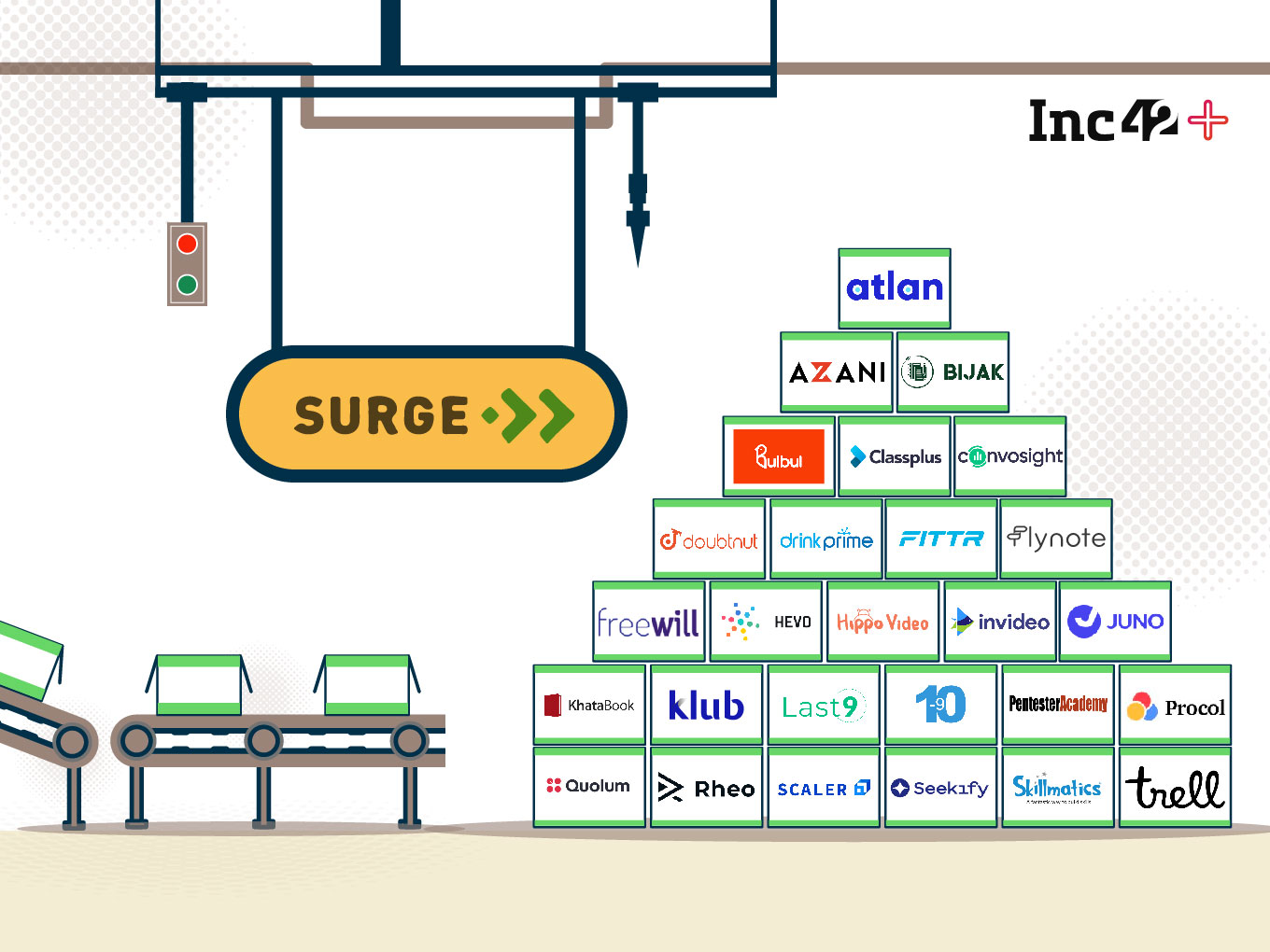 In a span of 18 months, Sequoia Surge has backed 29 Indian startups with $100 Mn in funding and these startups have already raised a further $250 Mn in subsequent rounds

More than half startups in Sequoia Surge’s India portfolio are founded by repeat founders, a phenomenon that’s gaining more and more ground in India

The Surge portfolio skews towards startups in Bengaluru and in consumer services, with a whopping 47% of the founders graduating from IIT, BITS and Ivy League colleges

In the context of startups, ‘seed funding’ or ‘seed money’ are terms that are getting more and more familiar to the casual audience. In fact, with startups becoming household term in India, chances are most people know at least someone who is looking to raise funds to kickstart the business. But that’s not to say that seed funding by itself is growing. After hitting a peak in 2016, seed-stage investments in the Indian startup ecosystem have continued to fall every year. With risk-averse investors in the ecosystem staying away from seed-stage deals but continuing to bet on growth and late-stage startups. In this funding climate, Sequoia India’s announcement of the Surge accelerator in January 2019 was seen as an ambitious exercise.

Sequoia Capital had launched its startup accelerator and incubation programme with the idea of investing $1 Mn- $2 Mn in early-stage startups working on innovations that could one day graduate up to the Sequoia growth-stage fund.

The idea wasn’t new— already tried and tested to great success by the likes of Y Combinator. Surge took the onus of identifying hot new startups and bringing them to the public (read: investors) eye with its big brand name attached.

Amid cheers and scepticism, in just one year, Surge swept the market.