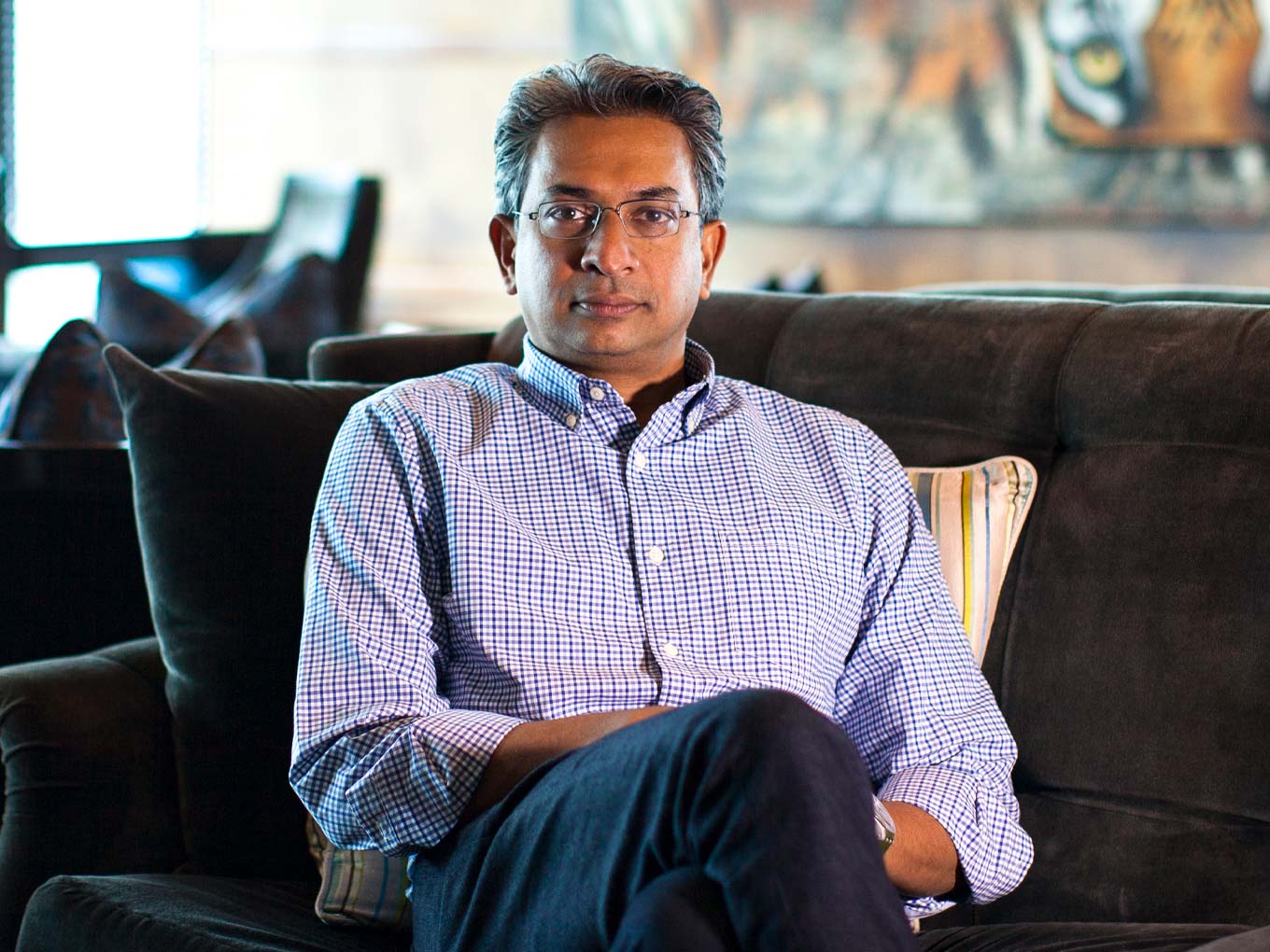 He is joining Sequoia Capital India as a Managing Director

Vikas Agnihotri, Director of Sales, Google India will take on the interim role

Putting an end to his successful eight-year stint at Google, Rajan Anandan, vice president for Google South East Asia and India, is leaving the search giant to join Sequoia Capital India as a managing director. 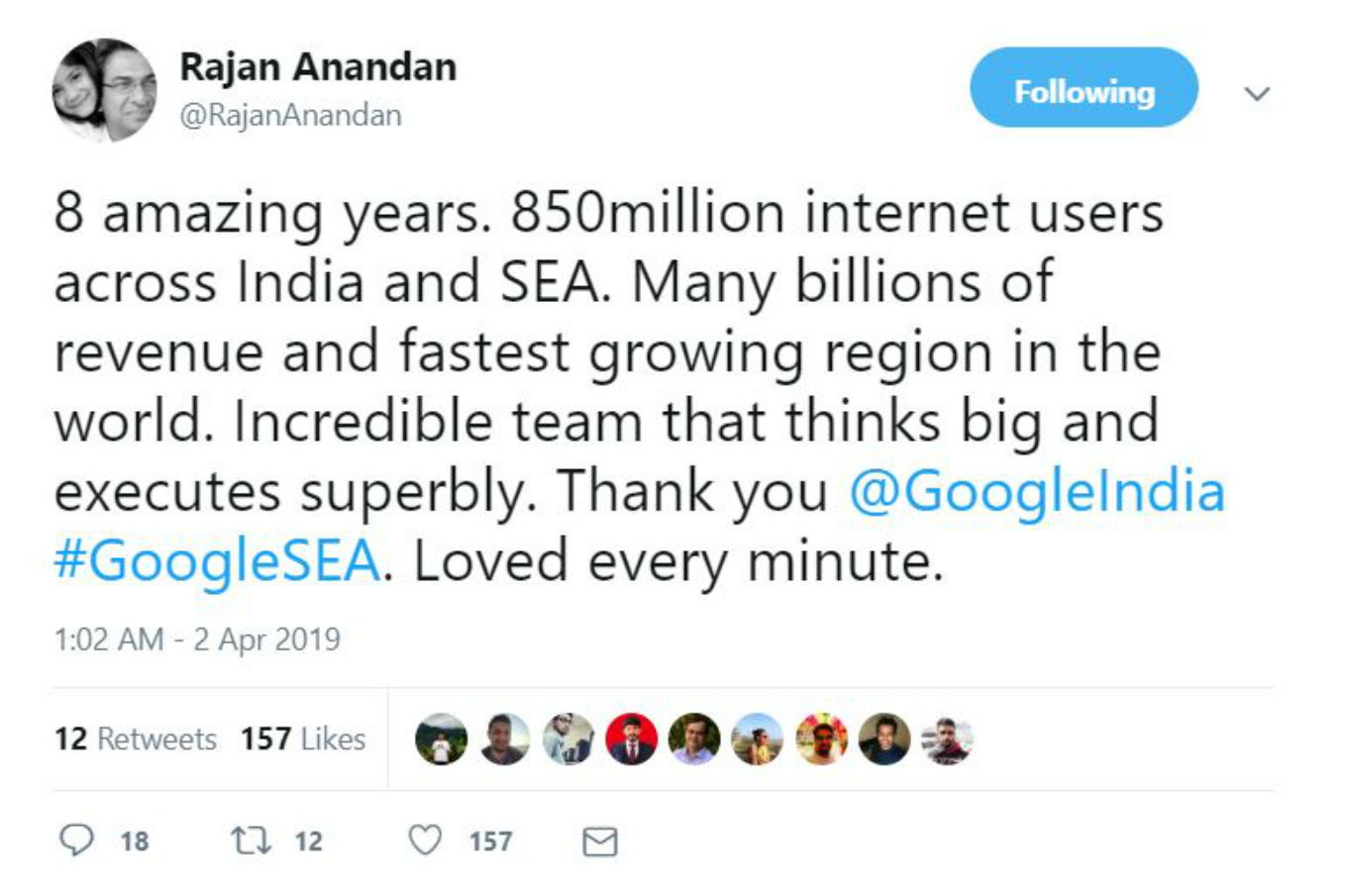 Anandan will continue his role at Google until the end of April while Vikas Agnihotri, Google India’s director for sales, will take on the interim role while the company scouts for a new MD.

“We are grateful to Rajan for his huge contribution to Google over the past eight years. His entrepreneurial zeal and leadership has helped grow the overall internet ecosystem in India and Southeast Asia, and we wish him all the best in his new adventures,” said Scott Beaumont, President, Google Asia Pacific said in a statement.

With nearly three decades of experience in the technology industry and having worked in Dell and Microsoft, Anandan has been widely known for his role in driving Google’s growth in India and his contribution to the Indian startup ecosystem.

In a blog, Shailendra J Singh, Sequoia Capital, said that Anandan will be focusing on the startup accelerator Surge. “He will join the leadership team at the firm, in addition to the six current managing directors, where he will focus on developing Surge into the world’s top scale-up program for startups by acting as an investment advisor and mentor to the program’s founders,” Singh said.

Sequoia had launched Surge in January this year. The Surge programme picks 10–20 early stage startups twice a year and invest $1.5 Mn (INR 10.6 Cr) in each of them at the start or very early stage of the programme. The venture capital firm is expected to invest over $100 Mn over the next four-five years. The programme will target startups both in India and Southeast Asia across sectors such as consumer internet, deep tech, enterprise software, healthcare technology, fintech, crypto or direct-to-consumer brands.

Anandan had also launched his own fund in Sri Lanka— Blue Ocean Ventures, which started investing in 2012. Through this fund, Anandan has made over 10 investments in Sri Lanka.