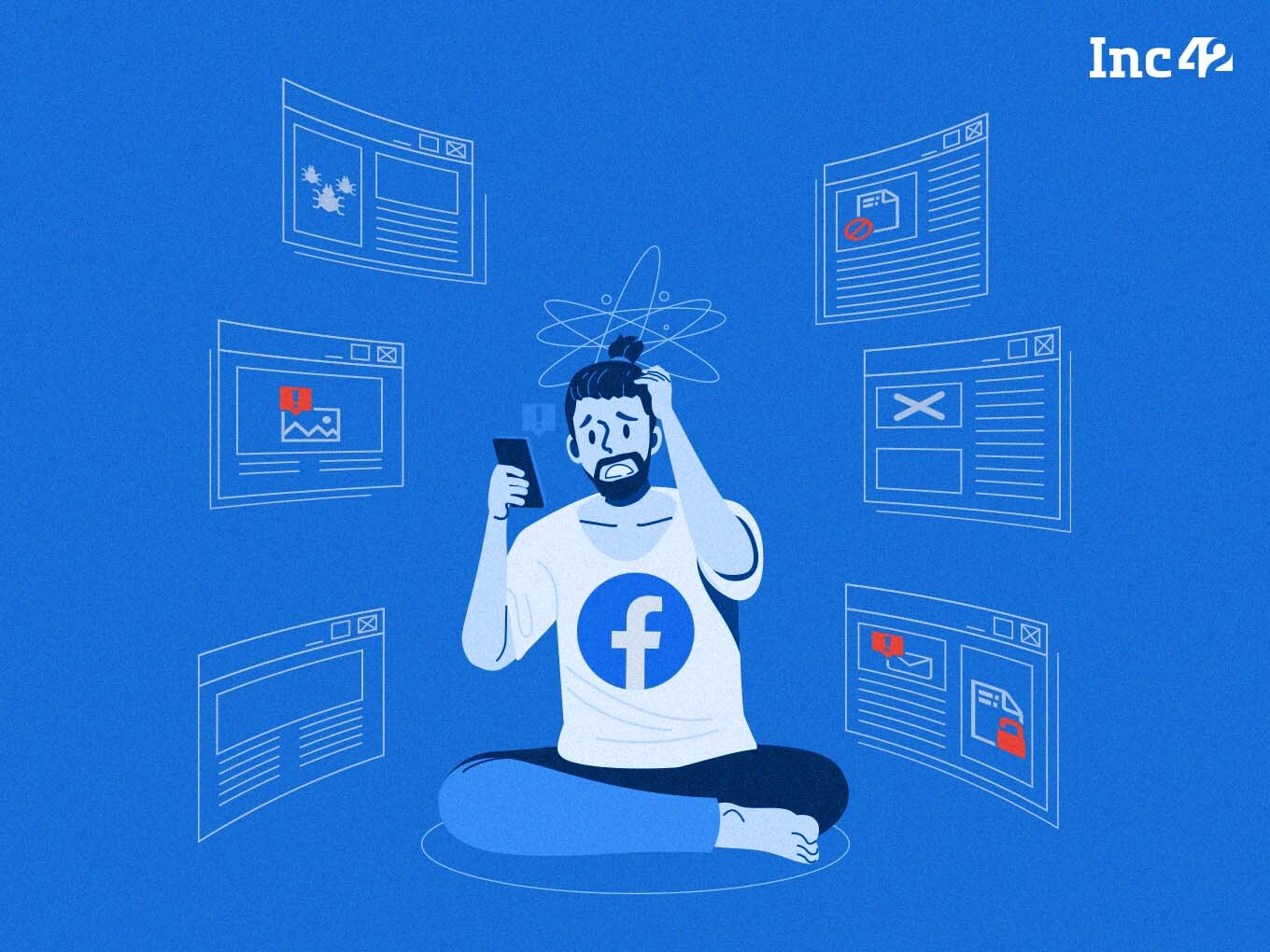 “Our lack of Hindi and Bengali classifiers means much of this content is never flagged or actioned,” says a Facebook internal study on Adversarial Harmful Networks in India

While the Parliamentary Standing Committee on Information Technology may summon Facebook again in this regard, the Indian government may order a fresh inquiry, sources say

“Whistleblowers are now a regular—& valuable—part of the corporate landscape. One should avoid hasty judgements & await due process & enquiry. Yet this testimony raises all sorts of alarm bells. What are your reactions to this, given that India is a huge market for Facebook?” Anand Mahindra, chairman, Mahindra Group tweeted on recent leaked Facebook Files.

Forget the Facebook outage. The recently leaked Facebook Files on how it is operating are once again creating a buzz across the world. And this may result in fresh trouble for the social media giant in India, believe experts.

Already at loggerheads with the Indian government, Facebook has filed a petition in the Delhi High Court challenging the new IT rules for social media intermediaries that are required to provide traceability. The petition will now be heard on October 22, 2021.

While the Parliamentary Standing Committee on Information Technology may summon Facebook regarding the latest leaked Facebook documents, the Indian government may also order a fresh inquiry into the matter, and Facebook may be asked to verify the leaked internal document findings, sources say.

In its response to the Parliamentary Standing Committee chaired by Shashi Tharoor, Facebook had earlier asserted that it was maintaining neutrality and global standards in India as well. But according to its internal report on Adversarial Harmful Networks — India, which was published by CBS News, Facebook’s lack of Hindi and Bengali classifiers means much of this content is never flagged and no action was taken.

“We have yet to put forth a nomination for designation of this group given political sensitivities,” says the study.

Commenting on this scenario, Rahul Goel, partner at AnantLaw, said, “In the light of the recent media news relating to Facebook not taking any action against hate speech, the Indian government may initiate an investigation into the same, and Facebook may be resummoned by the Parliamentary Panel and Delhi Assembly Committee (to seek clarifications). In case of a fresh probe, Facebook shall be obligated to establish that it acted against the hate speech in accordance with the laws of India (including the Information Technology Act and rules) and its own policy on hate speech.”

In the US, whistleblower Frances Haugen, an algorithm specialist who worked as a product manager for Facebook for two years and addressed issues related to democracy, misinformation and counter-espionage, has already testified before the Senate. But Indian authorities are yet to react to these documents.

With more than 410 Mn users from India, the country has the largest number of Facebook users. Hence, any faulty policy or algorithms are bound to impact most of them.

The data underlines how India has emerged as a key market for Facebook. The company made a slew of investments in the Indian market including $5.7 Bn in Jio Platforms and its messaging arm WhatsApp is instrumental in Reliance Retail’s online business.

What Do The Latest Facebook Files Reveal About India

India has always been a policy priority for Facebook, and its internal records show that the social media behemoth has classified countries into Tier 0, Tier 1, Tier 2 and Tier 3 markets.

While Tier 0 includes India, Brazil and the US, Tier 1 covers Germany, Indonesia, Iran, Italy, Israel and similarly for Tier 2 and Tier 3 markets.

Although India is a policy priority for Facebook, the industry giant did not take adequate measures in this country to implement its community standards and stop hate against race and religion or curb violence and inciting (V&I) messages.

“There were [sic] a number of dehumanising posts comparing Muslims to pigs and dogs and misinformation claiming the Quran calls for men to rape their female family members. Our lack of Hindi and Bengali classifiers means much of this content is never flagged or actioned. And we have yet to put forth a nomination for designation of this group given political sensitivities,” the report said.

The documents also reveal that political considerations routinely influence Facebook’s decision-making policy regarding policy. In August 2020, The Wall Street Journal reported that Facebook India’s then public policy head Ankhi Das had opposed applying the hate-speech rules to multiple politicians and groups that were flagged internally for promoting or participating in violence.

Das quit a few days after the parliamentary committee on IT grilled Facebook on its bias towards specific content.

According to the documents leaked by Haugen, while harmful communities from echo chambers normalise harmful attitudes and behaviours, polarise communities in a more extreme direction and radicalise individual members towards the justification of harmful acts of violence, these communities are recommended to individuals, thanks to Facebook’s algorithms.

“40% of the sampled top VPV (viewport views refers to the content visible in a computer window ) civic posters in West Bengal were fake/inauthentic,” says the report. There were coordinated authentic actors seeding and spreading civic content to propagate political narratives.

Over the years, Facebook has made a series of apologies. There has been an ocean of statements and testimonies. But old ghosts are never laid to rest, and investigations continue to plague the company’s reputation.

Sophie Zhang, a former data analyst at Facebook, had earlier turned down a $64,000 severance package from the company to be able to speak against its policies.

In the latest case, too, Facebook seems to be bringing in its typical ‘dismiss, delay, and apologise’ tactics.

Mark Zuckerberg has already dismissed most of the allegations and said, “We care deeply about issues like safety, well-being and mental health. It’s difficult to see coverage that misrepresents our work and our motives.”

But will it be able to circumvent an investigation in India?

West Bengal has been working on a new law to debunk misinformation and stop the spread of hate messages. The state has reportedly prepared a database of fake news stories circulated on social media besides keeping a record of serial offenders.

The state government has been at loggerheads with the Centre on multiple occasions. In the case of the Pegasus snooping scandal, the state formed a separate committee led by former Supreme Court judge, Justice Madan Lokur, to probe the matter. However, the apex court has advised the committee to go slow as the matter is sub judice and being investigated by the Centre’s expert committee.

A similar situation may arise again if the state government orders a separate inquiry if the Centre fails to do so, believe experts. “However, if the Centre orders the probe first, West Bengal is likely to adopt a wait-and-watch policy,” said a policy advisor who did not want to be named.

In an ideal situation, the Centre should initiate a probe into the matter of this scale and is also very sensitive in nature. Be it inciting mob violence or the use of AI-ML for its amplification or spreading misinformation, fake news or swaying people’s minds (using MSI like architecture) in favour of major advertisers or people in power, their supporters, and more, there are so many issues that are hard come out of a single investigation, said the policy advisor.

“At the same time, this will also depend on the global findings and investigations, and that ultimately slows down the course of investigation in India,” he added.

The question is: When will Facebook get its own house in order?