Amid Facebook Data Breach, India’s Election Commission Will Review Its Association With The Social Media Giant 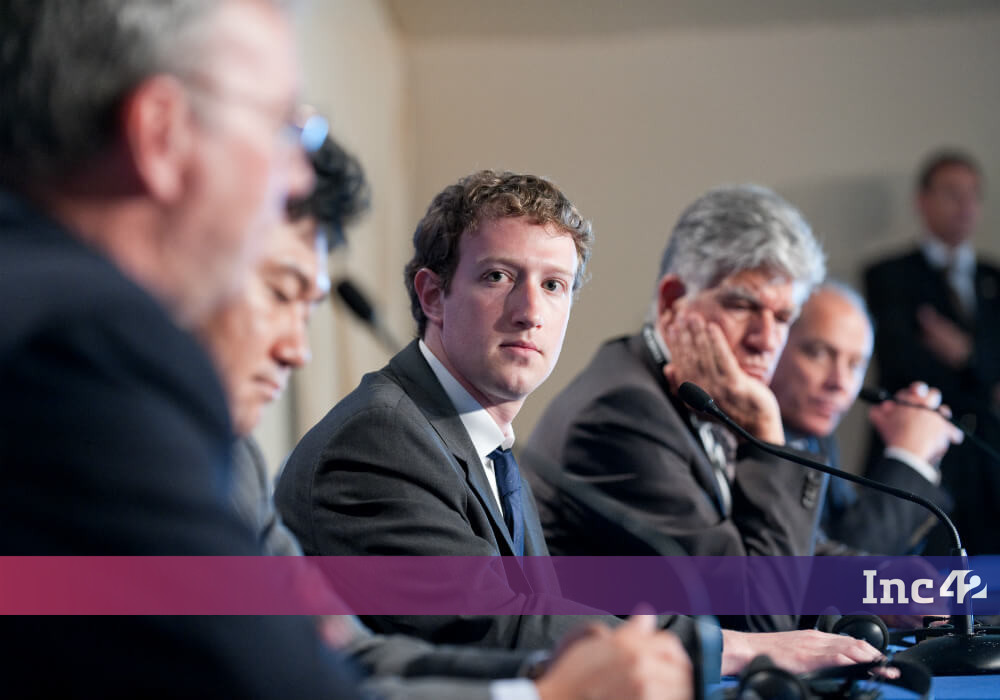 After Indian Union Minister, Ravi Shankar Prasad, warned Facebook about “abusing” its users’ data and privacy, accepting the “trust breach”, Facebook Chief Mark Zuckerberg has now assured that it will take a series of measures to ensure that the social platform will not be misused by any agency or anyone to influence election results, be it India or other countries.

While Facebook had already accepted and apologised for the platform’s misuse during the US presidential election 2016, a recent investigative report by The New York Times has now revealed how Donald Trump’s consultants exploited the Facebook data of millions of its users during his presidential campaign. In a further investigation by The Guardian, it was found that Cambridge Analytica boasts of dirty tricks to swing elections which included an unauthorised access to the tens of millions of Facebook users’ data.

In his defence, Mark Zuckerberg has now further stated that it is the third-party apps that are mining data and trading the same unlawfully.

Speaking to the NYT, Mark said, “While we are going to notify all the 50 Mn users that their data may have shared, here’s what it’s going to take to do a full investigation of every app that got access to a large amount of information before we changed the platform policies to dramatically reduce the data access that developers had. For any app that we uncover that has any suspicious activity, we’re going to do a full forensic audit and make sure we have the capacity to do that, to make sure that other developers aren’t doing what Kogan did here.”

In one of the most critically acclaimed Bond movies, Tomorrow Never Dies, media mogul Elliot Carver had said,

“Great men have always manipulated the media to save the world”.

It is now being determined in how many countries Cambridge Analytica or similar firms have actually manipulated the media and people to override the electoral results. This includes India, the US, Nigeria, the UK, Brazil and many other countries.

The Cambridge Analytica’s AI-based election management solutions are not as new as they were during the last US Presidential Campaign or the Indian General Elections in 2014.

According to the website of the company’s Indian arm Ovleno Business Intelligence (OBI), which has now been suspended by the Indian government, Cambridge Analytica had run a research and communication campaign and carried out an in-depth electorate analysis for BJP-led NDA in the Bihar assembly elections, way back in 2010.

The OBI, in fact, claimed to have influenced four election campaigns of the BJP in various states including Haryana and Maharashtra. The OBI Director, in his LinkedIn profile, also claimed to have helped the BJP during the general elections of 2014 to achieve the target of 272+ by managing call centre management project, thereby managing the profile of each and every volunteer as well as the constituency-wise database.

The Indian arm OBI led by Amrish Tyagi in India, son of a senior political leader of JDU, an NDA alliance, calls BJP, Congress, JDU and the ICICI bank among its clients. Reportedly, the Congress had reached out to Cambridge Analytica for its reputation building solutions. “One of the plans was to gift a database of five Lok Sabha constituencies to Rahul Gandhi, which included Gandhi family pocket boroughs like Amethi and Raebareli,” said another co-founder of OBI, Avneesh Rai.

In the same interview, Rai, however, has alleged that Cambridge Analytica was apparently playing a double game as one female ‘client’ representative, who appeared along with Nix, apparently told Rai, “we are here to defeat the Congress”.

Having built Facebook based on an idea copied from Divya Narendra and twins Cameron and Tyler Winklevoss’ Harvard Connection (who had initially hired Mark Zuckerberg to execute their social media idea), Mark Zuckerberg’s entire journey to the top has been full of denial and apologies.

Apology for copying the idea didn’t come from Mark immediately. It happened much later, after the founders of Harvard Connection filed a lawsuit and earned stakes in Facebook.

As a Harvard student, Mark Zuckerberg was punished after he was found guilty of having developed a platform, his early version of Facebook, which used to rank the university’s female students, based on their ‘hotness’. Again the photos of these female students were circulated without taking their consent or permission.

Although he apologised then, Mark apparently hasn’t yet learned the importance of data and privacy.

Last year, in a national intelligence report on “Assessing Russian Activities and Intentions in the Recent US Elections”, Facebook accepted that hundreds of fake accounts linked to a Russian troll farm had bought $100K in advertisements, targeting the 2016 US election audience. The ads, which ran between June 2015 and May 2017, primarily focussed on divisive social issues; roughly 25% were geographically targeted. The payments of the ads were found financially linked to the IRA, Russian companies with ties to the Putin’s office.

So, now when Mark Zuckerberg offers his sincere apology and promises to take measures, is anyone up to subscribe to his promises?

While the British Parliament’s media committee has recalled the CEO of Cambridge Analytica, Alexander Nix, to testify in its investigation into fake news, Germany’s Justice Minister Katarina Barley has stated that she will be calling in Facebook’s European leadership to explain the scandal involving data mining firm Cambridge Analytica and determine whether German users’ data were affected.

Israel’s Justice Ministry has already stated that it is opening an “administrative investigation” into the social media giant following reports of the transfer of personal information from Facebook to data-mining firm Cambridge Analytics, “and the possibility of additional violations of Israelis’ personal information”, reports Times of Israel.

A personal assistant to Nigeria’s President Muhammadu Buhari has responded to reports of Cambridge Analytica’s involvement in the country’s 2015 election, retweeting an image of a dejected-looking former leader Goodluck Jonathan.

While Facebook has promised to clean up its ‘data-mess’, another software giant, sitting over a billion of users’ data, Google has today announced its plans to meet the requirements of the GDPR (EU), the new data protection law coming into force on May 25, 2018.

In a notification, Google stated,

“Google’s EU User Consent Policy is being updated to reflect the new legal requirements of the GDPR. It sets out your responsibilities for making disclosures to and obtaining consents from, end users of your sites and apps in the EEA. The policy is incorporated into the contracts for most Google ads and measurement products globally.”

For Adsense advertisers and publishers, it read, “In the cases of DoubleClick for Publishers (DFP), DoubleClick Ad Exchange (AdX), AdMob, and AdSense, Google and its customers operate as independent controllers of personal data that is handled in these services. These new terms provide clarity over our respective responsibilities when handling that data and give both you and Google protections around that controller status. We are committing through these terms to comply with our obligations under GDPR when we use any personal data in connection with these services, and the terms require you to make the same commitment.”

Back in India, taking Facebook data breach into account, the Election Commission (EC) is set to review its association with the social media giant after the scandal surfaced last week. Speaking to The Indian Express, Chief Election Commissioner said, “We will be considering this issue in its entire dimension in the Commission meeting.”

While Union Minister Ravi Shankar Prasad has averred that the Indian government won’t let any third party influence the country’s general elections, there are greater concerns. Unlike China, India hasn’t yet asked Facebook and other such platforms to store Indian users’ data in India only. As evident from the US elections, there are chances that China or other rival countries might use the data to override the people’s opinion during general elections, if it is not happening already.

Cambridge Analytica is just one firm; Facebook boss Mark Zuckerberg has raised suspicions that there might be more firms like Cambridge Analytica. Therefore, it is very difficult to expose and ban such firms. Unlike Germany, and the UK, India hasn’t summoned either Nix nor Zuckerberg, and therefore is still way behind in terms of taking active and proactive measures, before it is too late, as the general election is just around the corner.