How Will The Evolution Of Mobility Shape The Future Of Ride-Hailing?

How Will The Evolution Of Mobility Shape The Future Of Ride-Hailing? 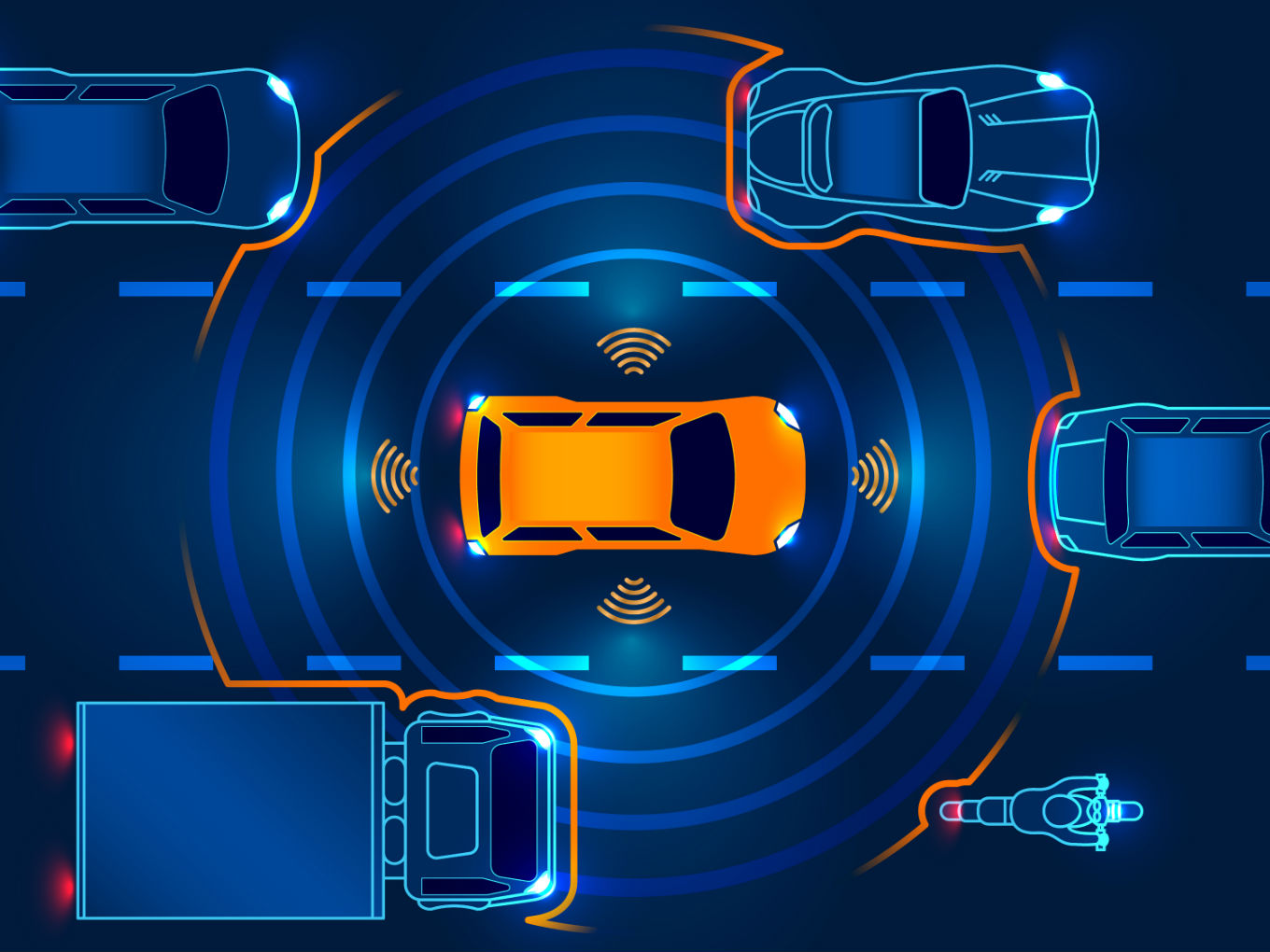 After car sharing and hailing, the next use case of cars/scooters has been rental platforms

With the decade of 2010 coming to an end, social media users had been discussing what they were doing at the beginning of the decade and how things have changed. This 10-year revolution has opened up a lot of interesting avenues, and if we look at today’s tech landscape and compare it to the beginning of the decade, a lot has changed — from food delivery via phone call to delivery through Zomato and Swiggy, and from hailing cabs on the road to getting them at your doorstep with just a click.

Built around the shared economy principle, ride-hailing apps are the best example of collaborative consumption — where all stakeholders need to be invested in the model for it to flourish. While this has been adopted across various sectors — giving rise to a ‘Uber’ in every sector — the shared economy has best been used for mobility. In 2010, Uber began as a cab-hailing company and in 2019, it is one of the biggest transportation companies in the world. Following Uber’s example, Ola launched in the Indian market in 2010 too and brought Indians a new way of commuting.

The mobility revolution in the country got a much-needed thrust with the launch of Uber and Ola, and has now travelled across other sectors. To put it in context, Goldman Sachs has estimated that the global ride-hailing industry is expected to grow eightfold to $285 Bn by 2030, making it an incredibly lucrative market.

Talking to Inc42, mobility-focussed venture capital firm AdvantEdge’s Kunal Khattar said that most of the investments so far have gone into mobility solutions that cater to the 10Km-plus distance range, but the next wave of options should come into micro-mobility i.e 2-5 Km. He said that more than 65% of the commute needs in India are for journeys under 5 Km, but there are not many solutions available for last-mile connectivity.

“The micro-mobility solutions have to be in INR 10-INR 20 price point, which means there is a huge scope for sharing or self-drive products,” Khattar told us.

With the possibility of the ride-hailing industry being huge, there are several sectors within such as:

The fundamental idea behind cab booking is well established by now. Giving a platform to independent drivers, ride-hailing apps such as Ola and Uber have come to define mobility in the past decade.

In 2015, hundreds of thousands of cab drivers joined the lucrative ride-hailing world in the hope of better income. Initially, Ola, Uber and others offered higher wages, good working conditions and easy car registration. Some cab drivers could easily earn around INR 1 Lakh per month and once fixed targets were reached, these drivers were also offered incentives.

But things have changed as companies now charge a higher commission per ride, and more from consumers as well. Drivers today complain about lower income, lower incentives and the fact that there’s little job satisfaction in working with Ola and Uber, who keep changing the pay scale. Despite that, the cab booking industry is a constant phenomenon. Even the government recognises this and has been working on incorporating rules for operations of such ride-hailing firms in the Motor Vehicles Act.

After multiple deliberations, bike taxis, carpooling and other models have got a semblance of regulations. An Ola spokesperson told Inc42 that the past decade has seen mobility in India evolve more than what it did in the whole of the last century. While that may be hyperbole, it’s hard to deny the role technology has played in changing how people move about. In fact, there’s more to it than just booking an Uber.

A study by the global research organisation World Resources Institute (WRI) found that India’s car-sharing industry is growing rapidly and it could potentially reduce car ownership in the long term. The idea of these ridesharing apps is to leverage a car already on the road and help people travelling in the same direction pool up to cut pollution and congestion.

In the Indian market, besides UberPool and Ola Share, services such as Quick Ride connect people travelling on the same route and at the same time. Riders can connect instantly, communicate and share costs in a cashless way. Quick Ride offers points to ride givers, those points cannot be redeemed for money/income but points are rotated within the car-pooler network to drive the carpooling activity or can be filled in Sodexo cards which they can use to get fuel at fuel stations.

This is different than bike taxis which are being run by companies, as the vehicle is not a rental product but a user-owned product. Recently, Uber also launched its bike-share product in Delhi-NCR.

The central government is supportive of all the moves that would reduce congestion on roads and are environment-friendly. Reports have noted that the upcoming transport policy may also allow pooling of private vehicles as well as their use as taxis to fight city congestion.

Another ride-sharing option is for office transportation, operated by the likes of MoveInSync, Shuttl etc. The companies ply buses for employees who can book a seat for the day, or for every day of the week or month. Such startups work in both B2B and B2C spaces, enable easier transportation for officegoers and an alternative to public transport.

According to Khattar, bike taxis are better suited for the Indian market as there are millions of bikes already and they can easily beat congestion as well. The large bike capacity is not being optimally utilised in India, Khattar believes. This low utilisation makes ridesharing businesses very lucrative.

Speaking of, getting a car or scooter on rent must be familiar to those who travel to tourist hotspots such as Goa. Taking this to the larger market are companies such as Zoomcar, Drivezy, Bounce and others.

Zoomcar lets consumers rent cars and use it as per their need. Similarly, for bikes, Bounce and others offer rentals and dockless sharing.

Started in 2013, Zoomcar claimed to have a customer base of 15 Mn users as of July 2019. While, Drivezy is said to have more than 1.5 Mn registered customers spanning across its various offerings including rentals of two-wheeler and four-wheeler vehicles, along with weekly, daily and monthly subscription services and business leasing model.

In the second quarter of FY20, scooter rental startup Bounce recorded over 2 Mn rides and plans to introduce over 50K vehicles to its fleet this year.

According to Ola, car-sharing models based on subscription and corporate leasing are expected to grow in the near future. Given their advantage of providing the convenience of owning a car, without the hassles and financial burden, it makes sense for consumers. “In essence, the future of mobility rests on an ecosystem that’s shared, sustainable and integrated,” the company told us.

Interestingly, India leads the world in the bike and scooter rental market in terms of fleet size. According to a study by German EV manufacturer Unu, the fleet size of bike-rental apps in India is now over 15K vehicles, which is higher than the more developed economies of the US and other Western countries.

The Indian government has its eyes set on achieving 30% e-mobility by 2030. The government has been focused on not missing the bus for electric mobility revolution and has been propelling towards such growth. India’s Niti Aayog proposed to push for full conversion to EVs from internal combustion engine (ICE) three-wheelers by 2023, and two-wheelers (for engines with or below 150 cc capacity) by 2025.

Interestingly, even as auto giants including Maruti Suzuki, Hyundai Motors India, Tata Motors, Hero MotoCorp, TVS Motor and others are still struggling to adapt to EVs and the auto slowdown, many startups are quickly manoeuvring towards the EV targets of the Indian government.

The electric two-wheelers market is heating up in the country, with the government giving a push in the right direction for scalability of cleaner transport policy. Further technological advancements, investments in infrastructure and increasing consumer awareness are driving green mobility adoption. Over the years, the EV market is constantly adjusting and changing and has crossed many milestones.

Another phase of mobility in the future will be the reinvention of age-old public transportation infrastructure as urban growth skyrockets. The technology to radically transform the public transit experience exists and the demand is mounting.

Beyond automation of public transportation, one of the other upcoming concepts includes aerial commuting to solve the problem of on-ground congestion. Beyond small carriers for a few people companies are also exploring aerial vehicles that can carry a busload of people over short distances. Aerial commute is a pilot project at companies such as Uber, which is also testing helicopters for shorter commutes.

The idea for such companies is to enable ridesharing but off the ground. Uber is developing shared air transportation—planned for 2023—between suburbs and cities, and ultimately within cities. It is working with Elevate Network partners to launch fleets of small, electric VTOL (vertical takeoff and landing) aircraft.

One of the other futuristic concepts is hyperloop. Hyperloop is an open-source transportation technology built around a tube and capsule concept which can carry people and freight. The Indian government plans to seamlessly link nearly 75 Mn people across three metropolitan areas in Karnataka, Maharashtra, and Andhra Pradesh to transform the transportation infrastructure in India. While plans have been announced, there’s little progress on the ground. Many private companies such as Tesla and Virgin are exploring hyperloop projects.

While developed countries such as the US and some European countries are shifting their focus to driverless cars, India is still hesitating to advance towards the next mobility revolution. Needless to say, connectivity and road conditions are major issues. Various national and international companies have been working on the development of driverless cars. While Infosys had introduced India’s first indigenous driverless car back in 2017.

Other international companies working on driverless vehicles include Uber, Tesla, Audi, Google’s Waymo, Apple Ford, BMW, Nissan and Toyota.  As per reports, the global self-driving car market is expected to cross $65.3 Bn by 2027. At present, the United States constitutes the largest market share at 39.08% and is poised to reach $24.04 Bn by 2027.

AdvantEdge’s Khattar said that it is not possible for driverless cars to make its way to India even in the decade from 2020. He said there are several nuances to this beyond India’s roads. He said that in the US, the economy has an abundance of capital but lacks labour, while in India it is the opposite. So even if technology grows to the stage where India can bring in driverless vehicles, it doesn’t make much sense considering the labour abundant market, which means there’s always people wanting to be drive vehicles for a living.

Droom’s Aggarwal added, “I definitely feel India is far away from driverless car, but the connected cars are going to be more involved. Like ER and MG Hector both launched a very advanced car, they got good market reception because they were more connected.”