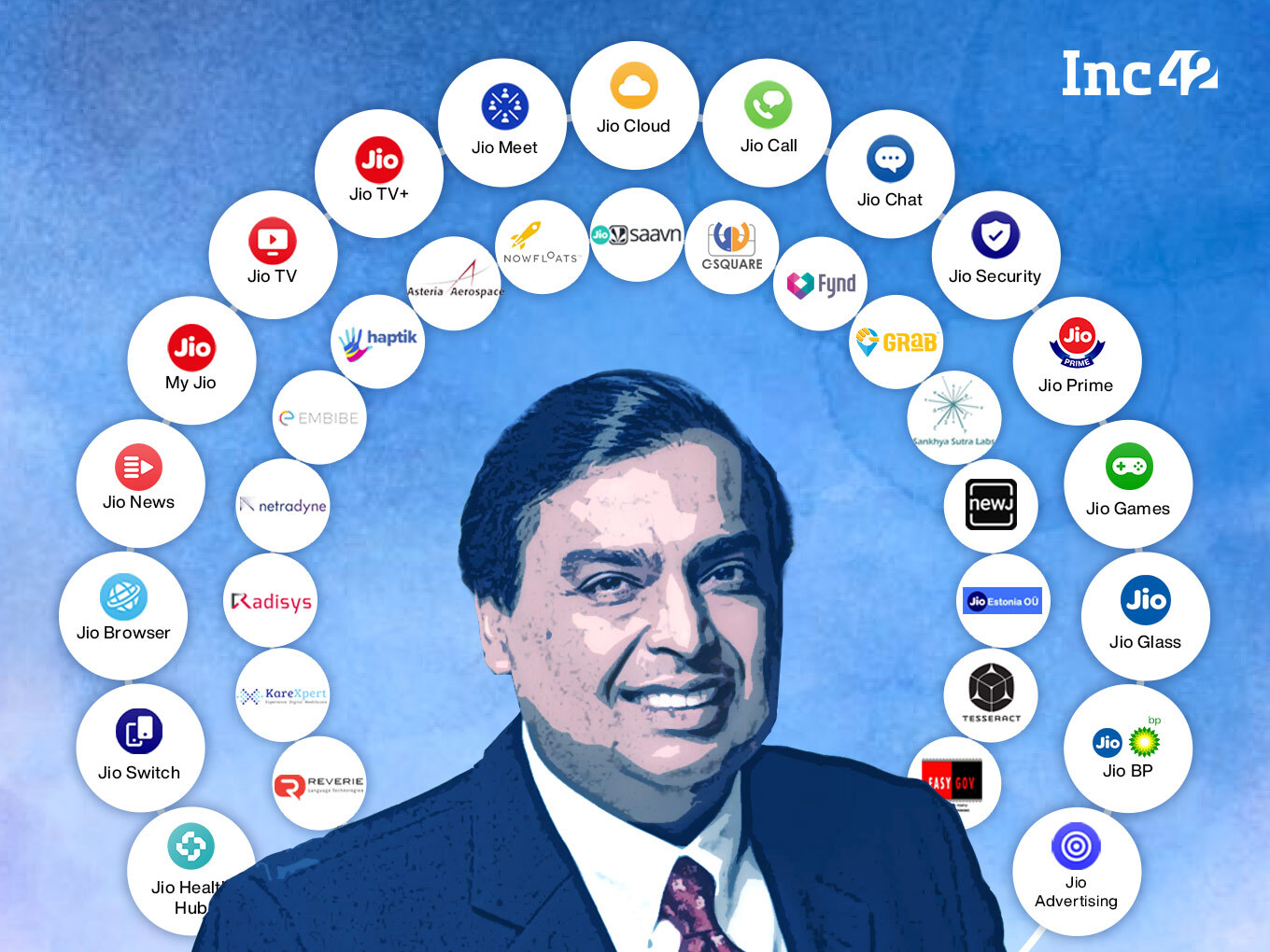 With an array of apps and services, Reliance Jio has slowly but surely cemented its place as a digital powerhouse over the past 4 years including the growth of JioMeet, JioMart in recent months

But just like Google and Facebook have to balance being Jio’s partners and competition, startups too have to answer the big question when it comes to Jio — fight, collaborate or die

In 2016, a few months before the demonetisation, Reliance Industries chief Mukesh Ambani unveiled Reliance Jio to the public with free voice calls and 1GB of 4G high-speed data per day for just INR 300 (less than $5) per month. While demonetisation gave a huge push to cashless economy and online payments, Jio turned out to be a revolutionary service and catapulted India into the digital future.

But beyond being a digital enabler, Jio Platforms, which Ambani claims is a startup, has raised a total of INR 1,52,056 Cr from leading investors like Facebook, Silver Lake, General Atlantic, KKR, TPG Capital, Abu Dhabi Investment Authority (ADIA), Mubadala Investment Company, Saudi Arabia’s Public Investment Fund, L Catterton, Vista Equity Partner and Intel Capital in the past three and a half months.

Beyond the capital, the investments are a testament to the digital ecosystem created by Jio — with over a dozen services and more being added, fulfilling the entertainment, communication and internet services needs of households across the country.