Building Products For The Next Billion Users: Solving The Language Barrier, Monetisation Puzzle And More

Building Products For The Next Billion Users: Solving The Language Barrier, Monetisation Puzzle And More 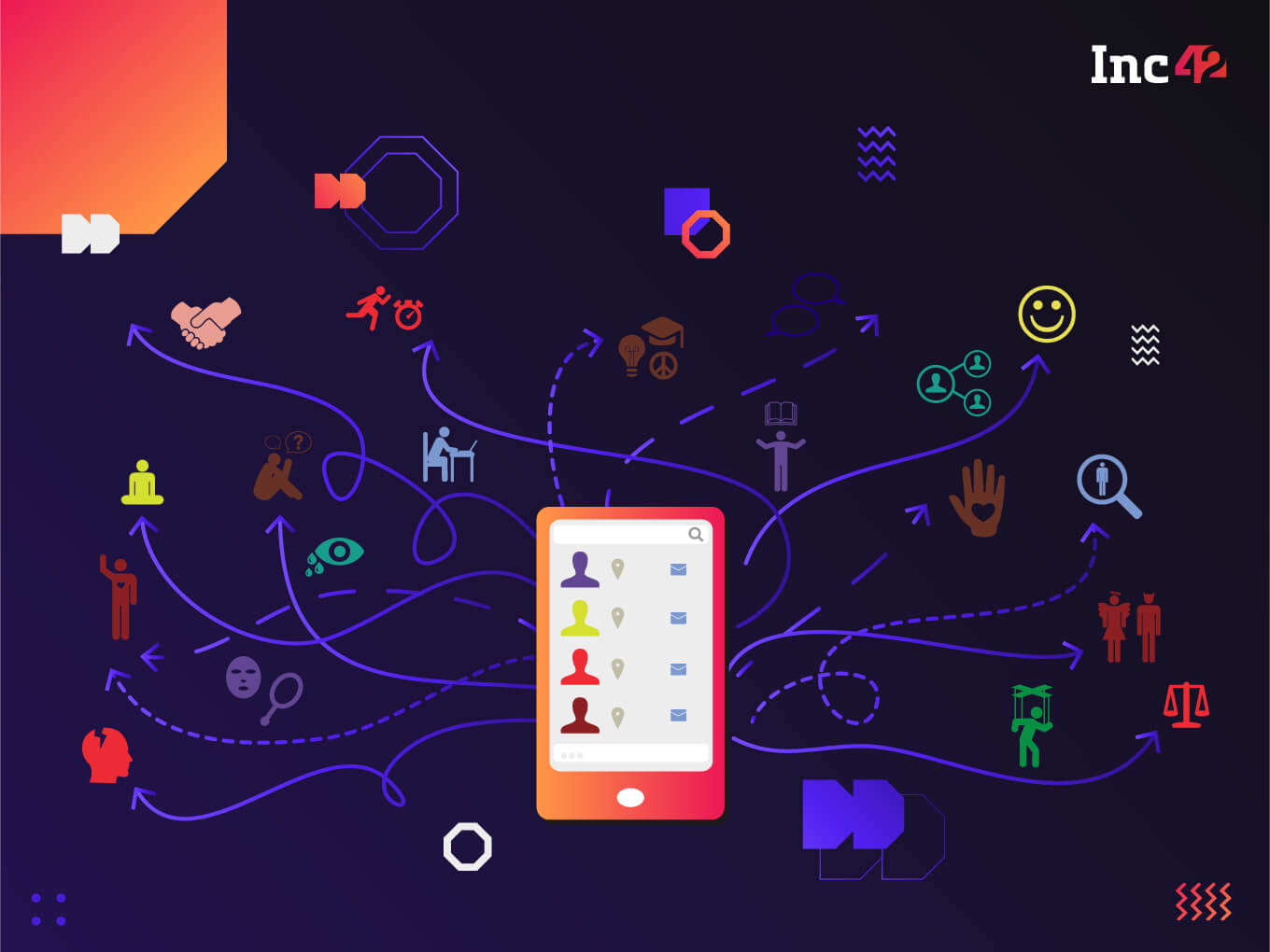 Reaching the next billion users poses several challenges that all tech companies, be it Silicon Valley giants or startups in India, are looking to solve

The last couple of decades in the Indian internet ecosystem have been about catering to the top tier of the massive 1.3 Bn+ population. Technology companies have raked in billions of dollars designing products for the more upwardly-mobile and tech-savvy consumers and large businesses.

But these advancements have only managed to cover the cream of the Indian market, with a huge audience — close to a billion users — still underserved by tech products and services. These “next billion” users are the focus of every major tech startup and corporate in India.

But reaching them poses several challenges that all tech companies, be it Silicon Valley giants or startups in India, are looking to solve.

According to a report by Datareportal, large swathes of Africa, East and South Asia are still not connected by the internet and would be a catchment area for the next billion users. But the biggest subset of this huge target audience is in India — with over 600 Mn people who are slowly trickling into the digital world. And roughly half that addressable base being new-to-internet.

This sheer size of this audience  — larger than most national economies — has attracted major technology investments as gaining even a small share of this market can drive huge traffic and fuel revenue growth. But the question is how to reach them and what behavioural patterns have emerged in the last few years to give startups a clue about the psychological motivations for this audience.

Getting The Next Billion Users ‘Hooked’

“Most of the Bharat audience gets onboarded by word of mouth — they are rarely on Instagram and Facebook… They can’t really be targeted through ads,”said Sumit Ghosh, founder and CEO of homegrown short video app Chingari.

The strategy to bring them onboard and make them engaged users needs critical evaluation. For example, creating an email address is hard for many such users, and it’s simply not intuitive.

Many of the standard practices need to be re-evaluated, according to Harsha Kumar of Lightspeed Ventures. “Onboarding flows have to be a lot more simple and you need to go down the route of pre-installs or let’s say working with electronics vendors who are traditionally the IT guys for most of this audience,” Kumar, who will be speaking at Inc42 and TPF’s The Product Summit in October, told us in an earlier interaction.

The entire thesis of a product for this massive base is minimising barriers to adoption. The product’s design and UX should address the common adoption barriers to a category-specific level i.e designing for business customers or consumers.

“When it comes to UI, the focus should be on explaining the most important details in a simple and easy to understand manner, across screen sizes,” said Ashwin Ramaswamy, head of strategic partnerships, Acko.

Automation helps in this regard. Leveraging chatbots at various stages of the workflow, for example, could dramatically reduce costs as well as increase word-of-mouth promotions and recommendations to peers. At the same time, success parameters need to be reviewed to ensure that it’s not just about driving engagement, but also creating habits that will benefit the ecosystem as a whole.

“It’s also about ensuring that the supplementary value added services such as digital payments have redressal mechanisms for these newbie first generation banking populace with strong data protective and governance measures,” Payal Arora, author of ‘The Next Billion Users: Digital Life Beyond the West’, told Inc42.

Building trust with the users is of utmost importance for fintech companies looking to capitalise on this demography. For that to happen, the first step is prioritising simplicity and clarity in the communication about a product and its benefits, believes BharatPe founder and CEO Ashneer Grover. The startup provides UPI payment integrations to small businesses and also launched a lending product last year that offers loans in the range of INR 10K – INR 1 lakh to merchants.

Universally-recognised signs and symbols can be used instead of text to drive conversions or particular actions.

Grover added, “As far as possible, iconography should be used to eliminate the need for language in the UI.”

For many Indians, searching by voice rather than text is their first choice — rather than typing searches and emails, the huge mass of new entrants to the internet is using voice and images to communicate in apps.

According to Google, searches in local languages have seen 66% growth but still English remains the most used language across Google’s product platforms in the country. Moreover, according to the search engine giant, nine out of 10 new internet users in the country at present are consuming online content in Indian languages.

To adjust to this new reality, tech companies — especially giants such as Amazon, Google, Apple, Facebook and others — as well as startups such as Flipkart and Paytm are making major efforts to enable communication in an increasing number of local languages through their voice assistants.

Not to be left behind, fellow unicorn Paytm launched a Sound Box in September — it’s a voice-activated POS (point-of-sale) machine that solves the problem of shopkeepers having to continuously check if a customer’s payment has gone through. The sound box alerts any merchant using the device of a successful payment with a voice alert.

Chingari founder Sumit Ghosh added, “You have to be very close to actual Bharat to build for Bharat… You need to understand that 60-70% of Bharat lives in Tier 2-3 cities… And majority of Bharat still communicates in their vernacular languages.

Getting The Next Billion Users To Pay

While engagement can be achieved by tried-and-tested product development strategies, the payment aspect and monetisation of users in the ‘next billion’ cohort is much harder. Chingari’s Ghosh added that since this vernacular audience generates 70% of India’s GDP, it is demography that holds a lot of promise in terms of monetisation too. Though the purchasing power in terms of individual consumers might be lower.

Payal Arora went a step further in saying that it would be simplistic to assume that the ‘next billion’ population will settle for lesser quality products due to their income. “The next billion users are conspicuous consumers, meaning that they are willing to spend more for a product or service than the middle class for instance if given added safety nets and quality services, which they have for the longest time been denied,” she told Inc42.

Arora added this group has always been paying more for the same products as the middle class due to a lack of choices in consumer outlets and constrained access options. Yet the market continues to treat them as populations that will “settle” for lesser quality products due to their income.

“Look at Reliance — Mukesh Ambani was able to raise INR 1 Lakh Cr on the basis of Jio customers, most of who are primarily Bharat users,” Ghosh emphasised, talking about the audience match.

However, a few things would be different in the monetisation modes for these new entrants to the world of technology. The first is that the purchase flow on any service will be based on audio-visual language, according to short video app Mitron cofounder Shivank Agarwal. “The next billion will be more comfortable making online purchases, leading to the rise in video commerce,“ Agarwal, who will also be speaking at The Product Summit in October, said.

Further, rather than looking at the next billion users as a homogenous mass, tech companies would need to personalise products based on the needs and desires of subsets of the population.

“Understanding the diverse customer cohorts and their needs, using advanced analytics and machine learning, plays a key role in designing the product for billions of users, said Sairee Chahal, founder and CEO of SHEROES, a women-centric social and professional networking platform.

“One of the most important factors while building SHEROES for billions is keeping in mind the value we are adding to the lives of women. This of course also connects to their needs, which are not always functional in nature – like jobs or access to credit,” she added.