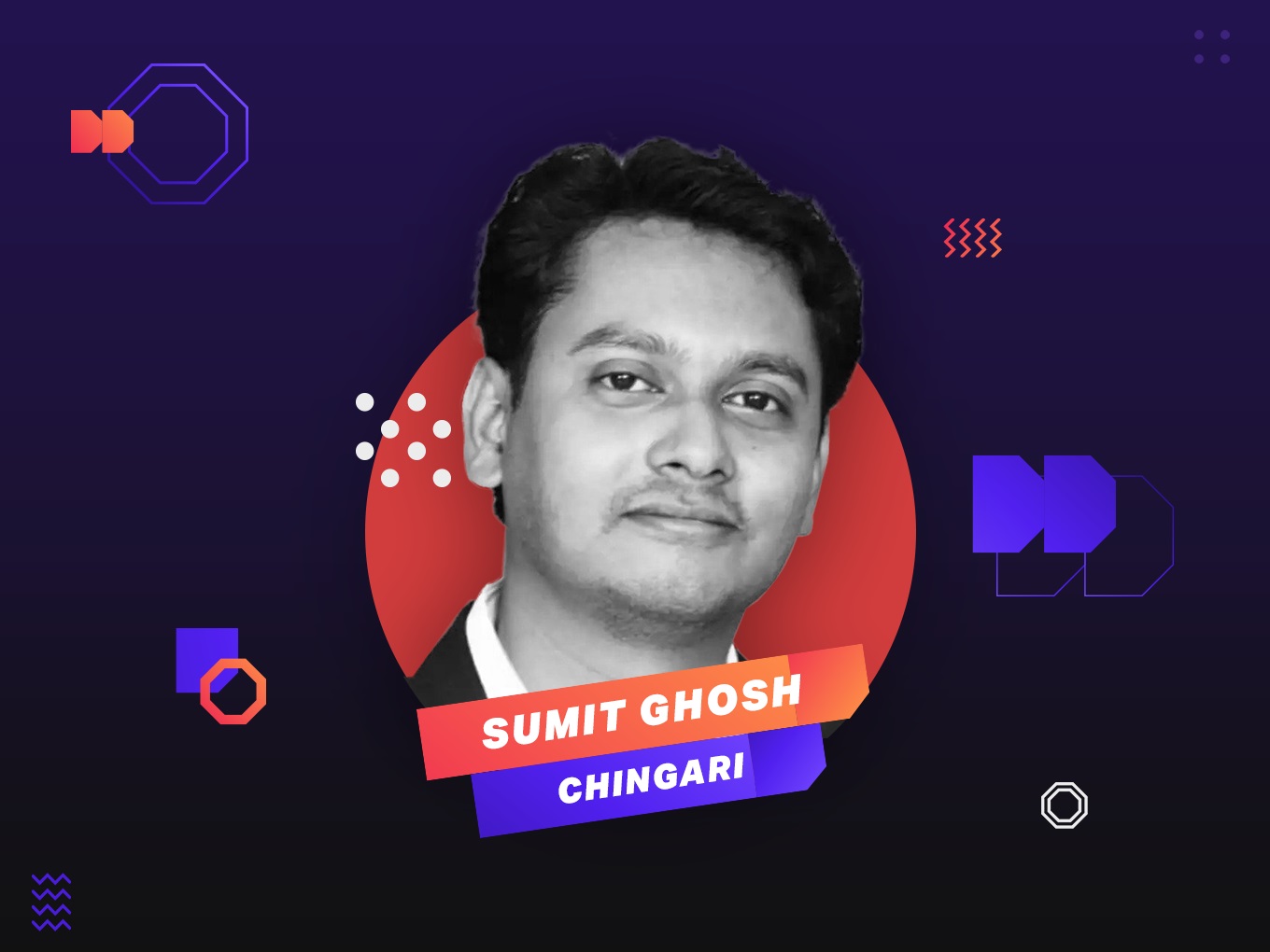 Despite having a product-market fit, Chingari didn’t receive much traction over the last two years as TikTok won the short video market

While keeping users hooked on the app is a priority for any social media platform, boosting the capabilities of content creators is just as important for Chingari

“When we started building the platform, Jio had already invested $30 Bn and a lot of Indians now had 4G internet but the Bharat user had nothing to consume,” Chingari, founder Sumit Ghosh said.

It was 2018 and Chingari had identified this gap in the market, but as it often happens in the tech world, they had missed the bus. While Jio’s ‘investment’ as Ghosh called it, changed the game for India, not all Indian companies latched on to this revolution. Chinese tech giant ByteDance had acquired Musical.ly the previous year and rebranded it to TikTok, which was just beginning its sensational run in India.

“TikTok came with the Chinese might and invested half a billion dollars to acquire the entire market,” recounted Ghosh.

Despite having a product-market fit, Chingari didn’t receive much traction till June 2020. With the ban on TikTok, short video enthusiasts turned to Indian alternatives and Chingari was among the pile of apps looking to ride the wave.

After struggling for years, suddenly, it had racked up 30 Mn users in three months. This kind of growth and scale is not unprecedented, but it is still rare. But if Chingari and Co have been derided as being TikTok clones, reaching these heights is no easy feat and Ghosh has been at the helm during this time.

Firstly, the fact is that cloning an app may look easy, but growth is not a given? When a VC once mocked Sachin Bansal for just copying Amazon with Flipkart, he is said to have retorted “Tu karke bata de”, according to Mihir Dalal’s ‘Big Billion Startup — The Flipkart Story’.

Echoing the Flipkart cofounder’s sentiment, Ghosh told Inc42 that the game is in attracting users and not as simple as having an inspired UI.

“You need solid tech to attract users and retain them…it’s not that simple… We feel that if we make one improvement in the product it will have an impact on millions of users… We still feel like a 3-month-old startup,” Ghosh added.

But as with any content-centric app, Chingari has had to put in the legwork to plug vulnerabilities, holes in the privacy policy and make the platform more user friendly. One way to get the last of those aspects right is by taking feedback from early adopters.

Ghosh said he personally responds to users’ emails regarding what features should be added and which ones need to be fixed. “We actually also get users on Zoom calls and try to understand what they want,” he told us.

With its recent seed funding round of $1.3 Mn from angel investors, the company has roped in senior AI/ML experts in predictive analytics to make this development process easier. Data obviously also plays an important role in deciding features as well as in informing the algorithm for an app such as Chingari. Like most other short video apps, all new users are directly taken to the video feed, which keeps them hooked to the app and increases retention by 33%, Ghosh told us.

While keeping users hooked on the app is a priority for any social media platform, boosting the capabilities of content creators is just as important for Chingari, which has added features that are more geared towards creators as well despite the considerably lower volume of such users. This just shows how important creators are for apps like Chingari.

“Content creators are only 2% of the overall user base on platforms such as Facebook and Instagram but for us the figure is 30%…So 30% of people who log in on a daily basis create content on the platform,” Ghosh, who will be speaking at Inc42 and TPF’s The Product Summit in October, told us.

Obviously, with its made in India credentials, Chingari is also going after the creators and engaged users in Tier 2 and Tier 3 markets, who are primarily regional language users. In an effort to support content creators in Bharat, who mostly use mid-range smartphones, Chingari has not only invested in unique content and creators, but also in making sure the hardware gap is not a hindrance for such users. “The camera in an INR 10,000- INR 15,000 smartphone isn’t very sophisticated. So we built our own camera software with very advanced features especially for editing,” Ghosh added.

In India, the popular notion is that revenue will follow a mass audience. But as India’s Tier 2, 3 and Tier 4 base has shown, attracting users is not a problem, but monetising this user base is perhaps the hardest thing. Chingari will have to go through these growth pains too, but from a product perspective, the focus is on monetisation via features for advertisers.

Ghosh believes that 70% of the country’s GDP comes from the same audience that Chingari is targeting, so the assumption that this group doesn’t have money is false.

“Look at Reliance — Mukesh Ambani was able to raise INR 1 Lakh Cr on the basis of Jio customers, most of who are primarily Bharat users,” he said, talking about the audience match.

The key is to monetise through ads that fit this audience. Selling urban necessities that other apps try to do is futile — the trick is to advertise products and services that they want. “UGC campaigns involving properties such as hashtag challenges and camera filters are the way for brands to reach the Bharat audience interactively,” he said.

While social media platforms joust to eke out a pie of the digital advertising market — growing 26% annually and pegged at INR 13,683 Cr in 2019 — the short video app has its eyes set on the huge television commercial market.

Chingari’s strategy in this regard has been to rely on user-generated content (UGC) for hyperlocal campaigns — saving brands money on hiring expensive star endorsers on one hand and earning them more user engagement on the other.

“My fight is not with the $1 Bn – $2 Bn ad revenues of Google and Facebook. The bigger pie is now going to television ads,” he said, about the state of advertising in India.

While earning from the Tier 2 and 3 audiences is certainly difficult, the potential to achieve scale is as promising as ever. According to Ghosh, the right way of looking at it is not just aiming for one avenue to monetise but through a multiplicity of features that can help transition Chingari and other apps of its ilk into super apps with videos at their centre.

While the concept of super apps has never really taken off in India, could short video hold the key? After all, TikTok had proven to be a great seller to the masses that used it. Will Chingari or any other short video app be able to crack the super app puzzle.

“The main concept to understand behind a super app is that it has to have a sticky feature that compels a user to log in every day. For Chingari, it will be short videos,” said Ghosh.

Building a super app for Bharat isn’t the only ambition that Ghosh nurses for Chingari — there are plans to foray into the West Asian and Southeast Asian markets, which have shown an immense propensity for TikTok-like short video content. At the moment, around 2 Mn of the 30 Mn user base is from those geographies for Chingari.

While Ghosh did not delve into the product-related development to boost international usage and engagement, Chingari is relying on the path laid by Indian B2B and SaaS giants to tap the global market.

“In the B2B space, India is already there (in global markets)….We have companies like Freshworks and Zoho that have global customers…I think now the time of B2C has come.”