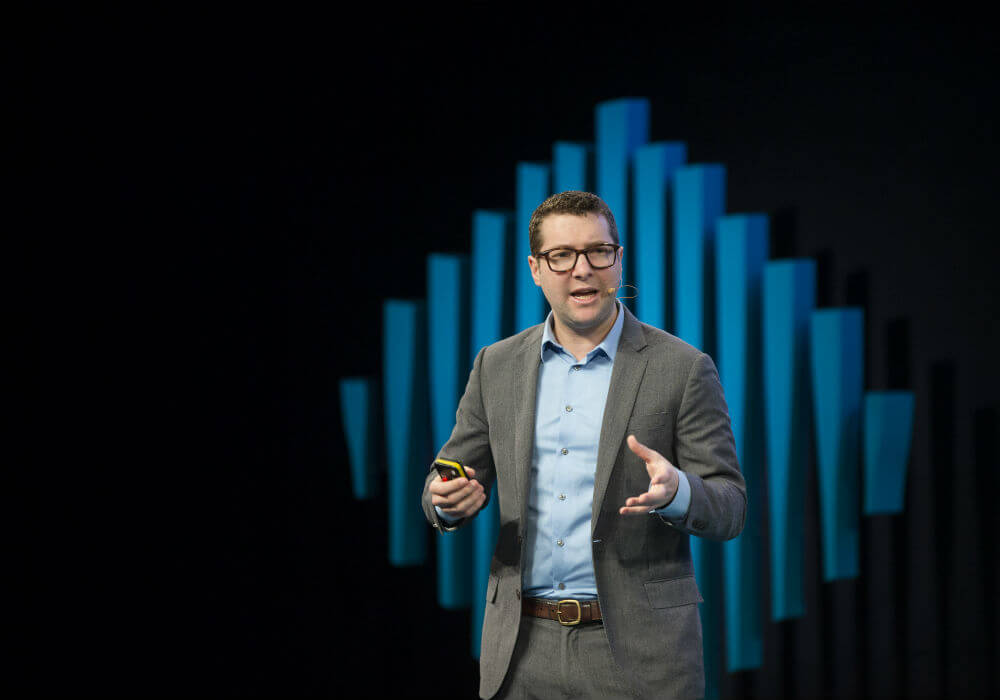 Regulators Have Concerns Over Cryptocurrency, And Most Of Them Revolve Around Consumer Protection

US-based Bitcoin wallet and other cryptocurrency-related solution provider Blockchain has been counting big on India. Last year, the firm had partnered with Unocoin to enter the Indian market. Irrespective of the recent move by RBI, according to Nicolas C Cary, the co-founder and Vice Chairman of Blockchain, excitement and skepticism are varying degrees of interest on the broad spectrum over the blockchain technology, India is yet to decide its end of the spectrum.

One one hand, our Union Budget this time explicitly mentioned the need for technologies like AI and blockchain and enthusiasm has multiplied since then, but on the other hand, India is also at the cusp of skepticism as iterated by the recent RBI ban on banks for dealing with cryptocurrency-related entities.

A frequent flier to India, one of the works that Nicolas pledges upon is Blockchain as a platform’s involvement with various regulators around the world. He is excited about the fact that India is slowly but definitely evolving its acceptance of the blockchain technology. Currently, Nic’s firm ‘Blockchain’ operates cryptocurrency wallets and provides other crypto-related solutions.

Blockchain(.com) was founded in 2011 by Peter Smith (current CEO), Nicolas Cary (current president) and Ben Reeves. The company has raised over $70 Mn from notable investors such as Google Ventures, Lakestar, Lightspeed Venture Partners, Sir Richard Branson, Digital Currency Group and others. As of today, they have 24 Mn+ wallet users. Considering India’s skepticism over the implementation of blockchain and cryptocurrency, Nicolas might be able to show Indian blockchain and crypto enthusiasts a way forward via Blockchain’s story.

To get a vivid picture of the presumably chaotic Blockchain industry and the different verticals where it is implementable, Inc42 caught up with Nicolas during his visit to India to understand how the capabilities of the Blockchain can be explored.

Here are the excerpts of the interview:

Inc42: The love and hate affair with blockchain and cryptocurrencies continue. The RBI in a recent announcement has asked banks not to engage with customers who are dealing with cryptocurrency trading. Considering all this hype on the security of crypto trading, what should be the way forward for cryptocurrency-related entities?

Nicolas Cary: I think one of the ways to do that is to show proactively that you are listening to the concerns especially the concerns of the RBI. They can say ‘As a group of startups, it would make sense for us to have a say in this’. Here we are taking all those steps to avoid money laundering or frauds. In fact, this is a standard we hold ourselves too. The standard is higher in other industries such as gaming, gambling or financial services companies. And I think if they have a body of evidence on the technology, they will create a more productive dialogue.

As a financial firm, if you want to be taken seriously and legitimately, you have to take the extra steps to protect and secure people’s money and you have to be very serious about that.

So, one of the things we do is, we work with the regulators, to help them understand how the technology works, know their concerns and talk about consumer protection. We help them with these concerns. It takes time, some countries that are less comfortable with things they take more time. The bigger arguments are around the enormous amount of potential and capabilities of the technology and this comes under the realm of national interest.

Do we want to cultivate a highly pioneering and industrious entrepreneurial culture that is using one of the most powerful capabilities to support the market? I think countries do generally want that.

So, from my perspective, India may be the most significant markets for digital financial goods. But there are very few people here, who have the ability to invest. So, it wants a thriving culture with capability over here. The only way to do that is to use emerging technologies like Blockchain to create tools that are more accessible to the people.

Inc42 There is mixed reaction over cryptocurrencies across the globe. In India, banks have already banned trading in cryptocurrency. What’s your take on this?

Nicolas Cary: Banking systems around the world have approached the blockchain technology in digital assets with varying degrees of skepticism to the endorsement, it’s on a spectrum. For example, Japan has created a totally legal and compliant regime that is looking forward to the digital financial future and I think it’s a pretty progressive and smart thing to do. The reason is: it attracts capital and it attracts innovation.

The blockchain space as an industry or a sector has attracted more Venture capital than any other entrepreneurial vertical in the past seven years. So, you don’t want to miss out on some of those opportunities.

There are legitimate concerns that regulators have and most of them revolve around consumer protection. So, how do we make sure that people who are unsophisticated investors or just regular individuals don’t end up in frauds or scams? We can actually do a lot to help regulators protect consumers. And the reality is that we already have a lot of rules in place.

So, financial institutions have to ensure things like KYC and AML all for consumer protection. Once the exchange is through that they have all the optics for the financial surveillance to prevent bad actors from doing that. And so they should just apply the current rules to the digital currency firm.

Inc42: How do you see the blockchain dynamics in India? ?

Nicolas Cary: As per what I have read online and private discussions I have had, there is a significant excitement and interest in the technology aspect of this (blockchain) in India. In my conversations over blockchain, I usually talk about the tool, the capability about what a blockchain can accomplish and about how it can improve the voting system or how it can be used to deploy money.

You can imagine how a farmer in India can get a stipend for the fertilisers by using a digital certificate at the facility where they give out the fertilisers. This capability to manifest digital identities will rely on the blockchain capability that will create a unique digital good. Such a system can exist because of the properties of a unique digital asset. You can call it a digital asset or a digital currency but if you dig into it.

They are really the same. Getting the comfort of the regulators takes time, they should seek expertise and ask for comments. They should definitely ask the entrepreneurs and startups to come and get involved.

Inc42: Let’s come back to RBI’s stance pertaining to cryptocurrency in India. What do you think, should be done from both the ends to make it compliant enough to stop Ponzi schemes running under cryptocurrencies?

Nicolas Cary: My view on this is to be patient. I have been returning and coming to India for over a decade now. I really believe that the market here is potentially the largest in the world and I am willing to be patient in this process to be able to build something here. Getting more clarity on the RBI’s expectations over what they want to see firms do in order to be more compliant, will be a great step.

Often times, jurisdiction in other startups say, ‘Alright we are a little worried of this particular process, so you can take these steps in order to be compliant’ and they can create a regime or comply with the existing one. That to me is not anti-vision, it’s more of practical.

Inc42: Ever since you have started your work in India,  which are the cities you have come across that registers a lot of blockchain activities?

Nicolas Cary: Places, where I have seen strong communities with interest, include: Hyderabad, Bengaluru, Mumbai, Delhi and Pune. So, what’s really important is that blockchain has created this worldwide community who can reimagine the things that exist today. And I find that really inspiring because wherever I go, there are both young and older people, they have heard about this capability and they want to use it to make things different or even better.

On His Venture Blockchain, Partnerships In India And More

Inc42: Which are the cryptocurrencies that Blockchain offers?

Nicolas Cary: Blockchain.com is a digital asset platform and we focus on wallet software to help people secure things of value to them. We are also the world’s largest Ethereum Bitcoin and Bitcoin Cash wallet and there are a lot of emerging assets and we will be looking at them over the course of the year.

Inc42: What about partnerships? Are we going to see any new partnerships and how are you planning to take the Indian startups along with your journey?

Nicolas Cary: Partnerships are super important to us. The way we take is that there should be a mutual way to benefit each other. We are having a variety of partnership conversations going on. We have some startups in Delhi along with significant venture partners and investors. The entrepreneurs always smell opportunities. So, the more clarity we get from the regulators, the more excitement we will see in this sector.

The news over the arrest of the mastermind behind $300 Mn cryptocurrency scam, Amit Bhardwaj, is still fresh in India. Following the arrest, two other founders have also been arrested in connection with this case. This is one of those scams that make regulators of cryptocurrency trading skeptical over its potential and its capabilities.

While some of the leading cryptocurrency exchanges have been practicing KYC and AML norms right from the beginning, as Bitcoin became one of the most popular keyword searches last year, a number of exchanges or crypto firms mushroomed. And, as per various investigations, many of them are not practicing the KYC and AML norms.

Further, as per the investigations by the Income Tax department, most of the cryptocurrency users didn’t file tax over the cryptocurrency gains. Also known for its prominent uses at dark web, and hackers’ currency such as in Ransomware attacks; RBI, the Indian government as well the other authorities across the world have genuinely a lot to be wary about. However, Japan and Australia are the nations that must be widely studied in this regard.