What Triggered The Wrath Of Traders Against Flipkart, Amazon

What Triggered The Wrath Of Traders Against Flipkart, Amazon

Tiff between Amazon, Flipkart and traders body has been going on for more than a year

Around 40K mobile shops have shut down in the last one and a half years because of deep discounting offered by ecommerce platforms, says mobile phone dealer 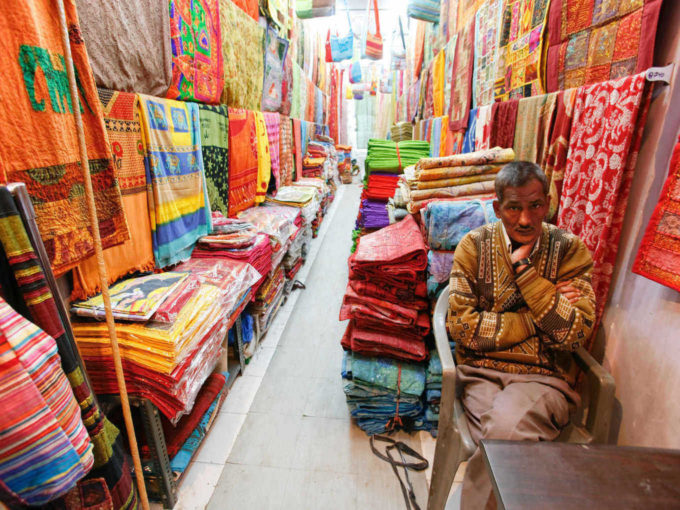 The digital revolution has opened doors for India. However, the major challenge that comes with digitisation is securing inclusivity. One of the sectors, where the debate has already begun on how to reap the benefits of the internet without cutting profits of any section, is the retail industry.

While online marketplaces have been driving growth and winning global attention, owners of brick and mortar stores have been saying that many of them have shut shops. Inc42 spoke to national secretary-general of the Confederation of All India Traders (CAIT), Praveen Khandelwal, national secretary of CAIT, Sumit Agarwal, and some traders to understand about their fight against ecommerce platforms like Amazon, Flipkart among others.

“We welcome ecommerce because it is the potential future mode of business. But basic thumb rule is any ecommerce entity should follow provisions of FDI policy of 2018, both in letter and spirit. If Amazon and Flipkart obey the policy, we have no objection. They can continue with their model provided they follow FDI norms,” Khandelwal told us.

The three major matters of concerns raised by the traders’ body, which it claims are against FDI norms, are:

The CAIT has been claiming that by indulging in predatory pricing, both the companies, Flipkart and Amazon, have violated FDI norms. “There are around 3 lakh mobile retailers in India. In the last one and a half years around 40K mobile shops have shut down because of deep discounting of online companies,” said Agarwal, who is also the owner of mobile shops in Delhi.

The national secretary of CAIT also quoted a survey, which says that the sale of mobile phone constitutes 50 % of total sales of ecommerce platforms. “Ecommerce has taken more than 30% of retail sales in the mobile sector which is huge. This means almost 30% of handsets sold in India are now sold on eportals and not in physical stores. This is only because they are selling below the cost,” he added.

CAIT has been, in all its meetings with commerce minister Piyush Goyal, insisting that ecommerce platforms’ deep discounting methods have created an unlevel playing field for the retail traders, vendors and brick-and-mortar stores.

The traders say that it is not a free and fair marketplace. “What irritates me the most is customers coming and fighting with us saying we are not offering whereas the same product is sold for a lesser price on shopping platforms,” said a trader, who didn’t want to be named.

The biggest problem, traders say, is exclusivity that online marketplaces enjoy. “The brands are directly connecting with online portals and selling on an exclusivity basis. We are not able to compete with them because customers are getting excited about deep discounts,” said Soma Shankar V, a local smartphone trader in Bengaluru.

The CAIT, in its recent letter to Goyal, told him that serious steps should be taken against such companies who in the process of increasing the valuation of their respective entity are flouting the FDI policy, throttling the businesses of small retailers.

“Now the time has come when action should be taken against Amazon and Flipkart for not following the FDI policy. Yesterday, we called them economic terrorists killing small traders of the country, destroying their business,” added Khandelwal.

Control of Inventory By Preferential sellers

The traders association has been raising a red flag saying that ecommerce platforms like Amazon and Flipkart do not comply with FDI norms and offer deep discounts that put local vendors out of business. Recently, Akhil Bhartiya Udyog Vyapar Mandal, along with local retailers and distributors, locked down the Flipkart’s Kanpur warehouse in Kanpur. The group that works towards traders’ rights, said that online marketplaces are indulging in unfair means to shrink the business of brick and mortar stores.

“Online marketplaces are controlling inventories. They have their own sellers. If you go and search for a product on Amazon or Flipkart you will see a few sellers who are always there on top. That is because hey have exclusivity tie-ups with these sellers. So they are controlling the inventories of sellers,” added Agarwal.

The traders’ association has been reiterating that during festival sales ecommerce companies offer deep discounts, which run against the mandate of FDI Policy, 2016 later amended in 2018. CAIT said that online marketplaces were turning their platforms into the inventory-based model which is a violation of FDI policy.

The CAIT also has emails sent by Flipkart and Amazon to sellers, asking them to offer discounts on a sharing basis and reward them back with credits. “We have all the proofs to prove that what is happening is not fair,” added Khandelwal.