With this, Vodafone Idea marks its entry into India’s drone delivery ecosystem

Prior to this, Zomato had cut ties with Gurugram-based drone startup TechEagle 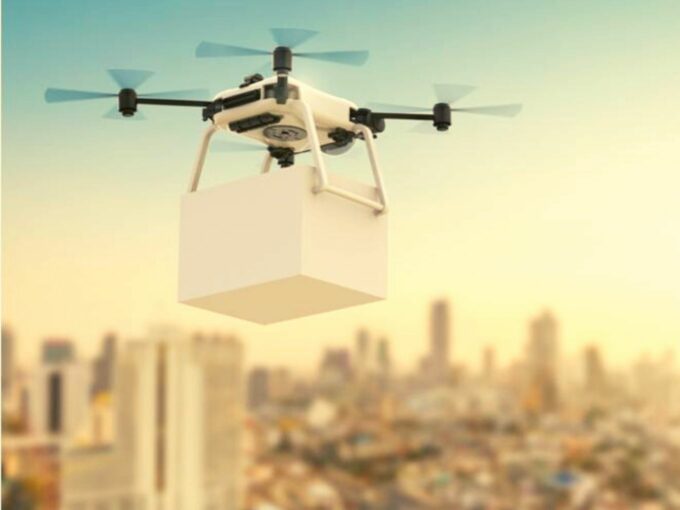 Setting its eyes on ‘beyond visual line of sight’ (BVLOS) drone experiments, telecom major-Vodafone Idea has announced its partnership with foodtech giant Zomato. According to a report by Medianama, the telecom and foodtech major will join DGCA’s BVLOS sandbox.

BVLOS drones are a long-range unmanned aerial vehicle (UAV), which enables providers to conduct complex operations and facilitate drones to fly without any human interference. These drones are primarily operated in the infrastructure inventory, for monitoring large areas and creating orthophoto maps and hub-to-hub delivery among others.

The partnership with Vodafone Idea comes at a time when Zomato cut ties with Gurugram-based drone startup TechEagle Innovations, which it had ‘acqui-hired’ in December 2018. The decision raised questions about the food giant’s drone delivery ambition.

Severing its ties with TechEagle Innovations, Zomato had said that the company was no longer aligned with its future goals, and had decided to operate as separate entities. However, the company reportedly said that it will move forward with drone testing as soon as it is safe for its team to travel to the designated testing locations.

How Is Vodafone Idea Helping Zomato In Commercial Drone Delivery?

Vodafone Idea is said to provide LTE support to the drones, where the drones will be attached with a Vodafone Idea SIM device, which will be connected to the local network to gather data like weather details, battery status and distance among others, the report added.

Besides Zomato, several hyperlocal and food delivery players, including Dunzo, ShopX, Swiggy among others have been pilot testing drone delivery services in India.

In an attempt to decide the policies for the next phase of developments in drone delivery and get insights into BVLOS operations, DGCA has selected ten companies to run pilot projects. The selected consortia include Asteria Aerospace, Dunzo, ShopX, Spicejet, Throttle Aerospace Systems among others.

Throttle Aerospace Systems and Dunzo received their permission letters in early March. Recently, the remaining consortia member Sagar Defence Engineering also received DGCA’s permission to start the project. Now, Vodafone Idea and Zomato, which are also part of the consortium, have been allowed to run trials by the DGCA.