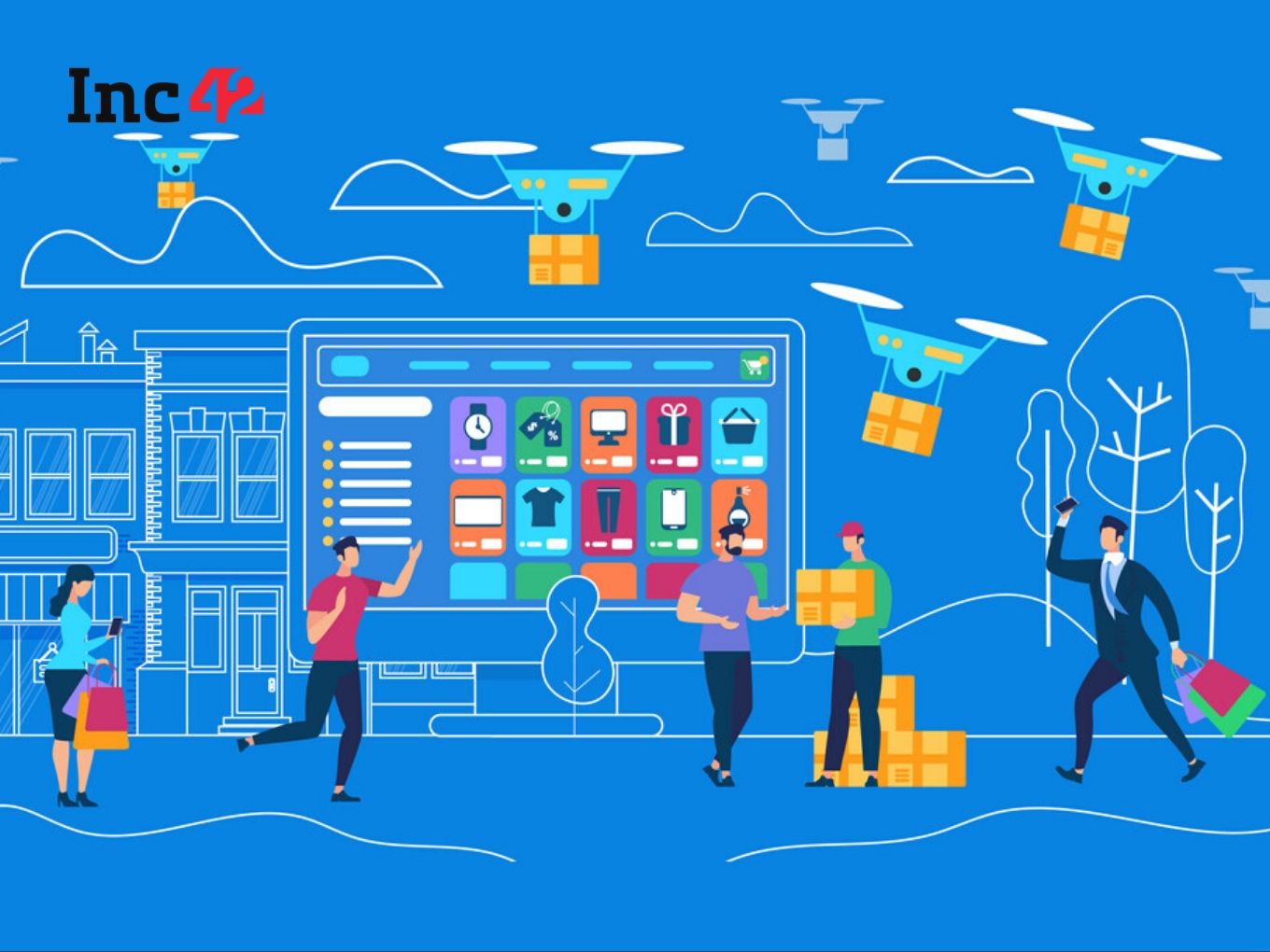 Dunzo is testing a distribution hub-to-hub delivery model for first-mile logistics using drones, but will it ever be expanded to home delivery?

Currently, India has 50+ drone tech startups, including Asteria Aerospace, IdeaForge, Redwing and others

Weighed down by regulations for years, drones have finally risen up again. While 2020 was expected to be the year of drones, the emergence of this sector in recent weeks is because of the quarantines, lockdowns and Covid-19 safety measures around India. In the times of crisis, drones have come up as an effective and simple alternative to limit human contact for things such as crowd dispersals, sanitisation, deliveries of payloads and goods.

Startups such as Redwing Aerospace Labs, IdeaForge, Indian Robotics Solutions, Asteria Aerospace, Garuda Aerospace and others are providing on-demand drone service to support healthcare logistics, monitoring and surveillance. Will this acceptance for drones open up the market for home deliveries of consumer goods as well?

In India, the buzz for drone deliveries started in 2018, where the Directorate General of Civil Aviation (India) had decided to accommodate delivery of food and goods under Drone Regulations 2.0. Soon, Indian food delivery major, Zomato had also planned to launch drone-based food delivery in India, where it acquired a Lucknow-based drone startup TechEagle Innovations, which was believed to boost its drone delivery plans by creating a hub-to-hub delivery network powered by hybrid multi-rotor drones.

Currently, there are more than 50+ drone tech startups in India, followed by a lot of maker groups and hobbyists. According to Inc42 DataLabs ‘Drone Technology: India Opportunity Report 2019,’ the total funding raised by drone startups in India from 2014 to 2018 was just $16.56 Mn, which accounts for a mere 2.26% of the total deeptech funding ($732 Mn) in this period. Hopefully, given the Covid-19 situation, the drone tech is expected to witness a massive surge in the coming years, industry experts said.

Besides Zomato, several hyperlocal and food delivery players, including Dunzo, ShopX, Swiggy and others have been pilot testing drone delivery services in India.

Speaking to Inc42, Kabeer Biswas, cofounder and CEO at Dunzo said that the company has been working with DGCA to test the use cases of drones for quite some time now.

Further, he said that the company is testing hub-to-hub delivery, where the drones deliver the items from one hub spot to another, and once it reaches the destination, the delivery partner then picks it up and delivers the items to the end customers. This, in a way, optimised the delivery mechanism with a lot more deliveries within the geographies, he added.

“We believe that long-distance will become drone heavy, but the last-mile will get a lot more efficient,” said Dunzo cofounder Biswas.

Adding to this, he said that previously it used to take more than an hour and a half to deliver items from one location (Delhi) to another (Noida), but with the hub-to-hub drone delivery model, the whole end-to-end delivery takes about 40 mins. “Other than this, we don’t see that much of an impact coming, as the geographies and the cities that we stay in aren’t that convenient. Those are real challenges” he added.

“Unfortunately, we will have to wait for at least five years before this becomes a reality because of the complications involved,” said Neel Mehta, cofounder at Asteria Aerospace.

Throwing light on the same, Mehta said that there is going to be regulatory oversight on drones as these are flying objects and could fall on someone and could potentially damage property or cause bodily harm. Most importantly, when it comes to delivering packages, there is a huge scale required to perform those operations, and I don’t think the regulators are prepared to deal with that kind of scale of drone operating over cities for these applications, he added.

Further, he said that even though technology may be ready, but it will always be controlled by regulations, and this is not just constrained to India, as these things are same, globally.

“If you are ordering pizza and toilet paper and you get it five to ten minutes late, I don’t think it is going to make that much of a difference in terms of value,” quipped Mehta.

Smit Shah, director of partnerships at Drone Federation of India (DFI) also said that India will not start the last mile drone delivery anytime soon. However, inter warehouse delivery and intracity delivery might be possible in the near future.

Majority of the industry experts that Inc42 spoke to, said that as the technology matures, regulators may feel more comfortable in allowing B2C last-mile delivery. However, they said that B2B delivery might happen sooner than expected.

Further, Sharma questioned if same-day drone delivery with gram transportation in ecommerce really worth transitioning to, and crowding the air space. “Instant delivery part using drones is just for gratification purposes as the value proposition is quite small,” he added.