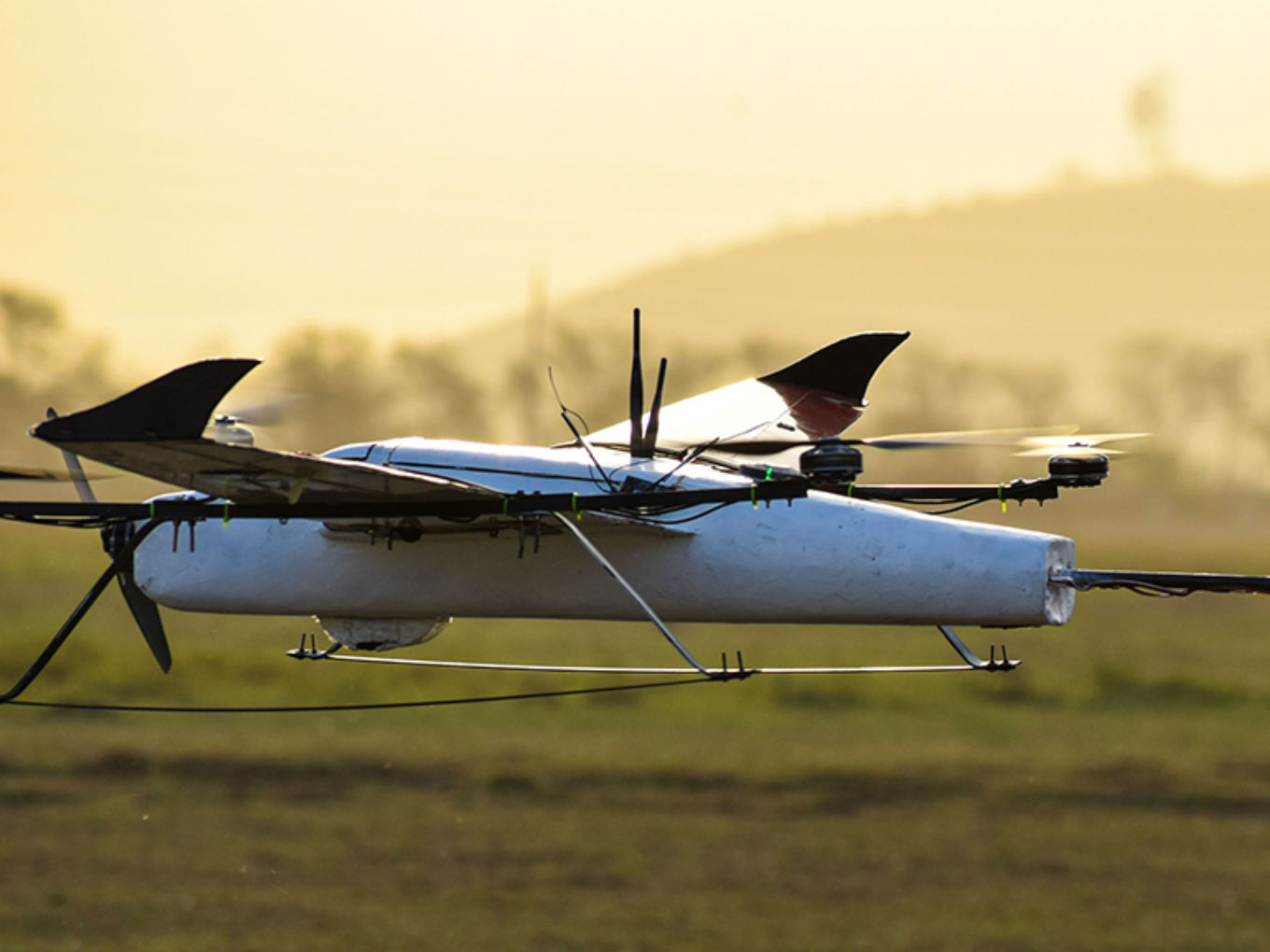 The test was conducted over a distance of 5 kms

The drone which can carry 5 kgs of payload, reached speeds upto 80 kmph

Zomato had acquired a Lucknow-based drone startup in 2018

The test, which was conducted using a hybrid drone, had a fusion of rotary wing and fixed wings on a single drone. Zomato claims that the test drone was successfully and seamlessly able to cover a distance of 5 kms, in about 10 minutes, with a peak speed of 80 kmph, carrying a payload of 5 kgs.

In December 2018, Zomato had acquired TechEagle Innovations, a Lucknow-based startup that works exclusively on drones. TechEagle was expected to help Zomato move towards offering drone-based food delivery in India, by creating a hub-to-hub delivery network powered by hybrid multi-rotor drones.

According to Zomato the drone is lightweight, with inbuilt sensors and an onboard computer to sense and avoid static and dynamic objects, overall making it more efficient for autonomous flights. The drone is also capable of taking off vertically like a helicopter, transiting to an airplane mode to cover the distance and then switching back to helicopter mode for vertical landing without requiring any airstrip.

The drones will pick up the food package from a restaurant hub (a dispatch station around a cluster of restaurants), and drop the package at a customer hub (a landing station close to dense communities), and comes back to the dispatch site using a mix of different and appropriate flight modes.

Although being fully automated, each drone is currently being tested with (remote) pilot supervision to ensure 100% safety. Over time, as the company collects more data, it might do away with pilot supervision.

Deepinder Goyal, founder and CEO, Zomato, said, “The only possible way to reduce the average 30.5 minutes to 15 minutes is to take the aerial route – roads are not efficient for very fast delivery. We have been working towards building sustainable and safe delivery technology and with our first successful test, food delivery by drones is no longer just a pipe dream. While regulatory hurdles are not trivial, and the government’s concerns need to be looked at from various (valid) points of view, the tech is ready to fly and I am confident that drone delivery will be commonplace sooner rather than later.”

The development comes days after an unmanned aerial vehicle (UAV) was used to successfully deliver a single unit of blood worth INR 10 Lakh from a remote primary health centre Lakh in Uttarakhand’s Tehri district. The Indian government has been increasingly exploring ways to use drones. These developments come at a time when the central government is looking to come out with new drone regulations.

In September 2018, the Ministry of Civil Aviation (MoCA) legalised flying commercial drones. the minister of state of civil aviation Jayant Sinha who is leading the task force on drones that is supposed to file the draft Drone Regulations 2.0 had also said that delivery and pick up of goods by drones will helping in boost logistic capabilities.

Further, as per the notification issued by Director General of Civil Aviation (DGCA) on May 13, 2019, interested organisations have been asked to submit an Expression of Interest (EOI) to the DGCA for conducting experimental Beyond Visual Line of Sight operations (BVLOS) of Remotely Piloted Aircraft Systems (RPAS)/Unmanned Aircraft Systems (UAS). In response to the notification, Zomato is forming a consortium as per DGCA’s guidelines to carry out experimental BVLOS operations.

Zomato joins the bandwagon of companies like Amazon which is looking to use drones for its delivery requirements.