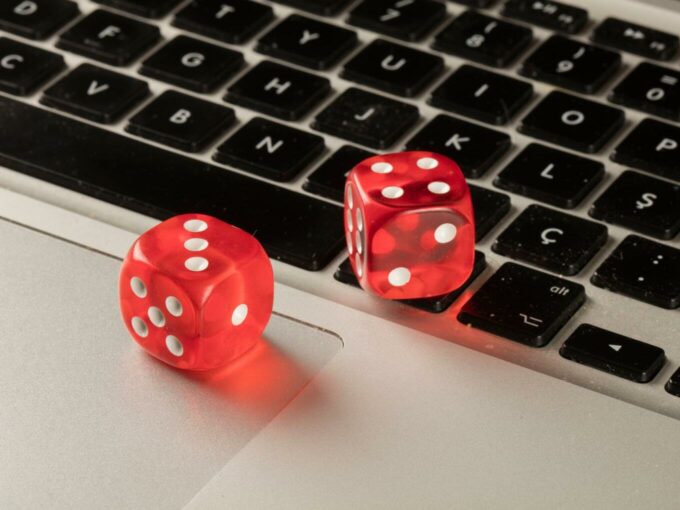 After his comments on online gambling apps that drew a fair bit of criticism, GOQii founder and nCore Games cofounder Vishal Gondal has been served multiple legal notices for defamation. At least six individuals (from six different states) — who claim to be rummy enthusiasts — have served legal notices to Gondal claiming that his social media criticism of gaming apps, likening them to gambling, have hurt their sentiments, and defamed their reputation.

Gondal had raised concerns on Twitter about the unchecked rise of various gaming apps built around games such as rummy, poker, fantasy sports, and other real money games. “Rummy, Teen Patti, RMG Fantasy etc are not Skills games they cause serious financial loss, addiction & death. Gambling is a poison pill served to the society in garb of skill game..Stop this,” Gondal said in a tweet on February 9, 2021. 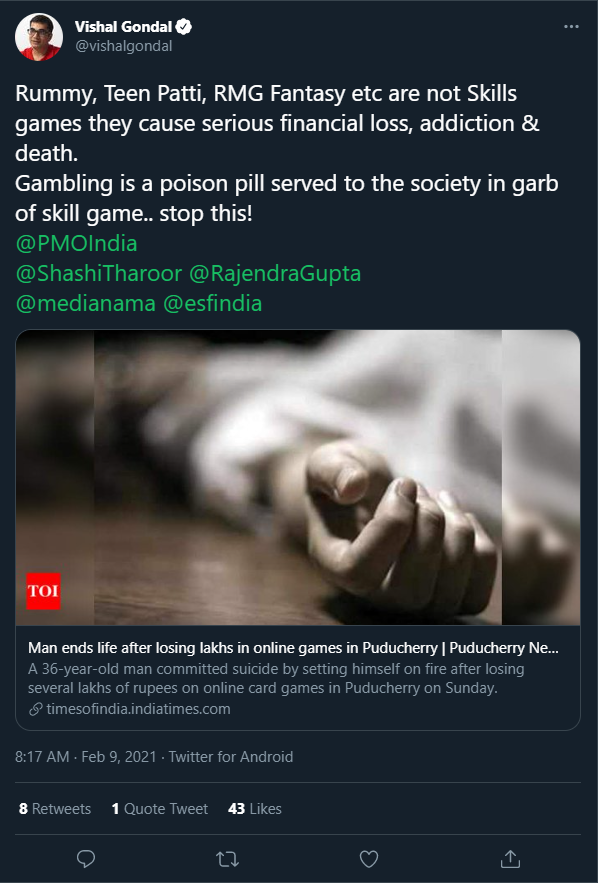 The six notices collectively refer to various tweets made by Gondal, and an article published under his byline on MediaNama. In the article, Gondal had raised several “ethical issues” posed by real-money gaming platforms including the issue of such platforms advertising “themselves as a source of income, rather than as a source of entertainment”.

The six legal notices were shared in public by Gondal on his Twitter handle.

Collectively, the notices claim damages of up to INR 65 Lakh from Gondal for his criticism of online rummy platforms, and real money gaming platforms. 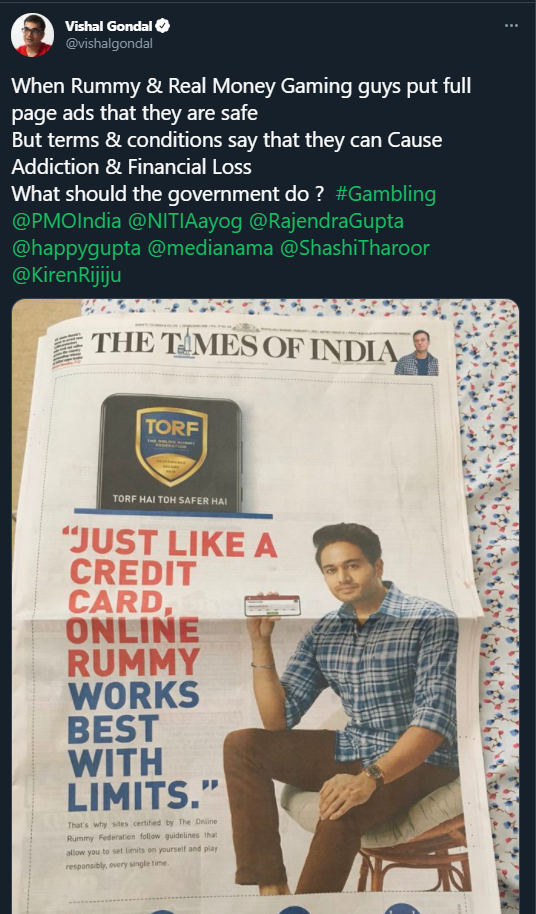 Of the six legal notices served to Gondal, the ones that stand out are by two individuals — political activist Abdul Amor Amiro, and Siraj Khan — for their outlandish arguments.

According to the notice served by Amiro, Gondal’s tweets which equated online rummy to gambling have allegedly hurt the former’s religious reputation.

“My Client on account of your irresponsible and defamatory tweets amounting to libelling will initiate with a criminal case against you for hurting his sentiments and reputation…My client have been alleged that the Rummy is a gambling and as a Muslim gambling is not permitted in his religion,” says Amiro’s notice served to Gondal on February 19, 2021.

Another legal notice served on behalf of Siraj Khan alleged that Gondal’s criticism of gambling apps have even cost him seed funding for his startup since “no well-meaning investor is ready to look past his (Khan’s) personal habits”.

“ …due to your Twitter post, my client has lost all contact within peer groups and neighbours on account of the well known usage of such apps and which has also tarnished his hopes of seeking a seed funding or capital investment for his business venture as no well-meaning investor is ready to look past his personal habits and seek to create a professional relationship due to which my client has suffered loss of reputation and prospective finances too,” the notice reads.

The legal notices sent to Gondal by individual rummy players, however, do not explicitly name the apps that they have been using to play the game. Currently, some of the most popular online rummy platforms are operated by brands including RummyCircle, Ace2Three, Junglee Games, and Ace2Three. These brands also operate a self-regulatory body known as ‘The Online Rummy Federation’, which represents many of the companies that operate these platforms.

Beyond his tweets, the legal notices also target Gondal’s article in MediaNama where his criticism of online rummy was called “malicious” and “defamatory”.

“…the articles, statements and tweets published by you (Gondal) on various social media platforms have been widely circulated on by your follower(s), bots and (has) been artificially retweet(ed)  to create a buzz around these false and malicious statements…and by such acts, you have defamed and destructed my client’s long-standing repute in the society,” reads the notice.

The notices also seem to indirectly refer to a 2015 Supreme Court judgement which held that online rummy games cannot be equated with real world rummy games that are currently considered to be illegal. The Supreme Court in 2015 was acting on petitions challenging another Madras High Court ruling in 2015 that said rummy for stakes is equal to gambling and hence illegal.

But there have been other rulings which likened rummy and fantasy games to games of skill and therefore not gambling. This has caused a huge amount of confusion in the general public.

Manish Agarwal, CEO of Nazara Technologies, a Mumbai-based mobile gaming company, told Inc42 last year that clarity in policy is essential. “A self-regulatory body that works in guidance of some central ministry, to ensure that the rules of a central regulation are imposed in letter and spirit, is important for responsible gaming,” he said.

A December 2020 Niti Aayog report spoke about uniform countrywide regulations for fantasy sports rather than an outright ban, to ensure growth in the industry and removing the impediments caused by continuous legal challenges against all forms of online real-money gaming in different states.

As seen in our in-depth look at the potential impact of gaming guidelines, online gaming startups have not exactly had a spotless track record when it comes to pushing the limits of the law for their marketing and promotions and indeed their games.

Several states including Kerala most recently, Andhra Pradesh, Nagaland, Tamil Nadu, Telangana and Odisha have explicitly banned rummy and real money games in their jurisdictions — something that most rummy apps expressly mention in their terms and conditions. The decisions from these states came after several players involved in rummy and other similar real money games such as online fantasy sports games ended their lives after losing lakhs of rupees playing these games. Over the past year, the number of such deaths has been on the rise.

India is estimated to be home to more than 300 Mn online gaming users, and a major chunk of this is driven by the rise of mobile gaming in India. An Inc42 analysis shows that the Indian gaming startup ecosystem itself is expected to cross $1.6 Bn in aggregate revenue (among a select group of companies) by 2025 due to the rise in smartphone usage coupled with dwindling mobile data rates. Besides this, India is soon expected to see its first publicly-listed gaming company in the form of Nazara, while Mobile Premier League and Dream 11 have built a solid user base and towering valuations.

But there’s still a lot of flux in most startup sectors — with the new rules for digital media and OTT platforms also coming in, a larger regulatory intervention into online gaming platforms cannot be ruled out in the near future.