Online skill-based card games such as Poker and Rummy are regulated by each state’s separate laws on gambling. 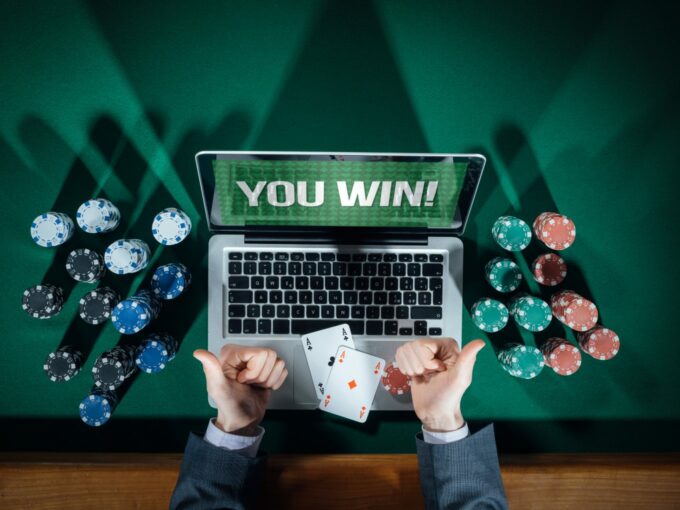 Last month, a fairly innocuous matter of five men playing a game of cards for stake near a ‘thorny bush’ on a farm in the Tirunelveli district of Tamil Nadu, was somehow deemed worthy of being prosecuted by the Sub-Inspector of Police, Kudankulam Police Station. The police filed an FIR against the five men under Section 12 of the Tamil Nadu Gaming Act, accusing them of real-world gambling in a public space.

The fifth-accused in the matter filed a petition in the Madras high court, asking for the charges to be quashed as he contended that he was a spectator, and the game was being played on private farmland owned by his friend, one of the co-accused.

While hearing the arguments, the Madurai Bench of the Madras high court asked the police why they were so prompt in filing an FIR against five men playing cards near a ‘thorny bush’, even as online rummy is permitted in the state of Tamil Nadu, also in the entire country. The court mentioned platforms such as RummyPassion, Nazara, Ace2Three and PokerDangal, among others, “mushrooming and there are so many advertisements appearing in almost all social media and websites,” the judgement read. “It appears these advertisements are mostly targeting the unemployed youth, inducing them to play such games, on the pretext of earning money comfortably from their home.”

The police, in response to the court’s query, filed a status report, claiming that online gaming was causing a gambling addiction among youngsters, leading to financial crises in their families.

The judgement, while quashing the charges against the petitioner, also noted the perils of online gaming in encouraging gambling and other illegal activities and the need for a central regulation to curb the same. It added that having a regulatory body and law for online gaming could attract investments in the ‘sunrise sector’.

The judgement has once again, thrown light upon the very confusing legal landscape for online gaming in India.

Supreme Court judgements since the 1960s have held that games such as poker and rummy have a dominant element of ‘skill’, which trumps the element of ‘chance’, hence ruling that both games are skill-based card games and as such, should be exempted from the anti-gambling regulations when played for stake.

However, given that gambling is a state subject, different states have framed their laws, some of which have outrightly banned all real-money card games. These include Telangana and Odisha, where there’s a blanket ban on card games played for stake.

Notably, days after the Madras high court judgement, a petition was filed in the same court calling for a ban on all ‘gambling’ websites. It also mentioned that celebrities endorsing such platforms such as Virat Kohli and Tamannah Bhatia (both faces of fantasy gaming platform Mobile Premier League), should also be prosecuted.

Harsh Jain, CEO and cofounder of fantasy sports platform Dream11, India’s first and only gaming unicorn, while talking about the confusing legal scenario for online gaming and gambling in India during a recently-held event, said that it also affects investor sentiment.

“Anti-gambling laws in some states which also include online skill-based gaming within their purview became a huge challenge for us in India. The investor sentiment at that time in India was pretty shaken. I pitched everywhere, from New York to San Francisco in more than 150 meetings before getting a Series A cheque from Kalaari Capital in 2015,” said Jain.

Founded in 2008 by Bhavit Seth and Harsh Jain, Dream11 has so far raised more than $100 Mn from investors such as Tencent and Steadview, among others. Today, Jain claims to have 82 Mn online sports fans on his platform.

When asked about the gaming-gambling conundrum, Jain claimed that the average ticket size on his platform is INR 30, while 80% of his users play for free.

Manish Agarwal, CEO of Nazara Technologies, a Mumbai-based mobile gaming company, told Inc42 that clarity about a policy framework that could apply to all operators across the country is essential for any sector. “A self-regulatory body that works in guidance of some central ministry, to ensure that the rules of a central regulation are imposed in letter and spirit, is important for responsible gaming,” said Agarwal.

He added that the lack of central regulation across states was creating uncertainty for the stakeholders. “In the absence of a central law, some of the decisions that are taken, highlight a lack of information or full understanding. This creates uncertainty in the minds of operators as well as investors.”

When asked about whether a self-regulatory body exists for the Indian online gaming industry, Agarwal said that discussions have been held among stakeholders for creating such a body. “The fact that the industry is still nascent and has seen phenomenal growth in a relatively short amount of time has meant that discussions are happening and bodies are being formed.”

“Very soon, in a couple of months or so, policies for self-regulation will be laid out. All of this is happening under the direction of the Internet and Mobile Association of India (IAMAI).”

Meanwhile, the All India Gaming Federation (AIGF), a not-for-profit organisation focused on bringing recognition to the online skill-based gaming industry, has a skill games charter in place to ensure self-regulation by operators and responsible gaming among users. It is being implemented by various online gaming platforms such as Adda52, SpartanPoker and PokerDangal.

“The AIGF skill games charter is built on the fundamentals of player protection, responsible gaming, integrity and good governance by all members. Members can take assistance from our esteemed panel of advisors including Jhulan Goswami, Retd Justice Vikramjit Sen, educationist Fatima Agarkar and others on various aspects of gaming ranging from skill testing to mental health,” AIGF CEO Roland Landers told Inc42.

Among the provisions listed in the AIGF self-regulation charter are — options for the user to set daily, weekly and monthly deposit limits, ‘time-out’ or ‘cool-off’ periods for a pre-specified duration of time to be decided by the users, the availability of ‘responsible gaming’ resources on the website, and that all games offered on the platform are predominantly skill-based, among various other such provisions.

Other platforms such as WinZO and Teen Patti by Octro, while not members of the AIGF and hence not adhering to its self-regulation charter, claim to be conscious of people spending an indiscriminate amount of time on their platforms.

“At WinZO, there are limits imposed on the amount that can be withdrawn or deposited. These limits are decided by an AI algorithm that keeps evolving,” said Paavan Nanda, cofounder of WinZO, during the India Internet Day 2020.

Saurabh Agarwal, the founder of mobile gaming company Octro, with popular titles such as Teen Patti and Rummy, said that the platform reaches out to the top 3% of users who spend the most amount of time on the platform and if need be, put in regulations.

No resources talking about ‘responsible gaming’ are available on either Teen Patti by Octro or WinZO’s platforms. The same is true for Nazara, which is also not a member of the AIGF. But the company says its presence in the real-money gaming sphere is minuscule, with sports simulation being the major focus area. “Because of a lack of clarity and a regulatory framework, we have not been aggressive in that space. The contribution of real-money gaming is just 5% of our total web views,” said Agarwal. Besides titles such as Carrom Clash and World Cricket Championship, Nazara also owns fantasy gaming platform HalaPlay.

Since the launch of Reliance Jio’s 4G service in 2016, the Indian telecom market has become the most affordable in the world, which has increased penetration greatly. Combined with economic growth factors, the outlook is quite favourable for the overall media and entertainment industry and gaming startups seem to be making the most of it.

Between 2014 and H1 2020, the total venture capital funding in Indian gaming startups was $448 Mn, according to DataLabs by Inc42+. Among the gaming startups, the top-funded startups are Dream11 with $100 Mn in total funding, followed by Smaaash Entertainment with $82.6 Mn in funding and Nazara Technologies with $79 Mn.

The forecast for the online gaming industry in India in terms of revenue is also buoyant. A recent report by the Federation of Indian Chambers of Commerce and Industry (FICCI) and consultancy firm EY noted that the online gaming industry, including transaction-based real money skill games and casual games, clocked around INR 6,460 Cr in revenues in the financial year 2019-2020, with transaction-based games accounting for around INR 4,600 Cr. The report estimates the CAGR of the industry to be more than 40 per cent and the industry to reach a size of around INR 18,700 Cr by the financial year 2021-22.

The study further states that the number of gamers in the country would be around 36.5 Cr and the sector would employ around 40,000 people by 2022.

With the ever-increasing internet penetration in Tier 2 and Tier 3 cities, falling mobile tariffs and an estimated 500 Mn smartphone users, there is no telling how a central regulation for online gaming could further benefit the already booming sector. That will depend on whether the industry as a whole, fragmented and disorganised currently, manages to gather its stakeholders and collectively work to shed the ‘gambling’ tag through self-regulation.