NITI Aayog’s proposal for a uniform countrywide regulation and safe harbour for fantasy sports is legally feasible, though states would have compulsions to stick to their bans on online real-money gaming 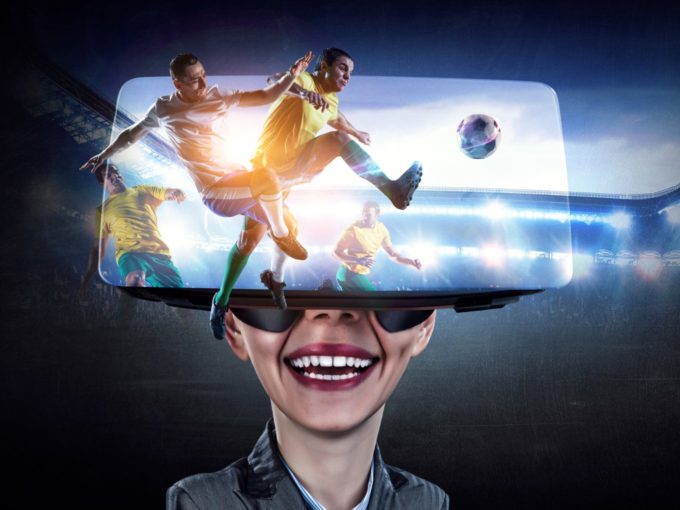 The year so far has seen Andhra Pradesh and Tamil Nadu outlaw online real-money gaming, and by extension, the practice of “making teams” on Dream11 or the several other online fantasy sports platforms (OFSPs) in the country.

These states have taken notice of cases where, apparently, games that involve staking money online have caused a gambling addiction for participants, most of them young. Several Public Interest Litigations (PILs) looking to get a ban enforced on online real-money gaming, repeat a claim that in worst cases, participants who’ve lost a lot of money while playing these games commit suicide.

Notably, Andhra Pradesh and Tamil Nadu aren’t outliers but just the latest additions in the list of states that have banned online real-money gaming for similar reasons.

However, the Indian government’s think-tank, NITI Aayog, in its recent report, Guiding Principles For The Uniform National-Level Regulation Of Online Fantasy Sports Platforms In India, has talked about why banning fantasy sports might not be the solution policymakers are looking for.

The reasons that are given for the same, in the NITI Aayog paper range from the fact that banning would discourage innovation in a sector that has seen robust growth — online fantasy sports in India have grown at a compound annual growth rate (CAGR) of 212%, from 2 Mn users in 2016 to 90 Mn users in December 2019 — and could attract foreign direct investment (FDI) of more than INR 10,000 Cr over the next few years, as well as generate 1.5 Bn online transactions by 2023.

The NITI Aayog report talks about uniform countrywide regulations for fantasy sports to ensure growth in the industry and removing the impediments caused by continuous legal challenges against all forms of online real-money gaming in different states.

The question arises: Is this proposal legally feasible since several states as mentioned above have already banned online real-money gaming including fantasy sports, and would probably be unwilling to go back on a decision that they ostensibly made in the public interest.

Surbhi Kejriwal, Partner at Khaitan and Co, felt that NITI Aayog’s proposal could indeed see the light of day.

Kejriwal told Inc42 that while gambling is a state subject and different states can frame their own laws for the same, pursuant to the judgment of the Supreme Court in RMD Chamarbaugwala v. Union of India, games of skill are not held to be gambling activities but are commercial activities, which are protected as a fundamental right under Article 19(1)(g) of the Constitution of India.

“Thus, while some states have put a ban on real money online gaming, the constitutionality of these laws is sub judice. If it is proven that the said game is a ‘game of skill’, the ban may not be permitted. Thus, suggestions made in NITI Aayog’s document are legally feasible,” she added.

The NITI Aayog report also proposed the creation of a centrally administered and nationally available safe harbour for games of skill.

Safe harbour provisions are found in certain laws and provide that certain conduct will be deemed not to violate a given law. For instance, in gambling laws, games of skill are exempt and may be deemed to be a safe harbour. Kejriwal elaborated on the same.

“This concept may be introduced for games of skill by specifically permitting a given game under a state gambling statute/law. This provision may be like the current exemption to betting on horse racing under various state statutes. An example can also be given of the state laws of Sikkim and Nagaland where certain games are deemed games of skill,” she told Inc42.

But will safe harbour provisions discourage the barrage of legal challenges faced by fantasy sports operators and online real-money gaming companies today? Kejriwal said that it will depend on the nature of such guidelines, their scope and applicability in different states.

“One hopes that games that have been deemed to be games of skill by various courts (rummy, poker, fantasy sports) find their way into these safe harbour provisions. This would provide the industry with much-needed stability,” she said.

The NITI Aayog report also talks about the need for the creation of a single self-regulatory body for the online fantasy sports industry, to be governed by an independent oversight board, a proposal welcomed by experts.

Santosh N, Managing Partner, D and P Advisory LLP and external advisor, Duff & Phelps, felt that the constitution of such a body would put the Indian online fantasy sports industry on a path of growth similar to that witnessed in the West, where self-regulation and safe harbour norms helped proliferate an entire industry, working in tandem with the NFL (National Football League) and NBA (National Basketball Association) competitions.

“Online Fantasy Sports Platforms (OFSPs) having independent oversight, will lead to the formulation of a framework to identify legal playable formats; creation and implementation of a uniform pan India policy on fantasy sports as against the presently ambiguous state-wise regulations; and, will also serve as a dispute resolution mechanism between various parties, thereby reducing the burden on courts,” Santosh told Inc42.

He added that while NITI Aayog proposes a prohibition on pay-to-play formats on OFSPs for users below 18 years, it will be extremely difficult to monitor and regulate the same.

Are OFSPs Serious About Age Restrictions?

Interestingly, the Federation of Indian Fantasy Sports, a self-regulatory organisation for OFSPs in India, which has market leader Dream11 as its founding member, also says in its charter that its member companies won’t offer pay-to-play formats to users below 18 years of age. However, Bimal Julka, Chairman, FIFS, didn’t explain the mechanisms used by OFSPs to enforce the age restrictions.

“As India’s first and only self-regulatory industry body for fantasy sports, we have created standards of best practices and a consumer grievance redressal mechanism for our member operators and fantasy sports users. These guidelines provide equal opportunities for all operators, protect the consumer’s interests and curb possible malpractices in this sector,” Julka told Inc42.

Dream11 also welcomed the NITI Aayog report, without elaborating on how the age-limit restrictions are enforced by OFSPs currently.

Tech experts Inc42 spoke to, were of the opinion that the current mechanisms used by OFSPs and online gaming companies aren’t sufficient to ensure that users below 18 years of age don’t engage in pay-to-play formats on these websites.

As of today, a user can simply register on Dream11 or any of the other OFSPs through Facebook or Google. So, someone who’s below that age, but has a family member or friend as a user on an OFSP, could simply use a computer or mobile device with saved passwords to access pay-to-play formats for online fantasy sports.

The lax enforcement of age restrictions by OFSPs could result in states being unwilling to permit safe harbour provisions for games of skill in their gambling/gaming statutes.

The NITI Aayog report also consists of guiding principles, to be treated as a “uniform regulatory sandbox”, which may be recalibrated based on ongoing developments in the sector.

Can OFSPs Move Past “Guaranteed Winnings” In Ads?

Besides the above-mentioned points, NITI Aayog’s guiding principles also talk about the advertising of fantasy sports contests, which should be in compliance with the standards laid down by the Advertising Standards Council of India (ASCI).

The NITI Aayog report reads, “advertising for fantasy sports contests should neither imply that winnings in a contest are ‘assured’ or ‘guaranteed’, nor project fantasy sports as anything other than an amusement and fan engagement activity.”

Inc42 found an online advertisement being run by BalleBaazi, the fantasy sports platform operated by BaaziGames, which “guaranteed” winnings to potential customers.

It is worth adding that the advertising guidelines issued by ASCI for online gaming companies are very robust, and will apply to advertisements that are legally permitted from December 15, 2020.

Meanwhile, NITI Aayog has also invited comments from stakeholders on its report by December 19, 2020.