Vernacular Microblogging Platform Koo Raises Series A Funding From 3One4 Capital, Others 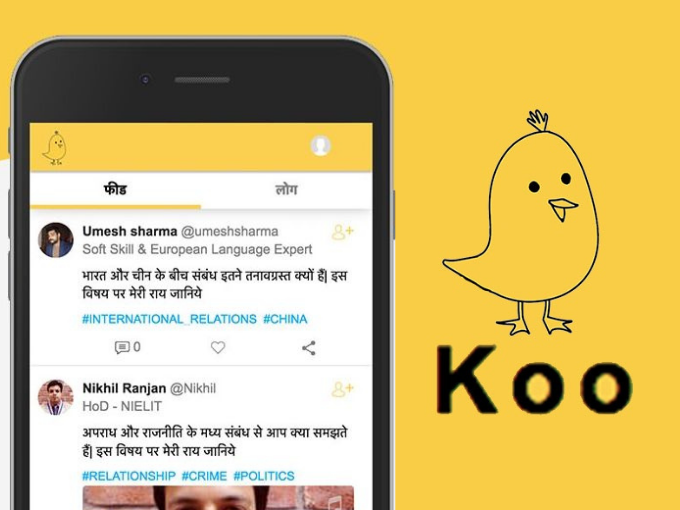 Bengaluru-based venture capital fund 3one4 Capital has come on board as a new investor in the $4.1 Mn round

Regional language focussed microblogging app Koo has raised $4.1 Mn as part of its Series A funding round from Bengaluru-based venture capital fund 3one4 Capital, which has invested along with the likes of Accel Partners, Kalaari Capital, Blume Ventures and Dream Incubator.

The startup said the funds raised will be used to ramp up capabilities in the engineering and marketing teams to solve problems unique to the Indian market and increase awareness about the app.

Koo was launched in March 2020 by Bengaluru-based vernacular language Q&A platform Vokal’s cofounders Aprameya Radhakrishna and Mayank Bidawatka. Radhakrishna, who is the CEO of Koo,  said that existing microblogging platforms have not been able to grow beyond the English-speaking population, which is the gap Koo is looking to close. The app is available in multiple languages such as Hindi, Kannada, Telugu, Bengali among others, besides English.

Anurag Ramdasan, principal, 3one4 Capital, said: “Koo is a very valuable and powerful platform in the Indian context. Social platforms focused on India need to be highly contextualised to the audience here beyond languages and must include community, moderation and content relevance. Both Aprameya and Mayank are proven entrepreneurs and have built large internet businesses before. We are happy to partner with them to make this atmanirbhar vision become a reality and to build sustainable and socially relevant platforms.”

The fundraise comes at a time when microblogging platform Twitter, which has over 100 Mn users in India, faces intense scrutiny over allegedly not complying with government orders to suspend accounts or tweets.

Reports this week suggested that the government may look to take action against Twitter India officials, with a seven-year jail term also being a possibility. On January 31, the government had issued order to Twitter to block 257 URLs and the above hashtag for allegedly spreading misinformation and provoking violence. While Twitter did act on this, it soon restored the accounts in question.

The social media giant is now under fire by the government for allegedly not complying with the Section 69-A orders to take down content that had incited violence, according to government claims. India’s IT ministry is said to have issued a notice to Twitter over the alleged non-compliance to block certain accounts that were using a hashtag related to the farmer protests in India and alluding to a genocide.

With the brouhaha having brought international attention to the farmer protests in India, a wave of Indian personalities have tweeted in the past 24 hours in support of the government. This has also brought sharp attention to Twitter’s decisions in the past to ban ex-US President Donald Trump from the platform, and many have called for a homegrown alternative to the microblogging app citing interference in free speech.

Besides Koo, microblogging app Tooter also gained some prominence in the wake of the Chinese app ban last year. While Tooter already has the accounts of prominent Indians such as Prime Minister Narendra Modi, some of his cabinet ministers, as well as Indian cricketer Virat Kohli, a look at the source code reveals that the website is scraping its content from Twitter.  This is besides other issues in its privacy policy document, that Inc42 had reported on extensively in November last year.