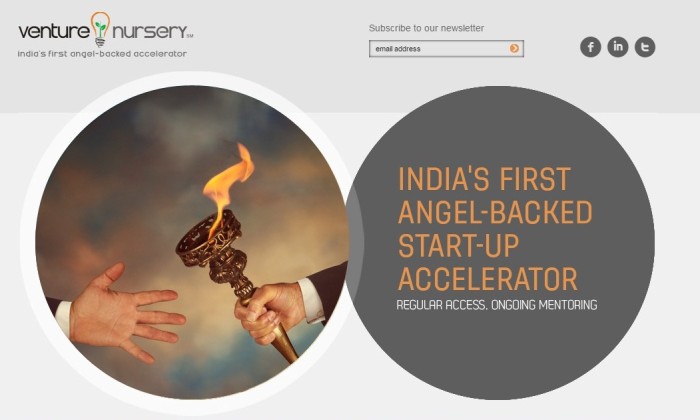 India’s first angel-backed accelerator,VentureNursery, has signed a MoU with Paris&Co, the economic development and innovation agency of the French capital city, to help its graduating companies explore the French market.

The partnership will benefit the participants and alumni of VentureNursery to explore French market and in turn, the Paris&Co incubated startups will be offered varied services by angel-backed accelerator.

Under the MoU, the founders of VentureNursery alumni ventures will be allowed to go to Paris, be escorted with a Paris&Co executive as their local buddy and operate out of any of ten Paris&Co incubators for a pre-defined period. These alumni will also get access to two hundred startups in Paris, housed at Paris&Co, to share knowledge and connections, avail business support services about doing business in France, and attend events conducted by Paris&Co. It is to be noted that these facilities given to VentureNursery alumni will be not charged at all.

Besides, any VentureNursery alumni founder desirous of staying longer than three months to explore the market, conduct market research or build connections, can do so for up to twelve months at a preferred price, including highly subsidised residential accommodation.

While, in return VentureNursery will support Paris&Co incubated startups by offering work space for a pre-defined period at no cost. The Indian accelerator will also offer advice on setting up, doing business in India and connecting them to India’s entrepreneurial ecosystem along with access to VentureNursery events.

Both the partners aim at focussing startups in IT, consumer technology, fintech, healthcare, cleantech, travel and tourism domain.

VentureNursery co-founder Ravi Kiran said, “Since inception VentureNursery has nurtured several world class startups that are solving real-world problems for the customer and building scalable businesses. Our partnership with Paris&Co will open up opportunities for our alumni ventures to explore international markets.”

Founded in March 2012 by angel investors Shravan Shroff and Ravi Kiran, VentureNursery is an accelerator programme that focuses mainly on six sectors – media and entertainment, retail, ecommerce, consumer technology, education and cleantech. It has accelerated more than 15 startups till date, 10 of whom have subsequently secured seed funding.

Many of its alumni have earned global accolades like Ritesh Agarwal, founder of OYO Rooms, won Thiel Fellowship. Google chose SeekSherpa for its Google for Entrepreneurs Exchange in Astrolabs Dubai, Arya.ai was amongs the four Tomorrow’s Technology startups in the world in Silicon Valley Forum 2015 list, and on the International Innovators’ List of French innovation agency Paris&Co.