Chinese investments in Indian companies run deep, with the IPL’s new title sponsor Dream11 also counting Tencent as one of its investors 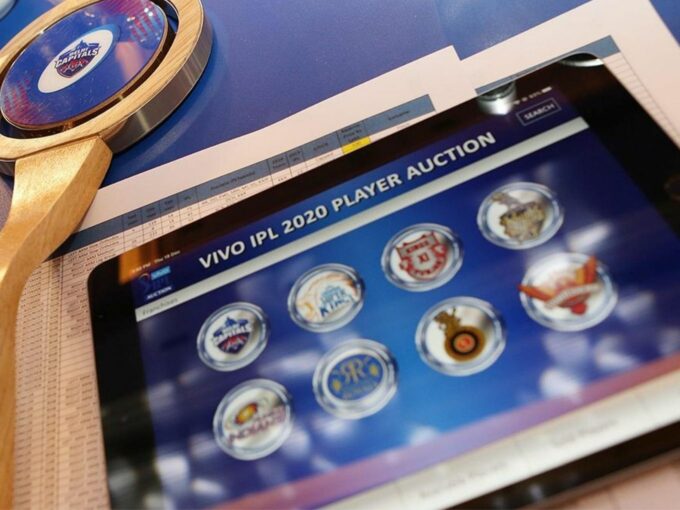 Amid growing scrutiny over the presence of Chinese companies and their investments in India, Indian fantasy sports platform Dream11 replaced Chinese technology company Vivo as the title sponsor for the Indian Premier League’s (IPL) 2020 edition. Dream11 has also been the official partner of the IPL since last year.

But does Dream11 winning title sponsorship rights promise less dissection into brand IPL and the indirect Chinese investments it receives? Not entirely.

Traders’ body Confederation of All India Traders (CAIT) on Wednesday (August 19) wrote to the Board of Control for Cricket in India (BCCI) raising objections over Dream11 winning the IPL title sponsorship rights since China-based Tencent Holding reportedly holds a majority stake in the company. Tencent Holdings led the $100 Mn Series D round of Dream11 in 2018.

In a letter to BCCI President Saurav Ganguly, CAIT wrote, “We are deeply pained to note that now Dream11 has been chosen as a sponsor of IPL 2020 which has Chinese company Tencent Global as one of the major stakeholders.”

“We are of the considered opinion that awarding sponsorship to Dream11 is nothing but a bypass route to neglect the sentiments and feelings prevailing among the people of India against China for its regular attempts to invade the interests of India,” CAIT added.

Dream11 is also one of the sponsors for many IPL teams such as Chennai Super Kings, Kings XI Punjab, Delhi Capitals, Rajasthan Royals and Mumbai Indians. Besides Dream11, Indian foodtech unicorn Swiggy, which too has investments from Tencent Holdings, is an associate sponsor for the world’s richest T20 league.

With a closer perusal, one would realise that the deep-pocketed Chinese technology companies have a presence in every wing of India’s burgeoning sports industry, where the success of the franchise-based IPL has led to a mushrooming of similar league competitions in other sports as well. 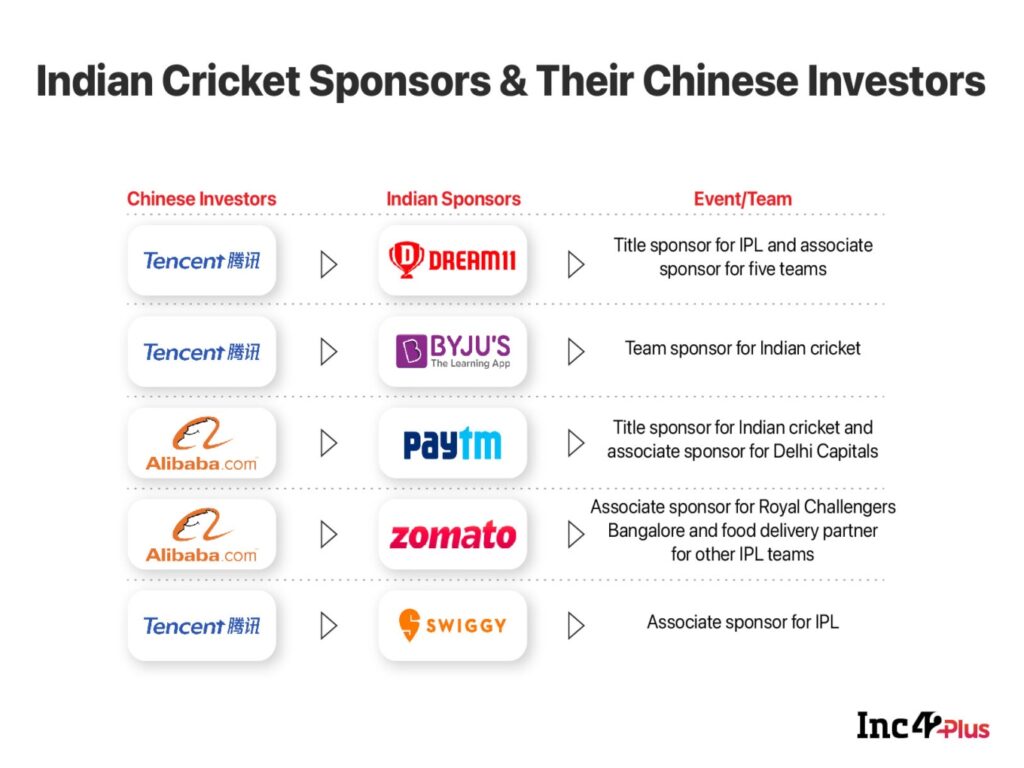 An indelible mark of Chinese investments in Indian cricket can be found on the team’s jersey. In 2017, Chinese phone-maker Oppo bid INR 1,079 Cr to win the team sponsorship rights from BCCI. According to the five-year deal it had signed with BCCI, Oppo reserved the right to be called the official team sponsor and the right to display a commercial logo on the clothing of the men’s cricket team, the under-19 side, the men’s A-Team and the women’s squad.

However, last year, Oppo signed a tripartite agreement with the BCCI and Indian edtech platform BYJU’S. The Chinese company transferred its sponsorship rights to BYJU’S, which became the team’s official sponsor. But is BYJU’S free of Chinese investments? Not quite.

BYJU’S also counts Shenzhen-headquartered Tencent Holdings as one of its investors. In 2017, Tencent invested $40 Mn in BYJU’S. Last year, Tencent, along with General Atlantic, was one of the lead investors in a $31 Mn funding round for BYJU’S.

Further, Indian payments company Paytm, which is the title sponsor for the BCCI and its international and domestic matches, counts Chinese multinational technology company Alibaba as one of its investors. Alibaba has a 37.15% stake in Paytm. It also has a 23% stake in Indian foodtech startup Zomato, which is an associate sponsor for IPL team Royal Challengers Bangalore.

Is It Prudent To Boycott Sponsors With Chinese Investment?

The list goes on, serving to highlight why the proposed call of removing Chinese companies, or Indian startups with Chinese investments, from sports, or any sector, is a lost battle, at least in the short run. This is because many Indian startups, upcoming and seasoned, have raised investments from Chinese companies and funds. The nascent Indian startup ecosystem, due to lack of domestic growth capital, has attracted investments from a host of foreign firms over the years, including those from China. Hence, doing away with Chinese investments requires more concerted effort than ripping a band-aid.

To use threats of boycott as a means of arm-twisting companies into letting go of their Chinese backers is a mindless exercise. Chinese money or not, these companies germinated from the minds of enterprising Indians. They have grown in India, are serving and employing Indians, — some like BYJU’S and Swiggy employ more than 10,000 people each, with Swiggy’s blue-collar workforce running into lakhs of employees — paying taxes in the country and making plans for a future that focuses on the Indian market more than any other.

To compromise the growth of these Indian startups, due to a changed geopolitical scenario, could jeopardise the already faltering Indian economy. More importantly, the collateral damage would be entirely Indian. The Chinese can put their money elsewhere. While data privacy has become a matter of national interest across the globe, India’s call for banning Chinese companies on the grounds of national security is a double-edged sword.

Praveen Khandelwal, the National Secretary-General of the CAIT, was immune to this logic. “What’s the point of Aatma Nirbhar Bharat, if we are still allowing these Chinese companies to invest in our country? At a time when the world is respecting us for taking a stand against China, we shouldn’t let Chinese money sponsor one of the biggest sporting events,” he told Inc42, adding that if a fully homegrown Indian investor is hard to find, the IPL should be cancelled for the year.

“The BCCI is the world’s richest cricket body. Can’t it cancel the event this year when the Olympics and Wimbledon and other big-ticket events have also been cancelled? We are not opposed to the IPL happening. But we should ensure that Chinese money has no role in the event. At a time when PM Modi has issued a clarion call for the nation to become self-reliant and be ‘Vocal for Local’, we should respect that and not allow Chinese any chance to benefit from Indian sports,” he added.