Startups Into Education, Health Sectors Can Be Game Changer For India: President Kovind

Startups Into Education, Health Sectors Can Be Game Changer For India: President Kovind 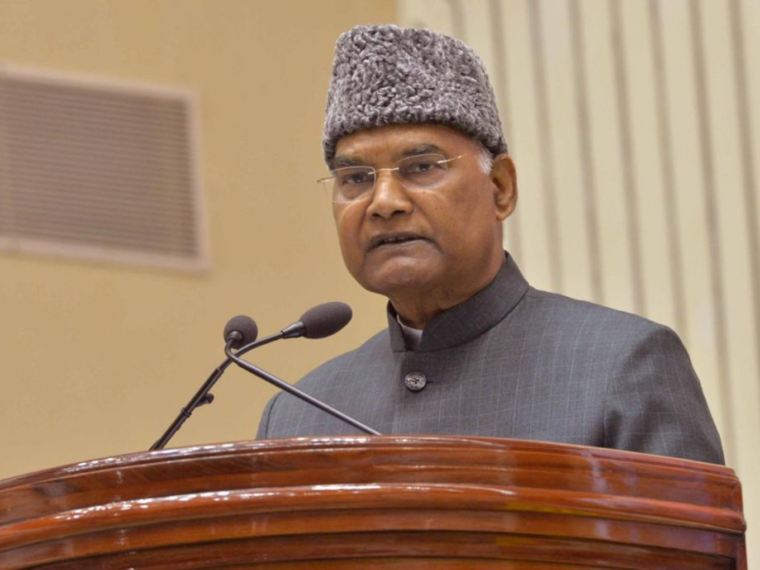 The recent stories of successful unicorns as well as startups have scripted new history in the country, he said

While appreciating startups, the President noted that from food delivery to picking up odd things, all kinds of services are provided by startups and app-based platforms

The foray of unicorns and startups into sectors including health and education can be a game changer for India in job creation and revenue generation, said President Ram Nath Kovind.

While inaugurating the permanent campus of the Indian Institute of Management (IIM), Nagpur (Maharashtra), he said an educational institute is not just a place of learning, but it is also a place that hones the inner capabilities and sometimes even hidden talents among students.

“The curriculum gives us the occasion to introspect within ourselves the purpose, the ambition and hence, fulfill our dreams,” the president said in a statement.

He expressed confidence that the infrastructure and ecosystem at IIM Nagpur, established in 2015, would encourage students to become job-creators rather than job-seekers.

Innovation and entrepreneurship are appreciated and encouraged in the present era. The stories of successful unicorns as well as startups have scripted new history in the country. It has opened more avenues as new sectors – health and education – are also coming under the loop of business enterprises, he said.

Some of the startups in the education sector include Bengaluru-based edtech behemoth BYJU’S, Mumbai-based unicorn upGrad, Vedantu that recently laid off both permanent and contractual employees, Unacademy that will soon launch offline centres, Delhi NCR-based B2B edtech Classplus secured $70 Mn in a Series D round in March 2022, among others.

Startups in the healthtech segment include, Mumbai-based Medikabazaar, Bengaluru-based epharmacy platform PharmEasy which is planning for IPO debut this year, health and wellness unicorn Curefit, Bengaluru-based telemedicine startup Practo, among others.

The President noted that from food delivery to picking up odd things, all kinds of services are provided by startups and app-based platforms.

Addressing the students, Kovind said that they live in an interconnected world and will soon be globe-trotters as professionals.

“However, in this pursuit, never forget the spirit and ethics of our country. You would be the emissaries of Indian culture and wisdom around the world and your performance would be the standard set for the entire country,” he said.

He also appreciated the IIM Nagpur’s Foundation for Entrepreneurship Development, which has successfully enabled women entrepreneurs to graduate, and six of them have even launched their enterprises.

Union Education Minister Dharmendra Pradhan, Union Road Transport and Highways Minister Gadkari, among others were also present during the inauguration of the campus.

Pradhan told the MBA students that developing economies of the world are looking at India with respect. He told the students to adopt backward villages, and teach and guide people.

Gadkari described the IIM Nagpur as a world class and state-of-the-art institute and said it was his dream to make Nagpur a hub of education, medical, logistics and information technology services.

Meanwhile, Maharashtra is one of those states, which has the largest number of entrepreneurs, according to the Department for Promotion of Industry and Internal Trade (DPIIT) till 2021 under the Startup India initiative. The other states which fall in the category include Karnataka, Delhi, Uttar Pradesh and Gujarat.

A few days ago, the Maharashtra government called startups in India to showcase their innovative solutions to the state government.

The Maharashtra State Innovation Society (MSInS) is going to organise the fifth edition of ‘Maharashtra startup week’ under the Department of Skills, Employment, Entrepreneurship and Innovation. It will be held between August 1- 5, 2022.

The program will provide a platform to startups to showcase their innovative solutions to the Government of Maharashtra. Top 100 shortlisted startups will present their ideas to a sector-specific panel of ministers, senior officers, investors and academic experts.

Twenty-four winning startups across all sectors will receive work orders of up to INR 15 Lakh from MSInS to pilot their solutions within the state with a relevant government department.

The startups will receive support in accessing government machinery and mentoring from its institutional partners for a period of up to 12 months to deploy their solutions.

The participating startups will get access to cloud credits, multiple events, connect with ecosystem players such as mentors, investors, among others benefits.

Interested startups with a minimum viable product can apply till May 30, 2022.