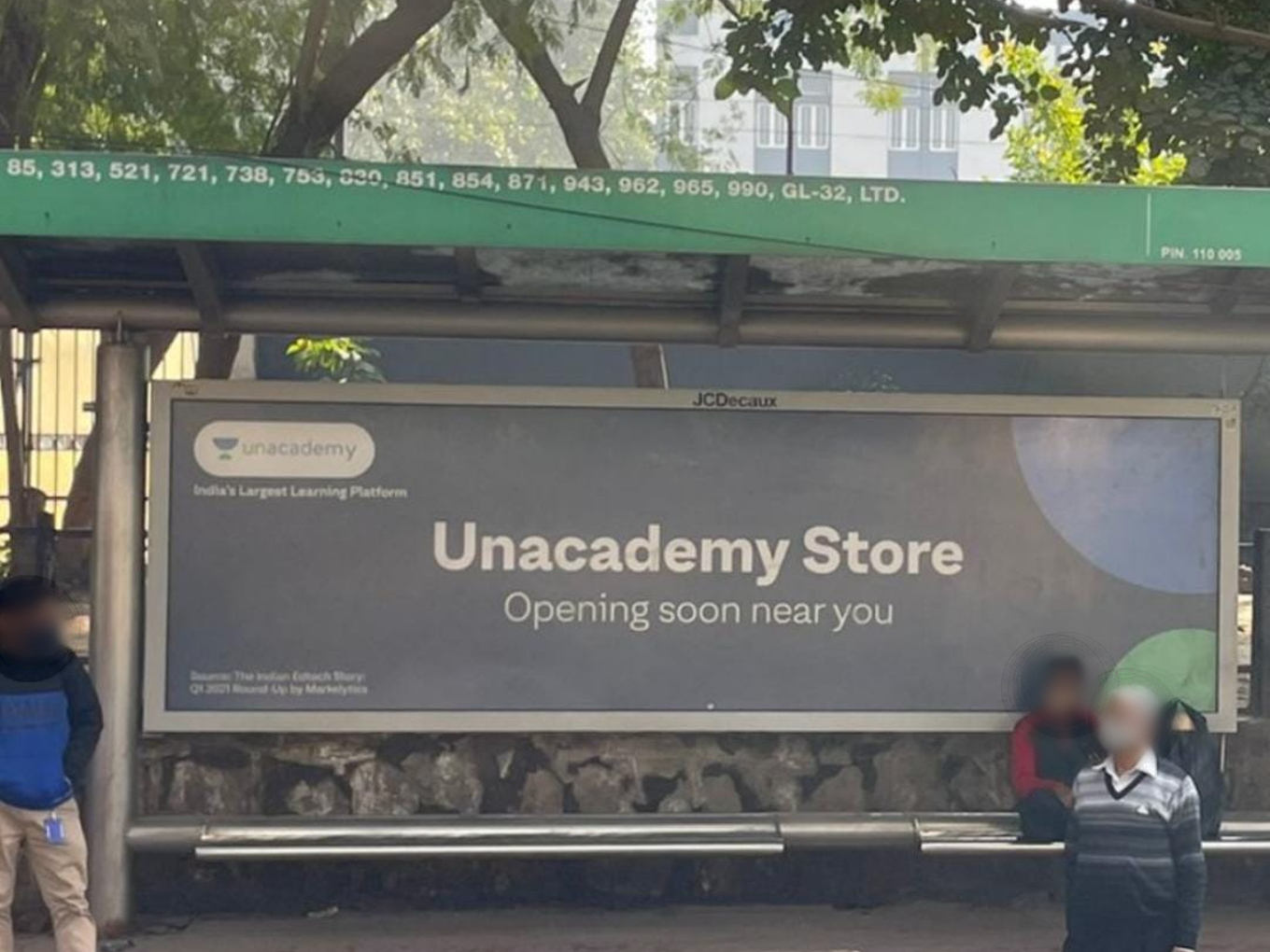 It looks like users will be able to have a walk-in experience via demos i.e how Unacademy teaches and students, as well as parents, will get counselling sessions

Going ahead with its expansion and growth plans beyond test prep, Unacademy is looking to launch offline experience centres dubbed as ‘Unacademy Stores’. According to Inc42 sources, the startup is looking to commence its physical presence starting with the Delhi NCR region.

The new venture’s posters were also seen across the city, stating — “Unacademy Store Opening Soon Near You”

According to hiring posts for managers for the experience centres, we were able to understand that Unacademy Store will majorly focus on walk-in experience via demos i.e how Unacademy teaches, provide counselling to students as well as parents and run marketing initiatives such as post-exam coaching admission events.

The move comes shortly after Unacademy cofounder Gaurav Munjal announced on Twitter, the startup’s plans to venture into celebrity-taught extracurricular courses. The venture, currently dubbed as ‘Unacademy Icons’ is slated to launch in 2022.

Prima facie, the venture seems to be the likes of FrontRow, Celebrity School, Artium Academy and Mento, where classes would be taught by notable celebrities of the field. The working model would only be clearer once the unicorn comes out with the launch officially.

Edtech — From Classrooms To Zoom To Hybrid

Experience centres have become a sought after addition to digital and internet companies, bridging the gap between ecommerce and retail experience.

Moving towards the hybrid model, other edtech platforms such as Extramarks, FITTJEE, among others too, offer both physical as well as online learning experiences.

After BYJU’s acquired one of India’s largest brick and mortar education platforms Aakash Institute, the edtech decacorn acquired 200+ physical coaching centres across 130 cities — a hybrid learning experience. It is also looking to open BYJU’s school, taking a step further in bridging the digital and classroom learning divide in the edtech sector.

BYJU’s is also testing a new model where students can visit physical/offline education centres for classes. Inc42 exclusively reported that in the new model, BYJU’s will give lessons to students from 6-10th standard through video conferencing; while in some cases, teachers will be present in-person to impart knowledge to the students.

The Many Faces Of Unacademy

In 2010, Gaurav Munjal started Unacademy as a YouTube channel. Five years later, it was officially registered as an edtech startup based out of Bengaluru.

The unicorn offers preparation study material for several professional and educational entrance exams in the form of live classes both free and via subscription.

The Unacademy app and website offer test prep material for IIT-JEE, UPSC, SSC, NEET, GATE, among others. In 2021, it launched Relevel, a new gamified product to enable job-seekers to showcase their skills and get employed at some of India’s largest startups.

The startup also has a third branch, Graphy, that allows content creators to grow their audience, monetise their skills, and host live cohort-based courses.

The entrance exams-focussed learning platform has been aggressively building its presence across new categories and exploring international expansion, cofounder Roman Saini had claimed in December 2021.