Are podcasts the new battlefront for music streaming services in India? 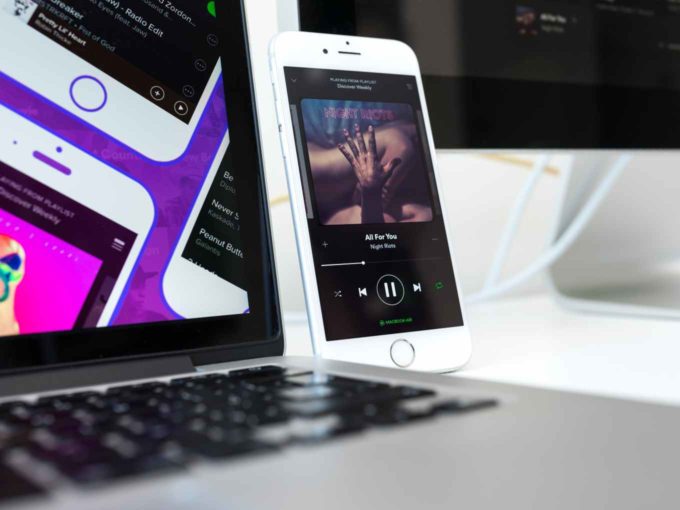 Music streaming giant Spotify has launched its original audio-based content for the Indian market called Spotify Podcasts Originals. With over 2 Mn MAUs in India, the Swedish company has been expanding its focus on the Indian market with various offerings including a Lite app, cheaper subscription plans and playlists catering to regional language music and listeners.

Spotify Podcast Originals builds on the strategy employed by other OTT players in India, who have focussed on creating localised content which is specifically targeted at Indian audiences.

High-profile and popular creators have been brought on board for shows such as the cricket-centric 22 Yarns with Gaurav Kapur, fiction thriller Bhaskar Bose narrated by Mantra Mugdh, and love and relationship advice-based Love Aaj Kal by Aastha & Ankit. These three shows are expected to go live on Spotify on December 3.

Speaking to Inc42 at the launch event, Batra said, “We are starting with thriller, love relationships and cricket podcast because Spotify data shows that maximum users are searching for these themes.”

Spotify’s focus on podcasts is not surprising in the least as this format seems to deliver great engagement among enthusiasts. It said India features in the all-time top 3 streaming markets for Marques Brownlee aka MKBHD’s Waveform: The MKBHD Podcast, and for On Purpose with Jay Shetty, a show that’s been number 1 on Spotify’s India podcast chart since launch.

On the narrower focus around Indian regional language content, Batra told us, “We want to be storytellers first, if a creator wants to do a story in a certain language, we will go there. But overtime you can expect us to enter vernacular language content.”

Podcasts Swell Up In Indian Market

Audio shows are not a new product for Indians, who are still tuning in to radio devices across the length and breadth of the country.  And now with the country’s growing internet penetration and increased smartphone adoption, cheap and easy access to podcasts holds great potential.

JioSaavn, for instance, strengthened its podcast vertical with shows featuring popular celebrities such as Neha Dhupia and Kalki Koechlin, along with radio personalities such as Neelesh Mishra and creative adaptations of famous biographies such as poets and lyricists Amrita Pritam and Sahir Ludhianvi.

According to Batra, India is also currently in the top ten streaming markets for TED Talks Daily and The Mindset Mentor and among the most streamed podcasts are Stuff You Should Know, and BBC’s Global News Podcast. Interestingly, for India, 60% of the top 10 podcasts on Spotify are in the self-help or self-motivation genre. The streaming giant claims to have over 500K podcast titles on the platform, up from 10K in 2018. It said that in terms of listening hours for podcasts, the growth has been approximately 39% globally from Q2 2018 to Q3 2019, with a majority of the growth and listening coming from outside the US.

Mumbai-based podcast startup Kuku FM is looking to tap into regional podcasts and long-form audio content. It raised an undisclosed amount from 3one4 Capital, Shunwei Capital and India Quotient. Founded in 2018 by IIT alumni Lal Chand Bisu, Vinod Meena and Vikas Goyal, Kuku FM is a podcast platform that is trying to reinvent the traditional radio by allowing listeners to discover new, emerging and diverse audio content. It claims to have over 2100 podcasts from more than 1000 creators in one year of its operations.

Another competitor IVM Podcasts expanded scope of podcasts from entertainment to educational and journalistic shows such as Ganatantra, The Seen and Unseen, Puliya Baazi and more with a specific focus on India’s policy and governance issues. Further, independent publications such as NewsLaundry have also debuted podcasts bringing daily news updates through audio format on Apple Podcasts, SoundCloud, IVM and other platforms.

Even serial entrepreneurs such as Ronnie Screwvala, GoQii’s Vishal Gondal have taken the podcast route to share the learnings of their entrepreneurial journey through personal podcasts.

Spotify Growth In The Indian Context

Earlier this month, Spotify reported having outperformed its expectations in India for Q3 2019. Overall, Spotify recorded a 30% year-on-year (YoY) growth in its global monthly active users (MAUs) totalling to 248 Mn.

In terms of revenue, Spotify has generated EUR 1,721 Mn in this quarter, which accounts for 28% YoY growth. In addition, the revenue from subscription plans had grown by 29% YoY with EUR 1,561 Mn total revenue.

Spotify India rolled out a Spotify Lite app in July this year to attract users with basic smartphones, predominantly from Tier 2 and 3 cities. Spotify Lite also has a data limit option so users from small towns and those with basic smartphones don’t have to worry about high data usage. In India, the company recently launched Family and Student plans as well to attract more users. These initiatives have seemingly paid off handsomely for the streaming giant.

Its latest analysis of the reach during the Diwali festive season found that Bihar led the way in the state-wise streaming charts for Diwali-related music between October 18 and October 28, 2019.

Speaking to Inc42 in an earlier interaction, India head Batra said Spotify is targetting value-conscious users in India with the various Spotify Premium plans — right from daily, weekly, monthly, annual, to family and student plans. “Globally, approximately 45% of our users pay for Spotify. In India, users are still moving from illegal pirated content, and while more and more people are moving to legal, free streaming services, only less than 1% of the users pay for music,” he said, adding that Spotify it is above that industry benchmark for paying users.